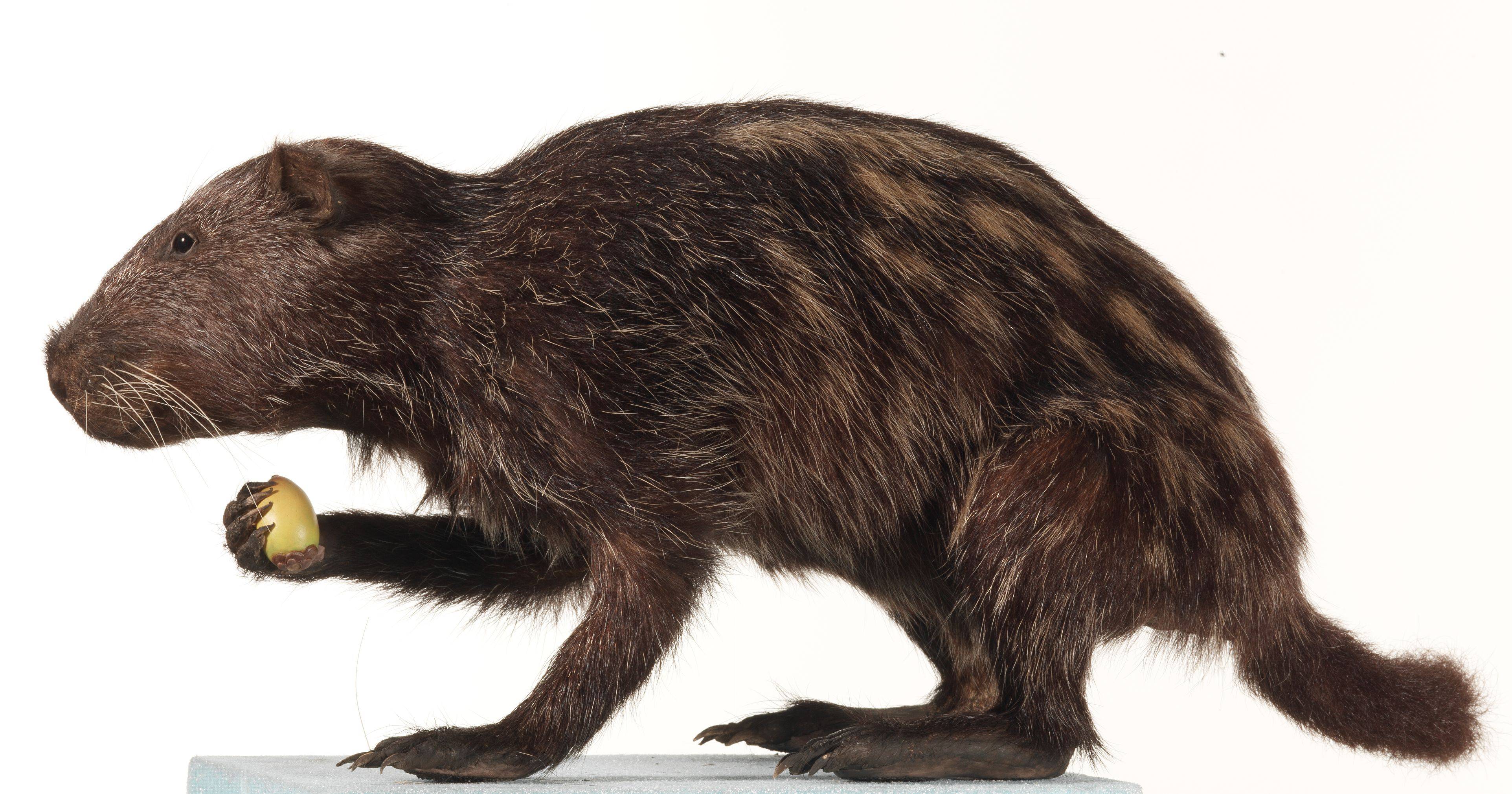 The Pacarana (Dinomys branickii) is a large species of rodent native to South America. It is the only living member of the family Dinomyidae. Dinomyids were more diverse in the past, with around eight fossil genera known. The Pacarana ranges from Colombia to Bolivia and inhabits the slopes and valleys of rainforests in the Andes Mountains. It is the third largest living rodent weighing up to 15 kg. Its upper body is typically blackish with two discontinuous white stripes along the back with a few rows of white spots down each side. The Pacarana has plantigrade feet meaning it walks on the soles of its feet like humans and bears rather than on its toes like many other rodent species.1 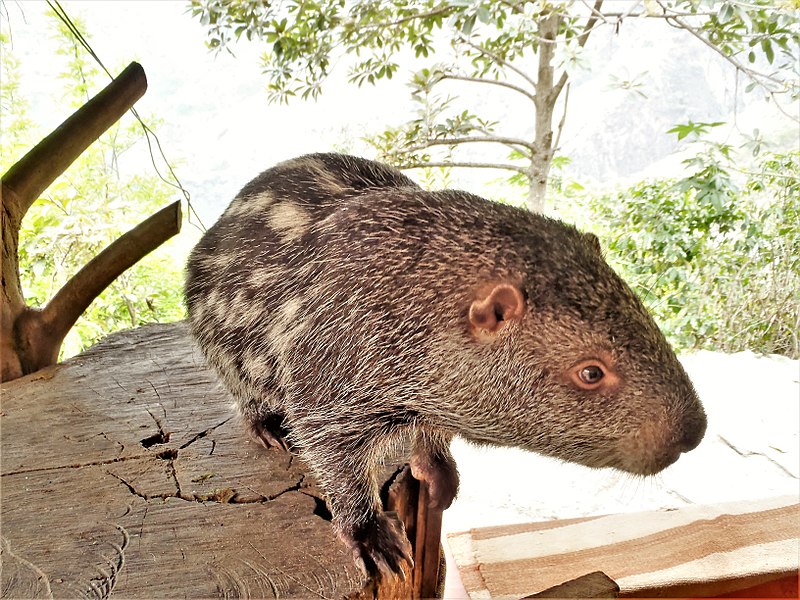 The Pacarana is rare, and very little is known about its behavior in the wild. The image below is of James L. Patton collecting a Pacarana in 1977 in Peru. The specimen is now housed in the Mammal Collection at the Museum of Vertebrate Zoology at Berkeley. Patton is a well-known mammalogist and supporter of collections-based research. In 2015, the American Mammal Society created the James L. Patton Award to promote and support museum-based research by graduate students. 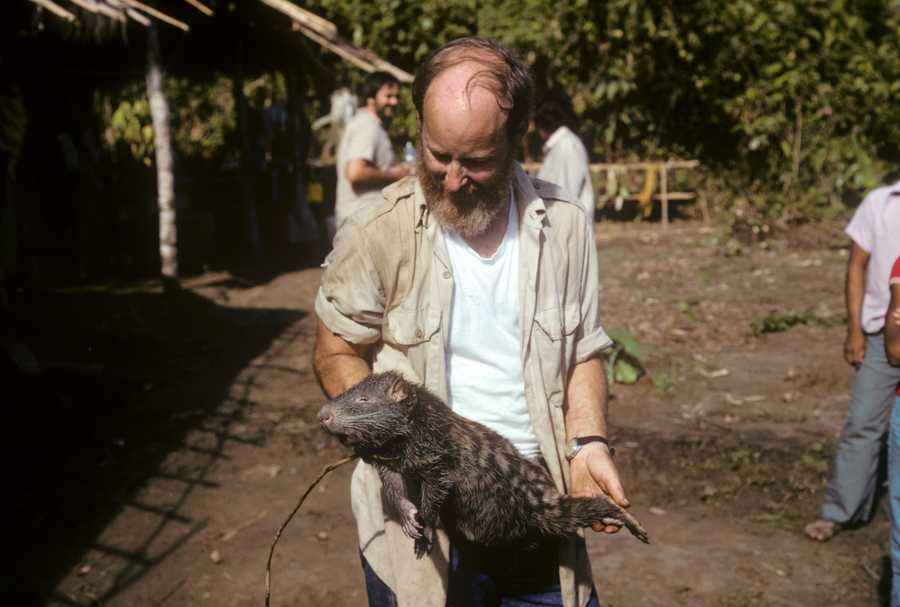