Public engagement in scientific research (sometimes referred to as citizen science) is not new, but new web resources (e.g., from the Zooniverse, Cornell Lab of Ornithology, and USA National Phenology Network suites of projects) provide scientists with opportunities to engage the public in ways and at scales not previously possible.  At the same time, the public is increasingly provided with opportunities to learn how to do science and, in some cases, co-design and implement the experiments with scientist partners (e.g., with functionality at CitSci.org). This is leading to a democratization of science, in which the public has a more direct role in doing research meaningful to them (e.g., determining floristic changes in a local natural area).

Many of the current ecological/environmental citizen science projects focus on generating present-day occurrence data on populations, species, and communities. Biodiversity research collections (biocollections) represent an opportunity to produce complementary historical baseline data on distributions using the roughly 1 billion specimens in U.S. institutions collected over the past 250 years. However, information about a majority of those specimens has yet to be digitized and made available to the world online.  iDigBio is working to enable the creation of this digital historical baseline in many ways, including ways that engage the public in the digitization of specimens that are most relevant to the contributor's interests. Engaging the public in digitization intersects in powerful ways with iDigBio's Education and Outreach goals, as well its Digitization, Cyberinfrastructure, and Research goals. 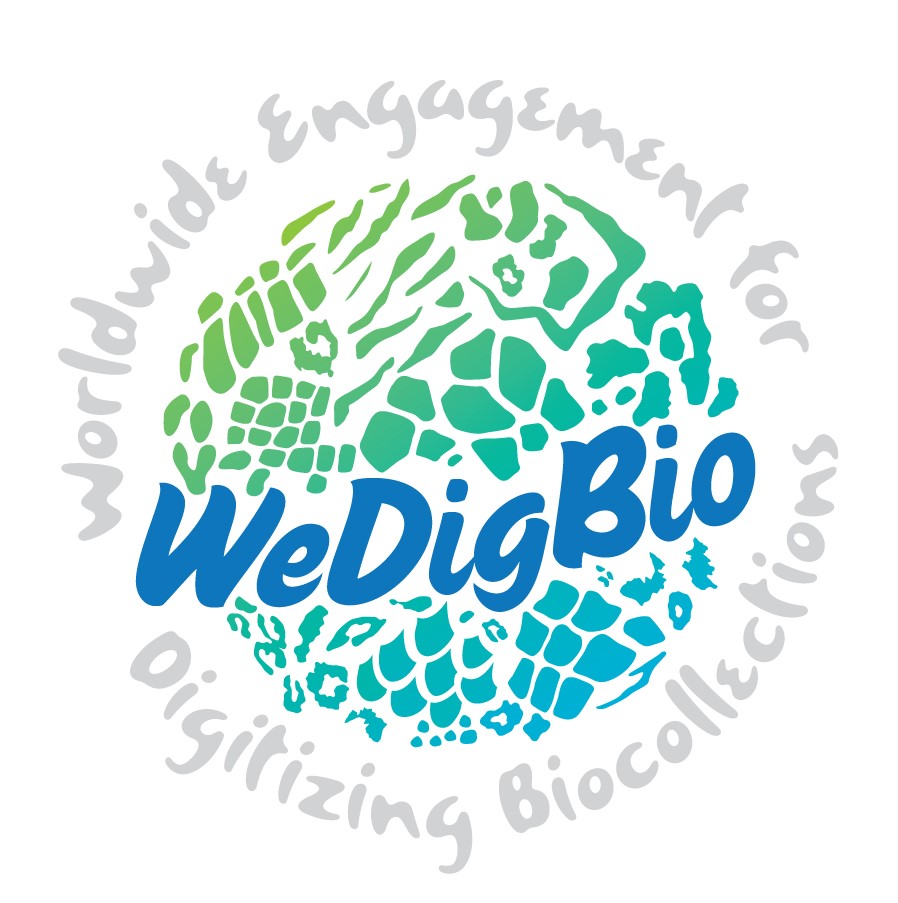 This year, iDigBio is excited to partner with other projects to produce the inaugural Worldwide Engagement for Digitizing Biocollections (WeDigBio) Event—a potentially huge boost for engaging the public in digitization and increasing science literacy in this domain.  The event's core leadership team includes researchers from Florida State University, Smithsonian Institution, University of Florida's Florida Museum of Natural History, Australian Museum, and the major online transcription platforms, including the U.S.-based Smithsonian Transcription Center, Zooniverse Notes from Nature, and Symbiota, the Australia-based DigiVol, the UK-based Herbaria@Home, and the France-based Les Herbonautes. The 2015 WeDigBio event is from October 22–25, and we hope that it will become a major annual event for the biocollections community thereafter.  During the event, participants can contribute at one of more than twenty onsite transcription parties globally or from a web browser at the location and time most convenient to them.  For more information on how to participate, visit the event website.  If you are a curator and would like additional context for the event, check out the plenary talk from the 2015 Society for the Preservation of Natural History Collections Conference by iDigBio's Austin Mast.

The WeDigBio event is just one of several Citizen Science-related iDigBio activities.  Examples of others include the Public Participation in Digitization of Biodiversity Specimens Workshop (Sept. 28-29, 2012), the CITSCribe Hackathon (Dec. 16–20, 2013), the CITStitch Hackathon (Dec. 3–5, 2014), and the simultaneous graduate-level course on Citizen Science at Florida State University and University of Florida (Spring 2015).