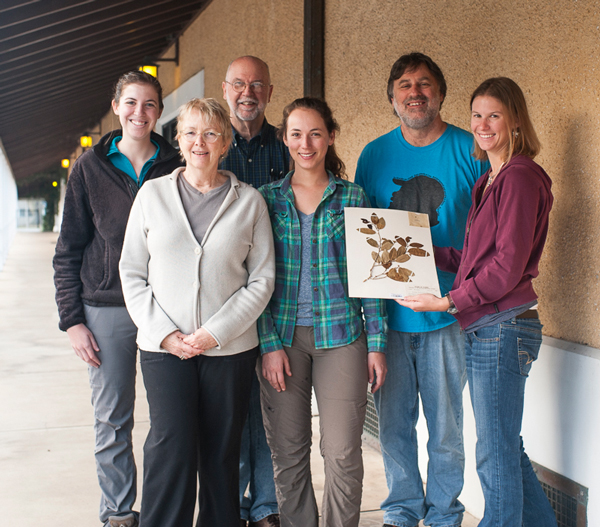 iDigBio, Archbold Biological Station, Tall Timbers Research Station (TTRS), and the Godfrey Herbarium at Florida State University (FSU) teamed up the weekend of January 18th and part of the following week to image Archbold’s entire herbarium collection. Joanna McCaffrey and Gil Nelson hauled a carload of contributed technology, including camera stations and equipment provided by TTRS and FSU and iDigBio’s new OR Technologies lightbox, to the south-central Florida field station for the event.
The blitz closely followed the conclusion of iDigBio’s Mobilizing Small Herbaria workshop held in early December, 2013. Eric Menges, program director and research biologist at Archbold specializing in plant and fire ecology and conservation biology, and Kye Ewing, Archbold’s data manager attended the workshop. Discussions between Nelson and Menges leading up to and following the workshop launched the blitz. Our goals were to: test the newly acquired lightbox, evaluate several workflows, determine the feasibility of similar blitzes for digitizing small collections, continue building the North American Network of Small Herbaria (NANSH), and incorporate Archbold’s images and data into the Godfrey Herbarium database and image store along with those from Tall Timbers.
Archbold is a biological field station that protects 5,193 acres of the globally imperiled Florida scrub at the southern end of the Lake Wales Ridge, just south of Sebring. The station is an independent not-for-profit institution established in 1941 and provides a center for research opportunities for staff, visiting researchers, and students. The station houses a range of biodiversity collections, including about 230,000 specimens of plants, arthropods, birds, mammals, herptiles, and fishes, placing it among the most important repositories for Florida scrub organisms. Mark Deyrup, ecologist and entomologist at the Station, previously arranged for a valuable collection of  data about flower visitors to be deposited at iDigBio. Images and data acquired from the herbarium blitz will soon follow. 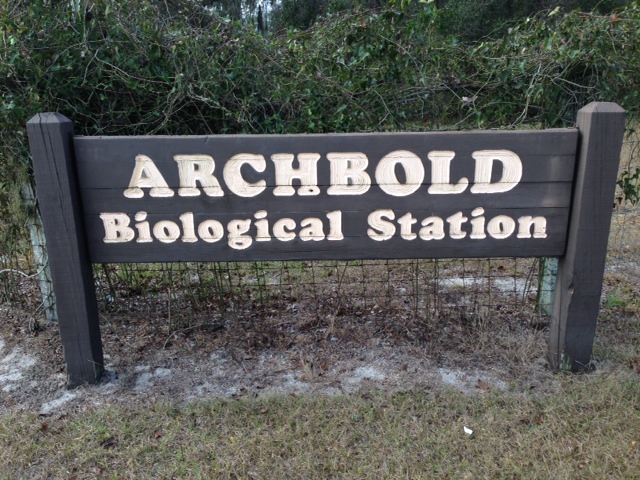 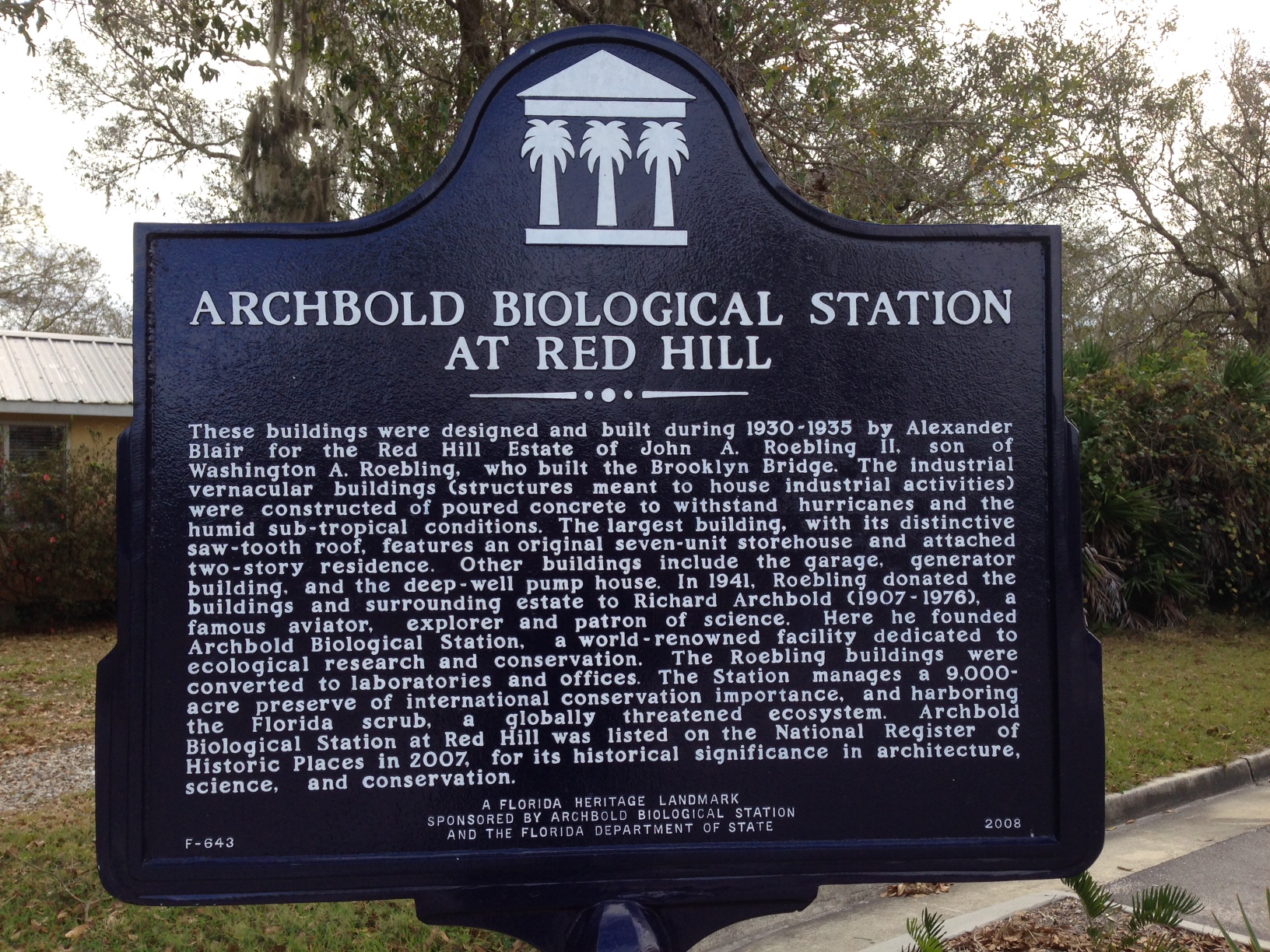 Prior to our arrival, research assistant Stephanie Koontz and Eric Menges coordinated efforts of several interns to curate the specimens in preparation for imaging, including applying bar codes, organizing the cabinets, and ensuring that at least a skeletal data record existed for each sheet. The team also ensured that bar code values matched the specimens' accession identifiers, which provided an easy method for establishing a link between records and image files and mirrored the approaches at FSU and Symbiota, the NANSH platform. Staff also configured a location for the imaging station within the herbarium, along with an expansive staging area used for queuing specimen stacks as they were removed from the cabinets. There were 6-12 steps between the cabinets and staging area and another 3-6 steps between the staging area and the imaging station. 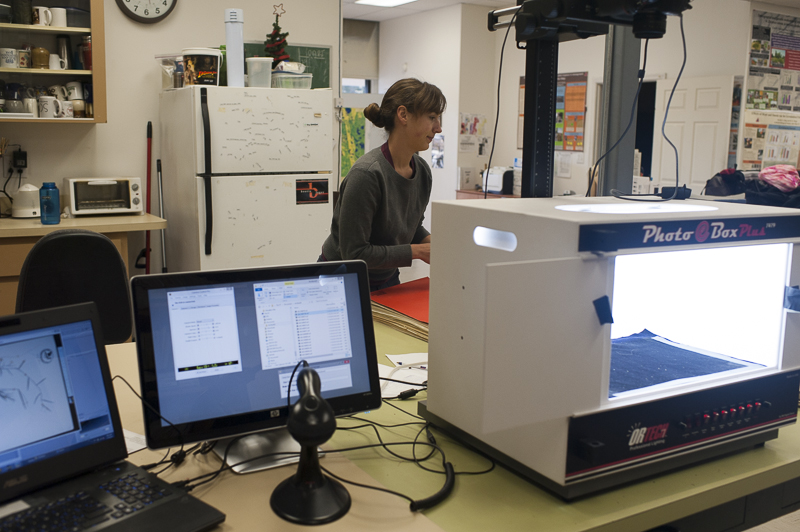 Our imaging station included a Kaiser 40 inch copy stand equipped with an OR Technologies Photo eBox and a Nikon D3x 24.5 megapixel camera equipped with a 50mm lens and MC-30 remote shutter release. Software included Nikon Capture NX2 for monitoring images, Nikon Camera Control Pro 2 for controlling the camera, Picasa Photo Viewer for examining image quality, a bar code reader, and FNIntercept (custom software designed to automatically rename image files to a scanned bar code value). Images were recorded on a 64-bit Asus laptop with 16 GB of memory and 1 TB hard drive running Windows 8.1. Images were recorded and saved as Nikon Electronic Format (NEF) files, Nikon’s raw file format. On close of business each day, all image files recorded that day were copied to a 2 TB Seagate back-up external drive, with the back ups allowed to run overnight. The following morning, a second computer was used to transfer the files from the first external drive to an equivalent second backup drive. The previous day’s files were then deleted from the laptop. Recording images from camera to external drive was far slower than transferring them to the internal drive, hence our decision to copy files overnight. Image processing, which included converting the NEF files to TIF and JPG formats, was accomplished offsite following return to our home station. We worked 12-15 hours per day to accomplish our goal. 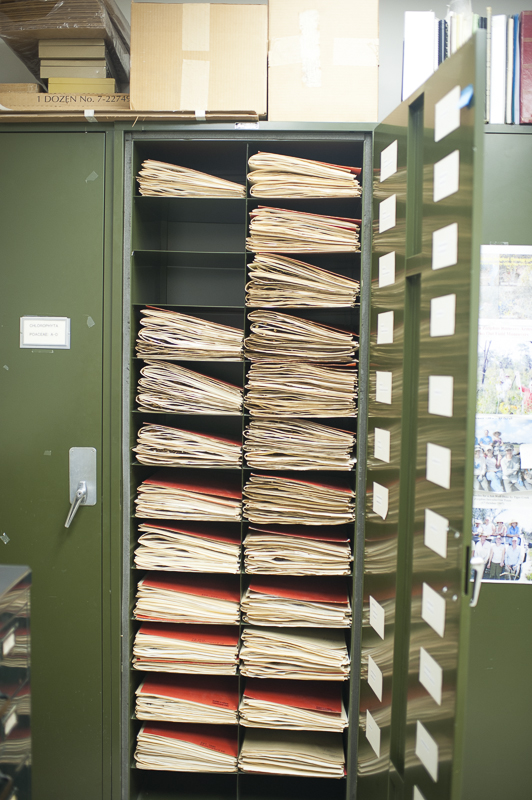 Our workflow involved several steps. At the beginning of a typical day we removed an initial 2-3 shelves of specimens to a queue in the staging area. Additional shelves were added to the queue periodically as completed stacks were returned to the cabinets. Our workflow pattern was essentially semi-circular, a design suggested and implemented by Eric during the first day of imaging. In this workflow, Technician 1 retrieved 1-3 folders from the first stack in the staging queue and moved them to a work surface adjacent to the lightbox (about 2 steps away). Technician 1 then removed a specimen from a folder and placed it in the lightbox to the left of the work surface before passing the empty folder right to Technician 2, who reunited the folder with the specimen following image capture. Technician 3 released the shutter on the camera using a remote shutter release, removed the sheet from the lightbox, scanned the bar code into an application that immediately renamed the file to match the bar code value, and passed the sheet to technician 2 who reunited the specimen with its folder. After all folders in a stack were re-assembled, technician 2 ferried the stack back to the cabinet, retrieved another stack, placed it in the queue, and returned to re-uniting folders and specimens. During the time required to re-shelve and retrieve, technicians 1 and 3 continued to image, resulting in no loss of productivity. 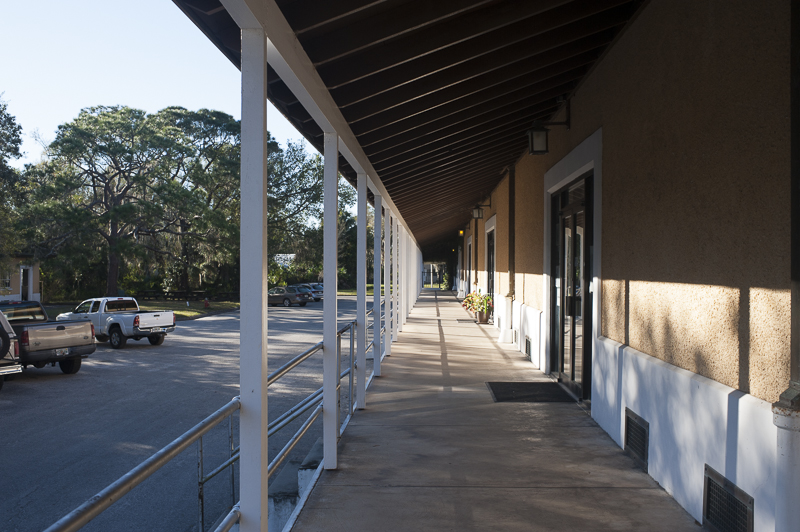 Technician 2 was generally able to quickly recoup the time lost while ferrying, allowing technicians 1 and 3 to maintain a consistent level of productivity. Interns Devon Pinklum and Jamie Peeler and research assistant Stephanie Koontz, all of whom have training in botany, served alternately in the Technician 2 and Technician 3 slots and provided delightful, efficient, and expert assistance. We had hoped to achieve a throughput of 100-125 images per hour, but with Devon, Jamie, and Stephanie alternating on the team we consistently maintained rates of 180 per hour with a high of about 188.  Although we were very pleased with the output of the lightbox, we wondered if we could have been even faster with an open copy stand. An open copy stand would have eliminated the need to contend with opening and closing the doors of the lightbox and the sheets may have flowed more smoothly and quickly from right to left, Technician 1 to 3. However, at our highest rate a sheet was placed in the lightbox at nearly the instant the previous sheet was being removed, suggesting that greater speed at this stage might have been physically impossible. 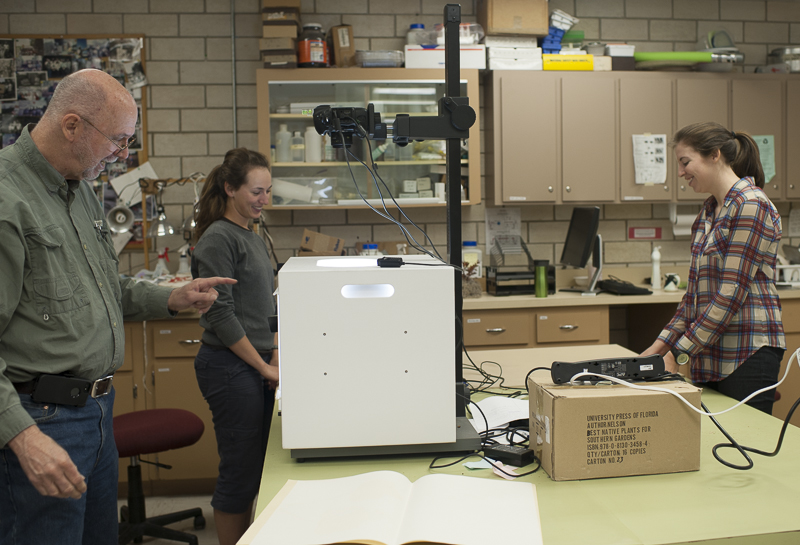 We also experimented with 1-, 2-, and 4-person workflows. A 1-person workflow, in which a single experienced technician disassembled folders, imaged, captured bar code values for file renaming, and reassembled folders yielded a rate of about 80 images per hour. This rate did not include transporting folders to the staging area nor returning stacks to the cabinets, though these steps were accomplished fairly quickly, given the size of the facility, and did not reduce the output significantly.  A 2-person workflow, with Technician 1 ferrying stacks to staging, disassembling folders, placing sheets in the lightbox, reassembling stacks, and returning stacks, and Technician 2 capturing the image, capturing the bar code for renaming, and reuniting specimens and folders yielded 100-125 images per hour.
The fastest workflow involved a 4-person team in which Technician 4 assumed the role of disassembling folders and passing the sheet to Technician 1 for inserting into the lightbox and passing folders to Technician 2 for reuniting with specimens yielded rates in excess of 200 images per hour. It should be noted that we experimented with the 4-person team near the end of the blitz, at which time all technicians were thoroughly familiar with each component of the workflow and occasionally eliminated bottlenecks by spontaneously assisting other technicians when unexpected or irregular conditions or obstacles occurred.
Next on the agenda is completing the image processing, uploading the images to NANSH and FSU, and completing a dataset for contributing to the iDigBio portal. Thanks to Archbold, especially Eric, Devon, Jamie, and Stephanie for an exciting and fun project, and for the outstanding accommodations in our little Dicerandra cottage. 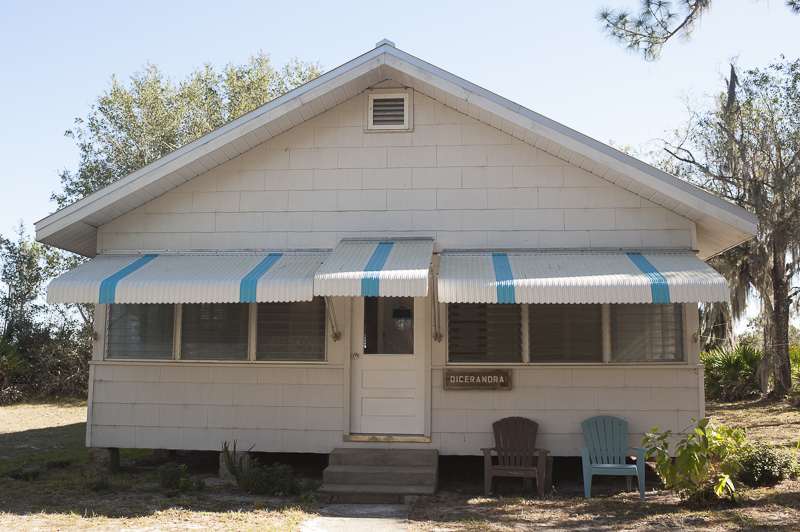