To Live Forever? The Mesmerizing Case of the Immortal Jellyfish 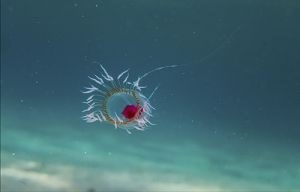 Is it possible to never die, to live forever? Surely, this is a question many of us have pondered at least once in our lives. Imagine the freedom it would grant us, to never face dying of old age; to be so lucky to witness infinite historical milestones, achievements of humanity and civilization, to witness the birth of new species, new stars, and perhaps even new universes. To have friends that truly may last an eternity!

While it may not be possible (yet?) for human beings to remove limits from our own lifespan, animal immortality does exist, and in a place you may not expect to find it.

Turritopsis dohrnii, a jellyfish found in tropical waters throughout the world, are biologically immortal - they cannot die of old age. In theory, if left in a perfectly stable, predator- and disease-free environment, they can live forever.

Biological immortality comes with a catch, however: they can still die from predation, extreme environmental instability, or disease.

How do these little jellies manage to be immortal? 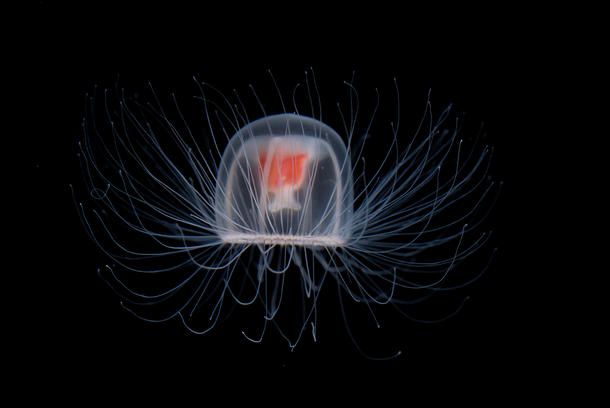 These jellyfish use a process called transdifferentiation to change their cells from one type to another, in a way that does not advance the aging process. Turritopsis dohrnii, start their lives as a polyp (their stage of infancy), maturing into their medusa stage (the adult form of the organism), and, when necessary, they can then return to their polyp stage, reversing the aging process entirely. They can repeat this cycle indefinitely, forever... at least until something interrupts the process.

Because of this remarkable life cycle, T. dohrnii has no maximum lifespan. If left truly undisturbed, they can, hypothetically, live forever.

This is in stark contrast to most jellyfish species, which have a fixed and relatively short lifespan - from many hours in some species, to many months in other species. Research on T. dohrnii has confirmed that all stages of the species, from the very youngest to the most mature, can return to their original polyp state to effectively start their life cycle anew, defying the aging process.

Environmental and physical stresses have been found to be triggers for this de-aging process in T. dohrnii. Environmental stresses such as temperature changes or reduction of water salinity as well as physiological stressors such as starvation or nonlethal body damage may all act as a trigger to begin the rebirthing process of this immortal jellyfish.

Fascinatingly, T. dohrnii may not be the only immortal animal out there. Another genus of - you guessed it - jellyfish, called Hydra, may also be immune to aging; Hydra jellies do not seem to ever age, staying permanently in their polyp state, never maturing, and never showing any biological signs of aging. Scientists thus hypothesize that members of Hydra, much like T. dohrnii, are also biologically immortal.

Naturally, T. dohrnii has been looked into by researchers for anti-aging research - scientists wonder if the biological mechanisms of immortality in this jellyfish may be investigated and applied to non-jellyfish species, including humans. Perhaps these strange, ageless jellies hold the key to everlasting life?

Interestingly enough, this process - the reversal and restart of the life cycle - has not been observed in the wild, as the process of T. dohrnii reverting from medusa to polyp stage is too rapid to easily be captured by researchers. This behavior has only been observed with captive T. dohrnii. Furthermore, while T. dohrnii are indeed biologically immortal, the threats of everyday life in their natural habitat - tropical waters around the world - cause virtually all wild species of this animal to succumb to death at some point. Nobody, not even the immortal jellyfish, are truly immune to fate.