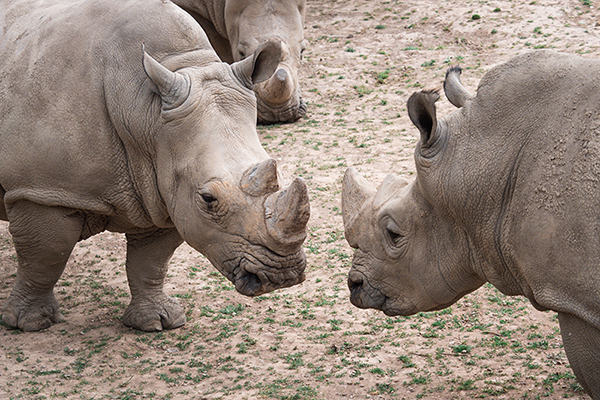 Article by: Zoliswa Nhleko, PhD candidate at the UF School of Natural Resources and Environment

There are two species of rhinos that inhabit Africa: the white rhino and black rhino. How the white rhino got its name is uncertain. There is one popular story that early dutch settlers referred to it as, wijde, Dutch for “wide,” which might have been because of their wide lip. The English, then, misconstrued the word to mean “white.” White rhinos have two subspecies: northern white rhinos and southern white rhinos.
They were saved from the brink of extinction in the 1960s from a single population in Umfolozi in KwaZulu Natal, South Africa. This was the successful work of Ian Player, Magqubu Ntombela and their colleagues. Dubbed Operation Rhino the team found, darted and transported the world’s second largest land animal over hundreds of kilometers to establish new populations. 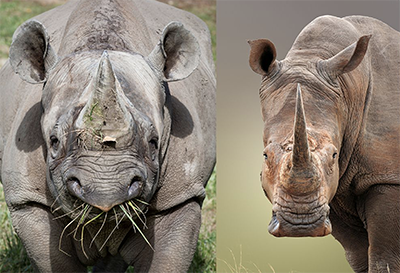 So…what is the difference between a black and a white rhino? Not  their color! Both rhinos are actually gray in color. You can tell them apart by their shape. The white rhino is larger (1 700 – 2 300 kg) in size compared to the black rhino (800 -1400 kg). They have a square upper lip for grazing grass while the black rhino has a hooked upper lip for grasping leaves (they are browsers).
Generally, black rhino calves walk behind their mother, while white rhino calves walk in front of their mother. Black rhinos have a reputation for being more aggressive and inquisitive compared to the more placid white rhino.Regardless though, if you ever come across a charging rhino…do not think you can outrun it! At 50 km/h white rhinos can run faster than trained athletes. Your best bet is climbing a tree to get out of the way. 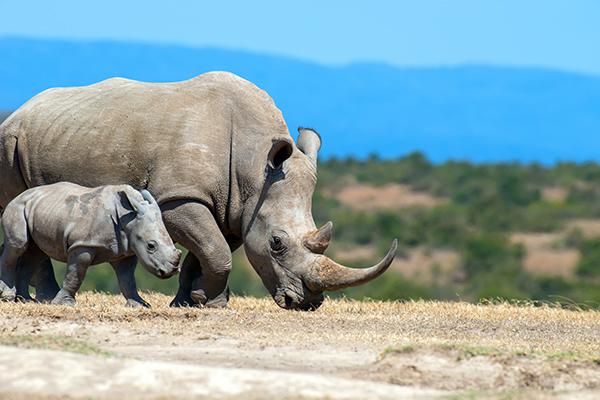 Both rhino species love mud. They wallow in it. It helps to protect their skin from the sun and bugs. This is why they cover themselves in it. Even more, both rhinos have two horns. Females use their horns to protect their young, while males use them to battle attackers. Unfortunately, their horns make them targets for poaching.
Please read this month's Research Spotlight to learn about the studies being done to prevent rhino poaching.
About the Writer 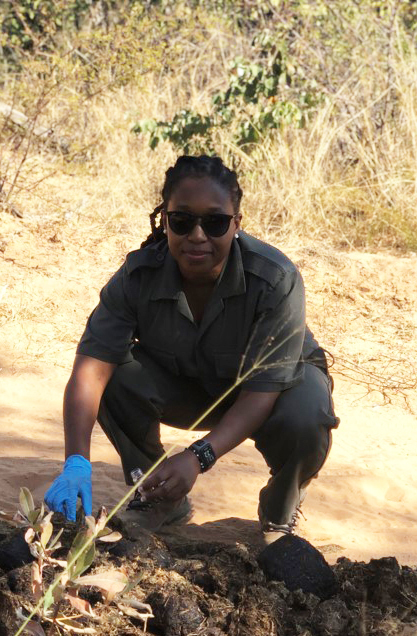 In January, iDigBio partnered with TESI and the Florida Museum on the SciComm 101 Workshop for University of Florida graduate students. Each participant pledged to partake in a digital storytelling opportunity.

Zoliswa Nhleko is the third participant to submit a blog post. Zoe is an early career large mammal ecologist for the South African National Parks (SANParks). Her current research is investigating the effects of poaching on white rhino demographics in South Africa.
In the past she worked as an environmental education officer for a science museum in South Africa.She has a passion for informal education of young people, especially girl children and exposing them to the varied careers in science.
Photo 1: taken by Lubos Chlubny and released under license from Adobe Stock
Photo 2: released under free media license from Canva
Photo 3: taken by byrdyak and released under license from Adobe Stock