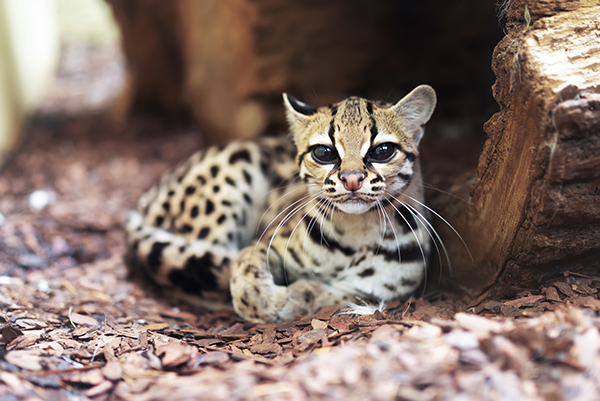 Article by: Nicholas Gengler, PhD student from UF School of Natural Resources and the Environment

Early European explorers called the jungles of South America a “green desert”. Despite the abundance of plant growth, finding fruit or prey for food in the jungle can be next to impossible. The wildlife that live in these hostile environments clearly need to develop some impressive adaptations in order to survive there, and the margay is one of the best examples of this. 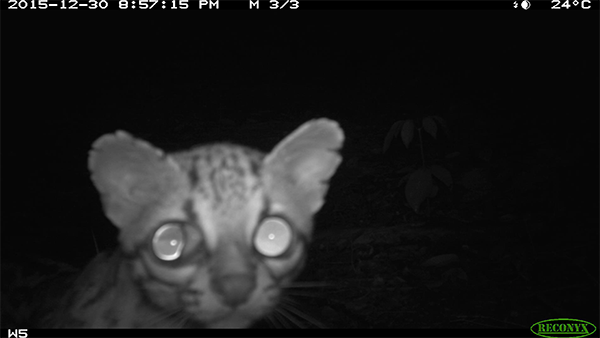 The margay (Leopardus weidii) is a small spotted cat found from central Mexico, south to Uruguay. Most of its global distribution is in the tropical forests between these two points. At first glance the margay seems a lot like an ocelot, but there are some important differences. Margay are smaller than ocelot, but have proportionally longer legs and tails, some of the longest tails compared to body size of any species of cat. These long appendages that help the margay live and hunt in the treetops, are the main adaptation that makes the margay special and able to survive in the jungle so well.

Without a doubt, they are impressive acrobats. It is one of only two species of cats that are able to rotate their ankles 180 degrees, allowing them to scurry headfirst down a tree trunk like a squirrel. Margay are able to hang from a branch by their back paws while catching prey with their front paws, all while running around the tree branches. This allows them to hunt prey such as arboreal rodents and monkeys that other jungle cats like the ocelot are unable to catch. While margay will gladly eat any easy prey, this ability to hunt in the treetops allows them to survive side by side with bigger, tougher cat species in the jungle. 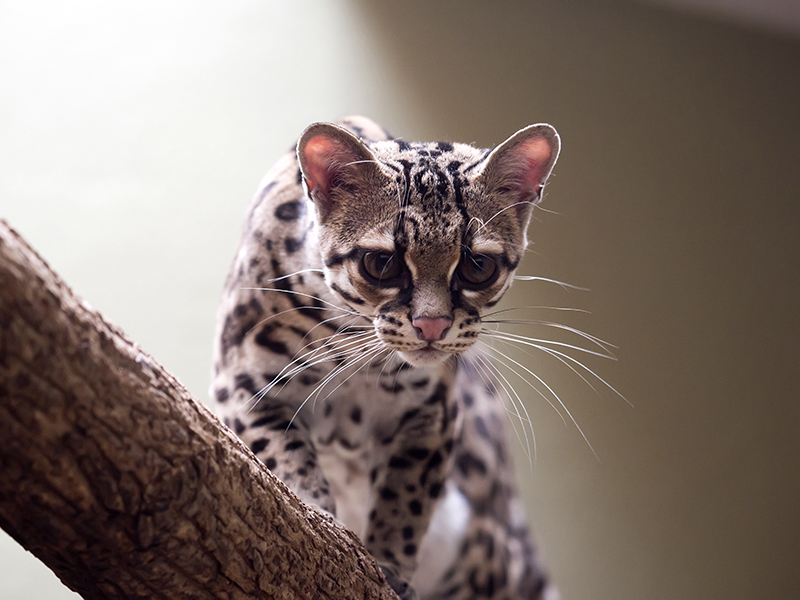 Even though, margays have adapted to thrive in this difficult   environment, they are suffering from a new challenge, humans. Like many species around the world, margays are heavily impacted by the loss of their habitat, particularly deforestation. Much of their original home forests have been clear cut to make way for cattle pasture, soybean fields, sugar cane, and other expansive crops. Given the extent to which margay are adapted to life the trees, this deforestation is especially threatening to them. Margay are listed as Near-Threatened on the IUCN Red List, but their global population trend is decreasing. Unless the rate of deforestation slows down, their ability to survive in this new hostile environment created by humans is uncertain. 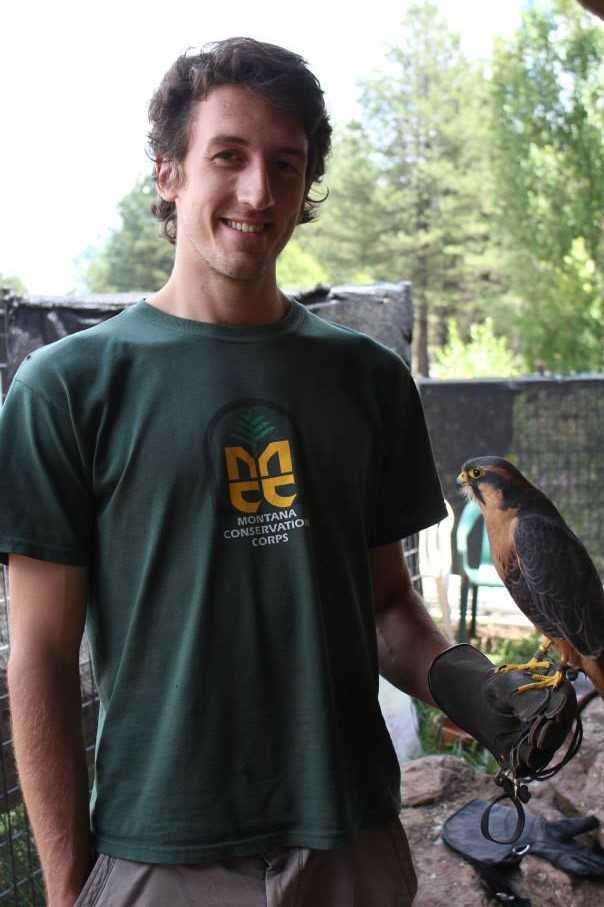 In January, iDigBio partnered with TESI and the Florida Museum on the SciComm 101 Workshop for University of Florida graduate students. Each participant pledged to partake in a digital storytelling opportunity. Nick Gengler is the first participant to submit a blog post. He is a PhD student from UF School of Natural Resources and the Environment. His research focuses on mammal movement patterns in Paraguay. His work will help determine what factors influence functional connectivity.

Photo 1: taken by ArtushFoto released under license from Adobe Stock

Photo 3: taken by vladislav333222 released under license from Adobe Stock