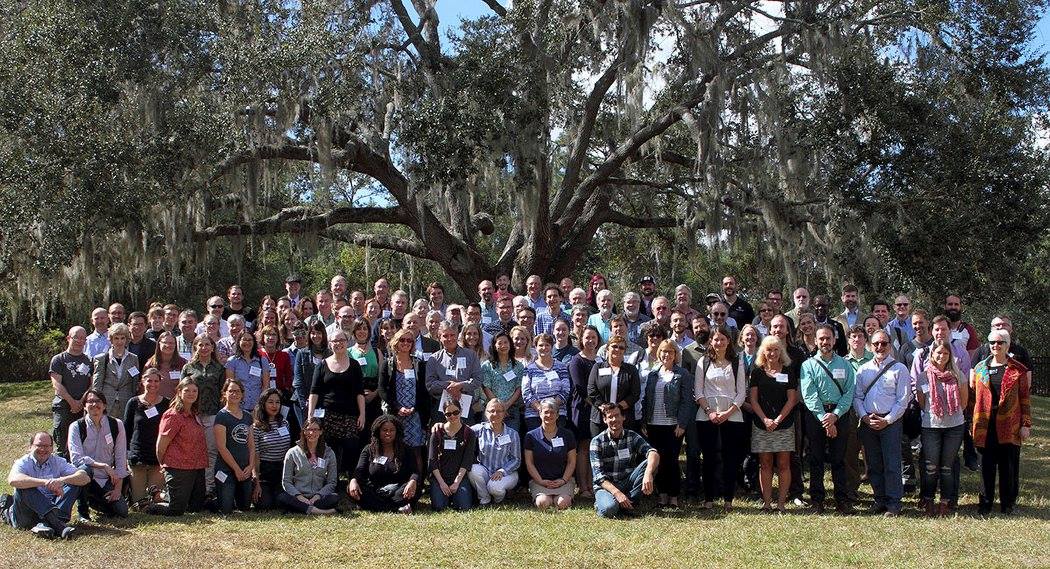 The seventh annual ADBC Summit was held on November 2-3, 2017, in Gainesville at the UF Cultural Plaza. The location was chosen in part to celebrate the Florida Museum’s 100th anniversary as the state’s official natural history museum. The annual Summit brings together representatives from Thematic Collections Networks (TCNs), Partners to Existing Networks (PENs), the National Science Foundation (NSF), iDigBio, and other initiatives related to NSF’s Advancing Digitization of Biodiversity Collections (ADBC) program. The principal goal of the Summit is to inspire collaboration through the lenses of shared goals, challenges, and opportunities. 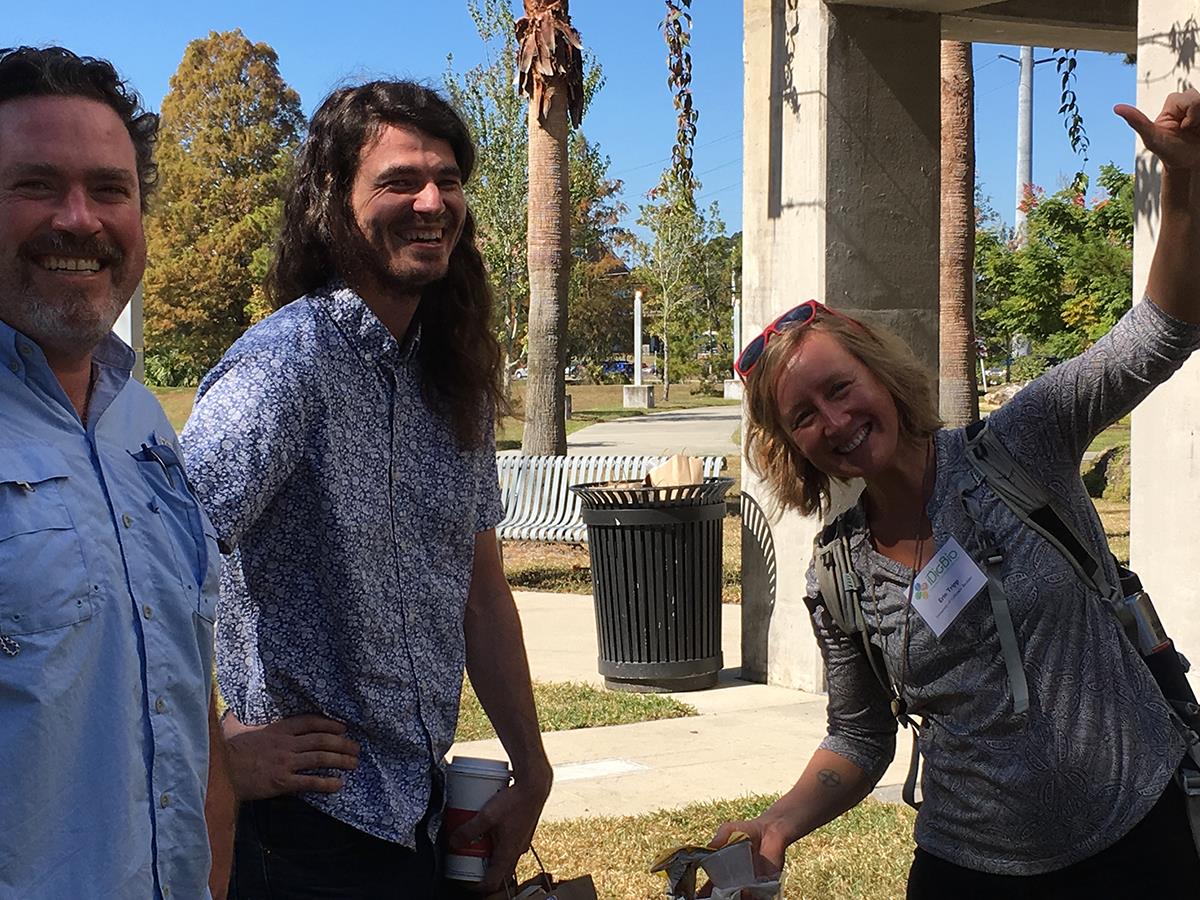 Activities associated with the Summit started on Monday, October 30, with a 2-day Data Carpentry™ Workshop hosted by the UF Carpentries Club and iDigBio. Over 20 participants from the UF and ADBC communities learned about R, OpenRefine, Spreadsheets, SQL and more. To learn more, visit the workshop’s website.

Pre-Summit meetings were held on Wednesday, November 1, and included an iDigBio-GBIF white boarding session, a “Welcome to ADBC” orientation session given by the iDigBio CORE team, the oVert TCN kickoff meeting, and a meeting of iDigBio’s External Advisory Board. 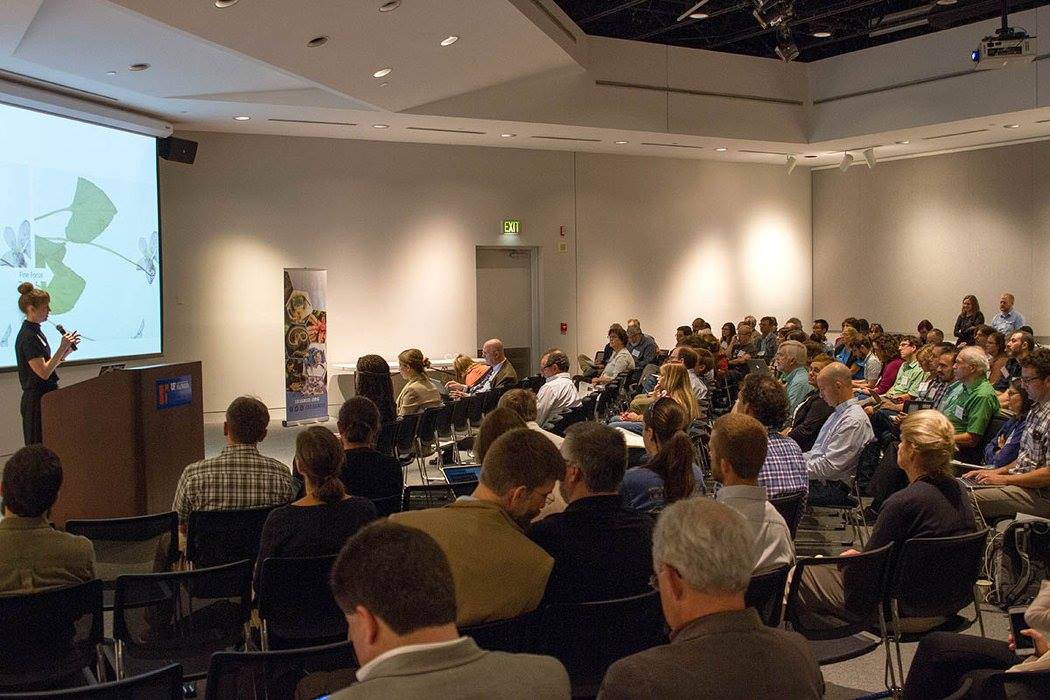 The first day of the Summit, Thursday, November 2, kicked off with introductions and welcomes from iDigBio’s Larry Page and NSF’s Reed Beaman. The opening talks were then followed by lightning talks from all of the TCNs, starting with those funded this year. You can find the slides and recordings for all of the presentations on the Summit Wiki page. After lunch, there was a Summit-wide discussion on data integration, attribution, and interoperability led by Andy Bentley, a representative of the Biodiversity Collections Network (BCoN). Participants then broke into small groups for concurrent discussion sessions on Symbiota, WeDigBio, oVert, and legal issues with collections. Shari Ellis, iDigBio’s Program Evaluator, gave the Day One Wrap-up noting several recurring themes and lessons learned. Later that evening, Summit participants returned to the Florida Museum of Natural History for an evening program where they were welcomed by Roland Roberts, NSF Program Director and BIO Centers Science Advisor, and heard a presentation about the Florida Museum’s 100th anniversary by David Reed, Florida Museum Natural History Department Chair. 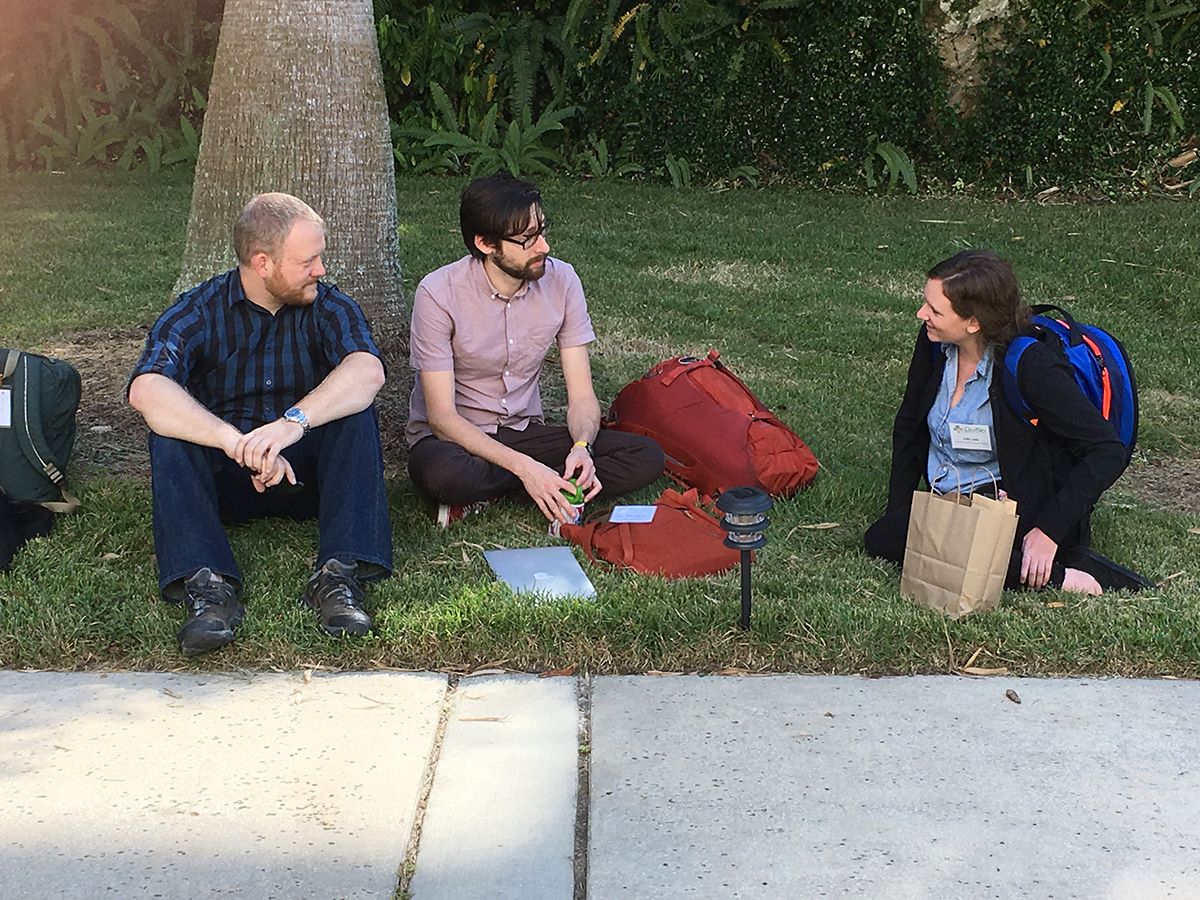 The second day of the Summit, Friday, November 3, consisted of a series of concurrent sessions. In the morning, there was a workshop on Collections Data in Ecological and Conservation Research, a DemoCamp session, and discussion sessions about improving the iDigBio Portal and digitizing workflows for insect collections. The Summit continued after lunch with concurrent discussion sessions on building a local Carpentries community, broadening participation and Biodiversity Literacy in Undergraduate Education (BLUE), and Specify. Day two concluded with a Summit Wrap-up from iDigBio’s Gil Nelson where he noted the many highlights of this year’s ADBC Summit. 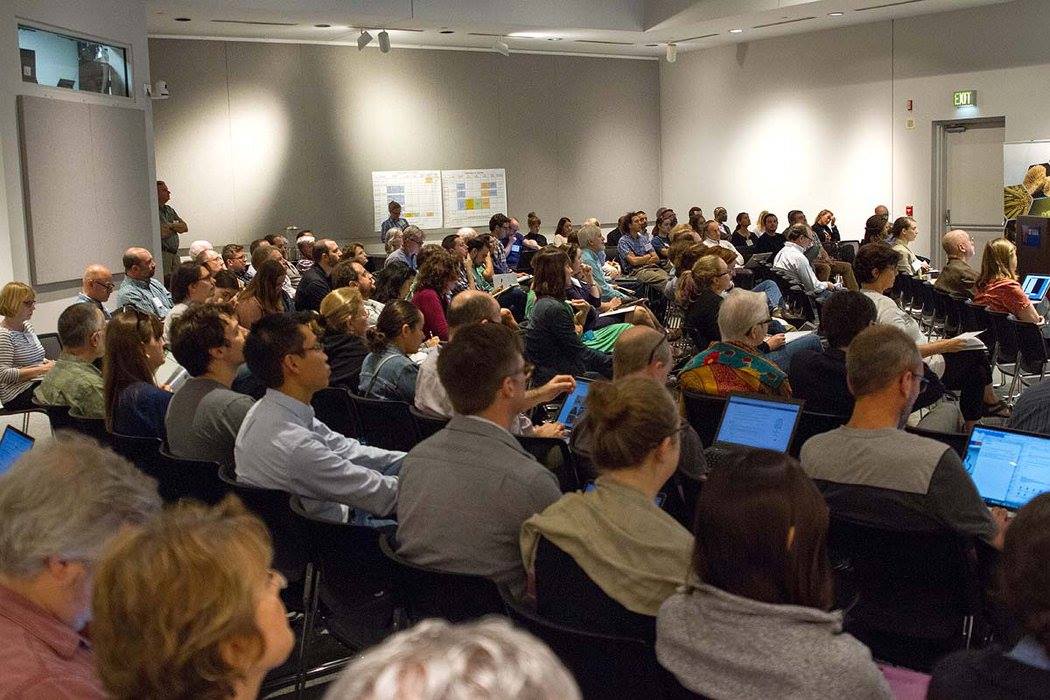 After the Summit concluded, participants were encouraged to stay for the Natural History Seminar co-sponsored by the Florida Museum’s Department of Natural History, iDigBio, the FOSSIL Project, and the Paleontological Society. The invited speaker was Dr. Jonathan Hendricks of the Paleontological Research Institution who spoke about The Digital Atlas of Ancient Life – an educational resource and fossil identification tool developed as a result of funding from two TCNs – as well as an online paleontology textbook now being developed at PRI. 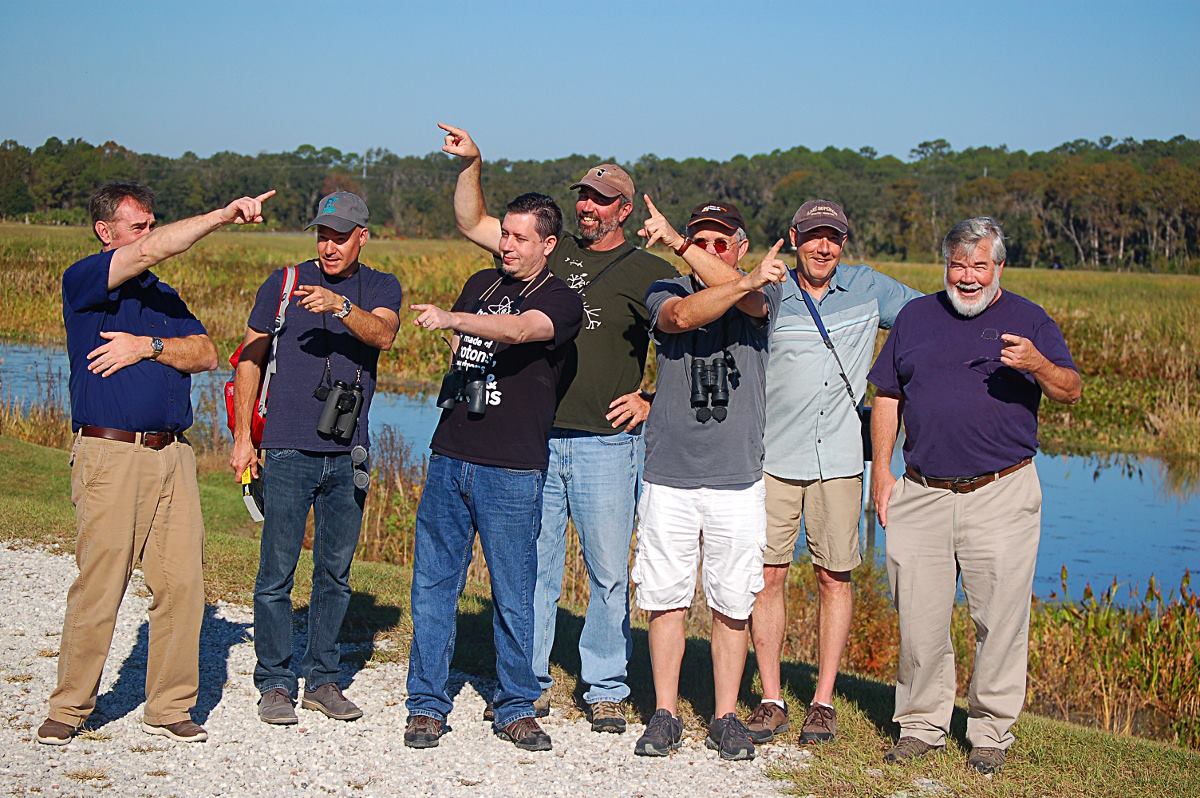 On Saturday November 4, several Summit participants joined Cathy Bester and Larry Page on a field trip to the Sweetwater Wetlands Park where they saw 40 bird species and, of course, the requisite alligators. Other participants attended National Fossil Day™ at the Florida Museum.

More details about the content of the Summit, including presentations, recordings, and group notes can be found on the Summit Wiki page. The Summit was broadcast using Adobe Connect, and many participants were actively Tweeting throughout the event, facilitating participation by those who could not attend on-site. You can find images from the Summit on our Facebook page. 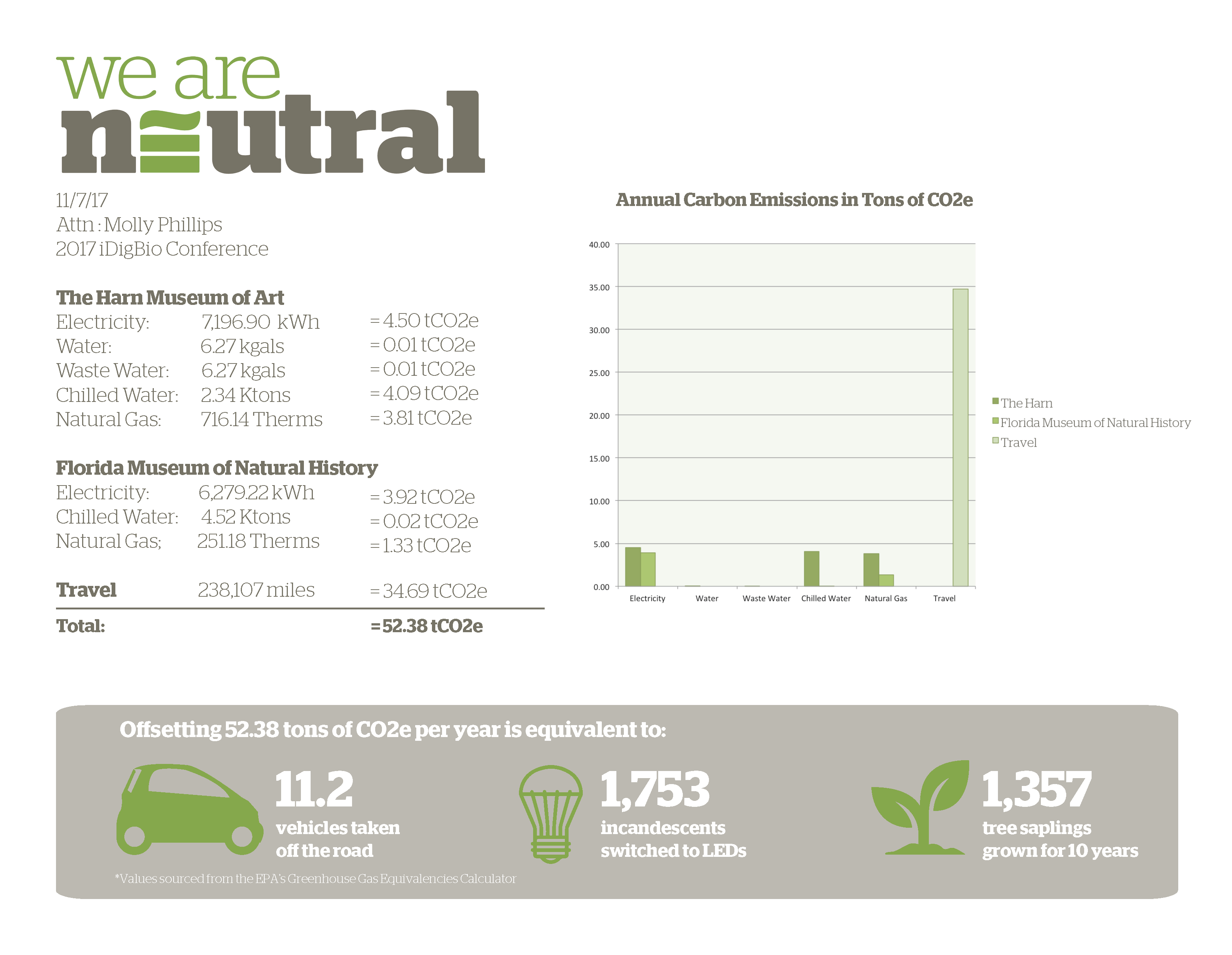