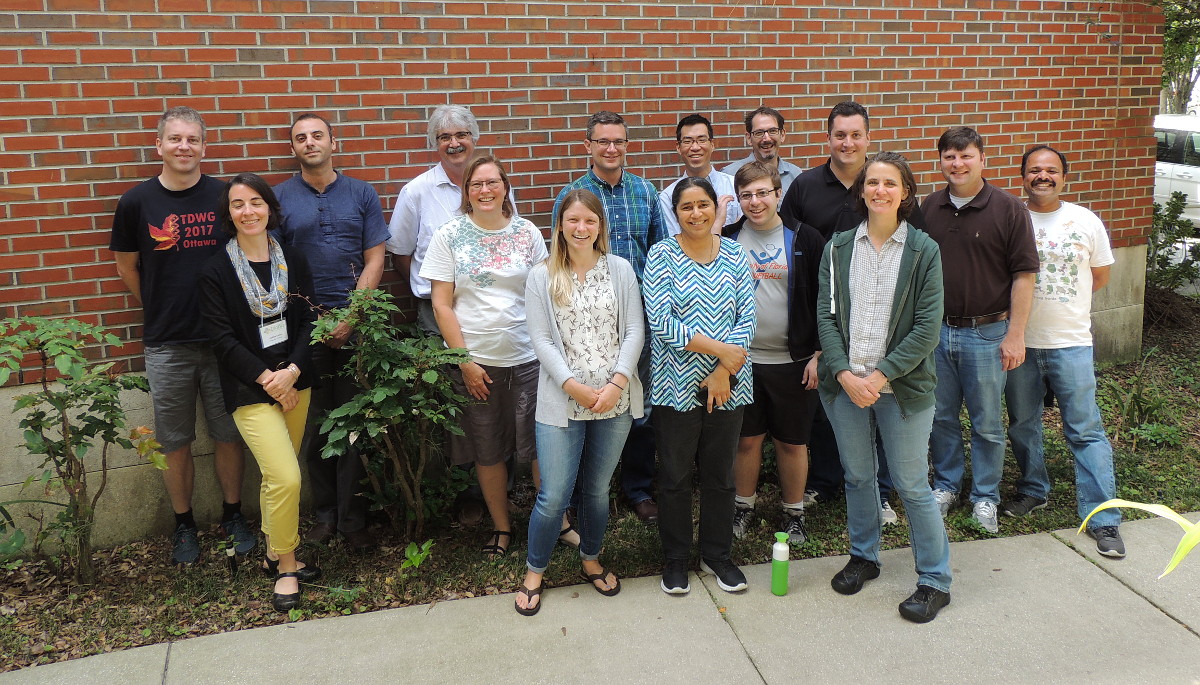 The “natural history” of an organism refers to what that organism does – how it develops, behaves, and interacts with other organisms.  Natural history information is fundamental to multiple fields of study in biology, but the natural history of many organisms remains poorly known.  This is especially true for insects, the most diverse animals on our planet.  So, given any insect species, we might ask: What do we know about its natural history?  How do we know it?  The answers to these questions come from observation of insects, either in the field or under laboratory conditions.  Data from such observations are typically widely scattered, difficult to discover and analyze, and highly heterogeneous.  Aggregating these data so that they can be analyzed and disseminated efficiently, without information loss, is a major informatics challenge.

We spent several hours during the first day of the workshop assembling example natural history data for each of the five major insect orders (Coleoptera, Diptera, Hemiptera, Hymenoptera, and Lepidoptera).  For this task, we focused on information from insect specimen labels, but we also included some literature-based data.  Our goal was to cover, as thoroughly as possible, the various kinds of information recorded on specimen labels for each order, with an emphasis on capturing the breadth of biological information and observational detail.  For this task, we split into five small groups, with each group working on one insect order. 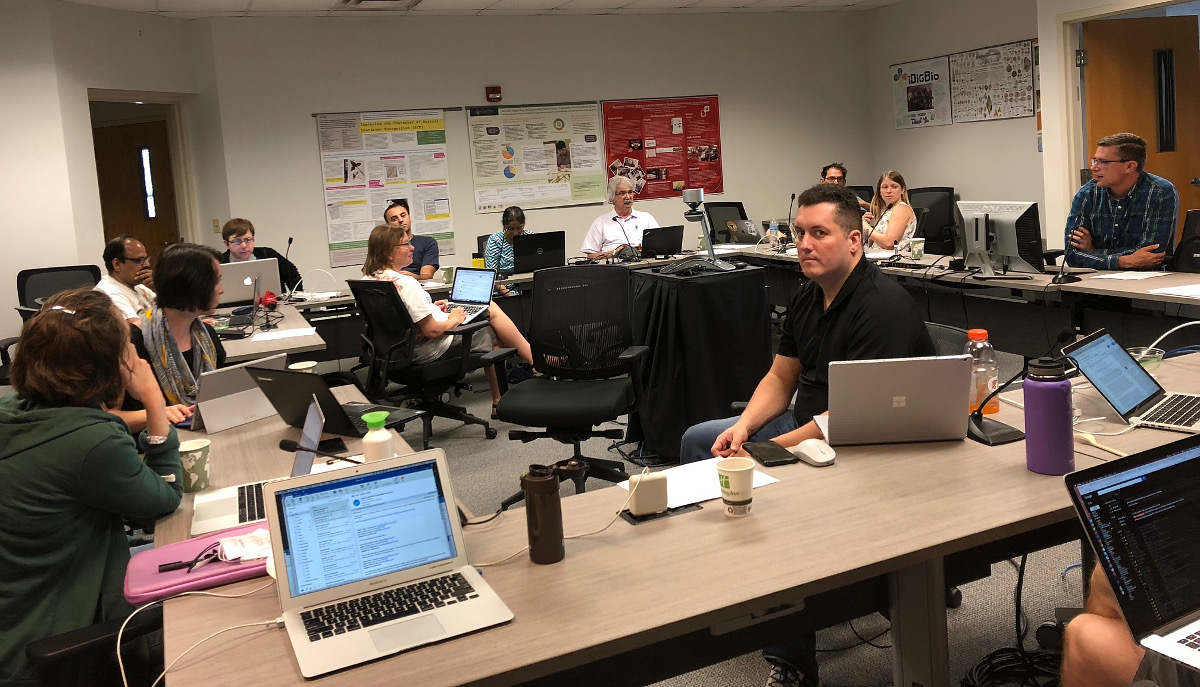 We continued working in small groups to analyze the kinds of information contained in the example data.  Here the goal was to begin delineating the scope of the ontology.  For each order, we summarized the kinds of biological information that were observed (e.g., various multi-organism interactions, developmental data) and the ways in which the information was recorded (e.g., qualitative or quantitative).  Then, we reconvened as a large group, each small group reported their findings, and we synthesized the results to construct a set of the high-level conceptual areas required for the final ontology.

We then split into two groups to sketch out basic ontology design patterns for the highest priority conceptual areas and to identify the entities (concepts) to include in these conceptual areas.  We determined that observations and observing processes, relationships and interactions, and positional (spatial) information were the most critical conceptual areas to start with.  After working in separate groups for most of Thursday afternoon and part of Friday morning, each group reported their results and we discussed some critical ontology design challenges related to modeling observations.

Over three days of hard work, we laid a solid foundation for further ontology design, development, and implementation efforts.  We plan to use the momentum generated by this workshop to help us reach the longer-term goal of a complete draft ontology implementation.