Studies show that as girls transfer from middle to high school, they can perceive science as ‘uncool’ and subsequently loose interest in scientific careers. iDigBio postdoctoral associate Dr. Charlotte Germain-Aubrey, external vice-president of the Women in Science and Engineering (WiSE) at the University of Florida, created the WiSE Girlz Spring Science Camp to contradict this notion. Sponsored in part by iDigBio and run March 24-28, 2014, by WiSE through the Florida Museum of Natural History (FLMNH), the camp was filled with fun activities from collecting plants to chemical explosions, constructing a telescope, and programing their own video games. To the seven Gainesville, FL middle-school girls, science appeared anything but dull! The days were dedicated to different scientific disciplines each day of the week. Monday the engineering department hosted the girls. Tuesday the camp focused on designing gaming programs in the computer science labs. Wednesday the Chemistry Department literally exploded with actvities (see slide show). Thursday the Astronomy Department showed the girls how to build their own telescopes, and finally, Friday was biology day! 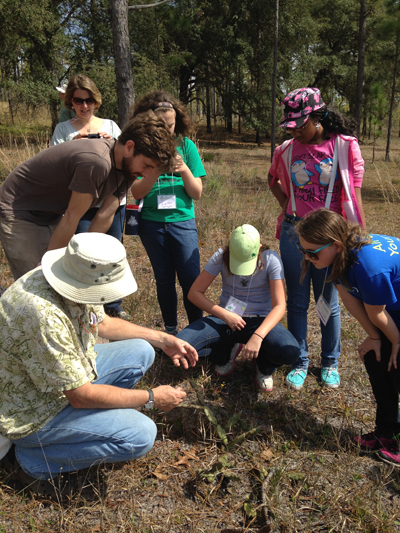 On biology day the camp traveled to the 9,000 acre Ordway-Swisher Biological Station. Retired UF professor Walter Judd, scientist Mark Whitten, and postdoctoral associates Kurt Neubig and Lucas Majure explained to the girls the importance of scientific names for interdisciplinary and international communication with scientists. Members of the National Ecological Observatory Network (NEON) Monique Kernstein and Jen Eels, who are conducting research at the biological station, discussed aspects of wild plants growing in the endangered sand hill environment, and trapping of small mammals for monitoring. The girls helped the NEON scientiststo press plants for further study when they returned to their lab.

Dr. Judd and Ordway-Swisher Biological Station Associate Director Stephen Coates explained the role of fire in the maintenance of sand hill forests. They pointed out the contrasting patterns of vegetation growth throughout the station. A stroll from the top of the hill to a lake below revealed gopher tortoise burrows, jawbones of a fawn, a opossum and many flowers and plants. At the lake, Dr. Judd identified several species of water lilies. There were no alligators, but deer, turkey, and rare fox squirrels were abundant. The girls pointed out all the tiny flowers and plants and wanted to know their scientific names. (short presentation)

During the afternoon, the camp settled into the biological specimen collections at Dickinson and Powell Hall. 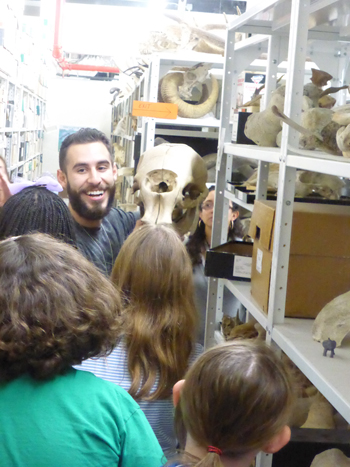 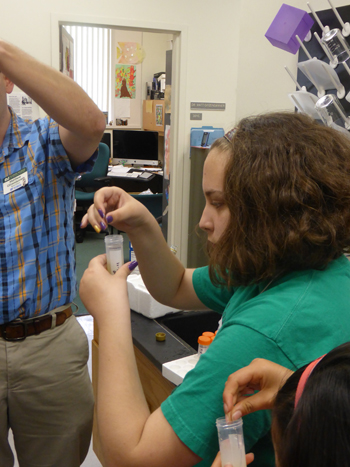 The experience of meeting scientists in their labs and in the field demystified the prospects of a scientific career for the girls. They were exposed to a range of scientific disciplines and activities, some of which they had never before been aware, or considered as a career option.