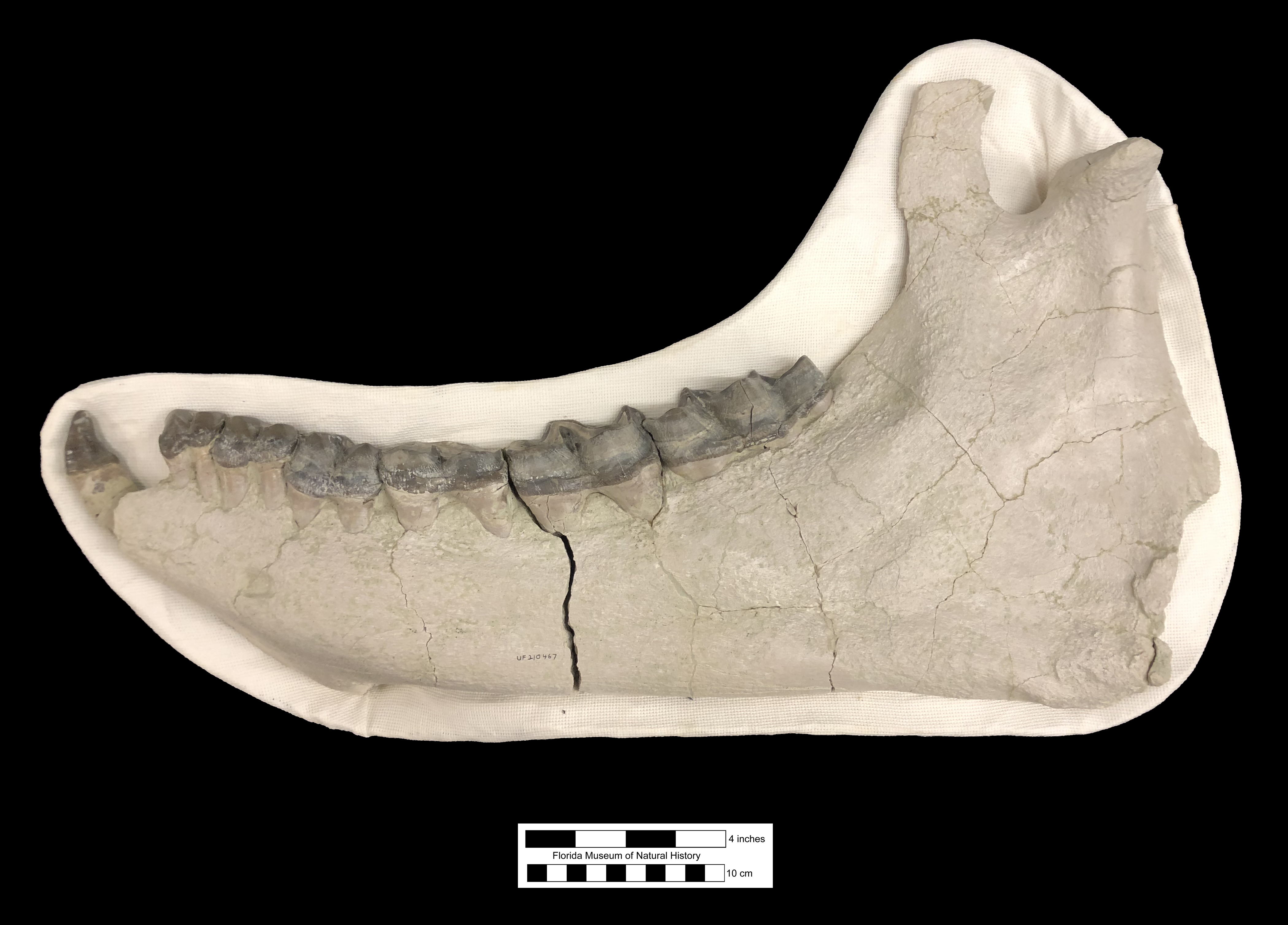 The extinct brontotheres are grouped with horses, tapirs, and rhinoceroses in the mammalian order Perissodactyla, or odd-toed ungulates. Superficially reminiscent of today’s rhinos, though probably more closely related to horses, the name itself (“bronto-“ meaning thunder and “-there” meaning beast) hints at the truly remarkable size of these animals with some species growing as large as elephants. Over ~20 million years of evolutionary history this group diversified from the small (dog-sized), hornless Eotitanops to a variety of much larger species with impressive horn-like skull projections. 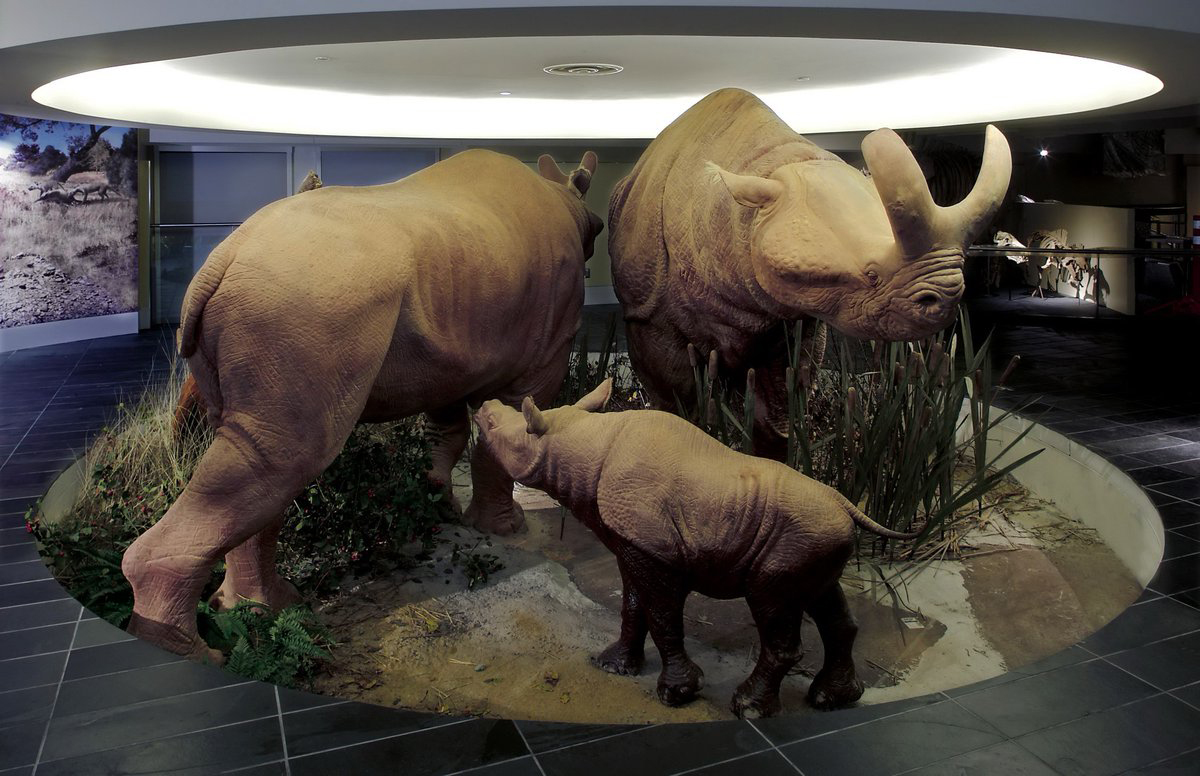 Brontotheres appear in the rock record about 53 million years ago (Ma) in the early Eocene Epoch of North America before diversifying and dispersing to Asia. This group only lasts until the end of the Eocene (~34 Ma), however, as they fall victim to the largest mass extinction since the extinction of dinosaurs. This climate event, known as the “Grande Coupure” or the “Eocene-Oligocene Transition” (EOT), coincides with the initiation of Antarctic polar ice formation and resulted in much cooler temperatures across the globe.

Additionally, geological and paleontological evidence from outcrops in the Dakotas and Nebraska supports a shift from forested to more open environments across this boundary. Researchers have speculated this change in ecosystem had a profound impact on the last remaining brontotheriid genus, Megacerops. Studies looking at the tooth morphology and dental wear of Megacerops suggest these large mammals were obligate browsers and, because of their reliance on leafy vegetation, could not cope with the more open, grassy environments that arose during the EOT.

The brontotheres also provide one additional anecdote of the problems of taxonomic over-splitting in early American vertebrate paleontology. As many as 47 species of latest Eocene brontotheres were recognized by 1929. However, more recent work (by Matthew Mihlbachler and colleagues over the past 15 years) has argued that almost of all of the variation across those species can be attributed to age or sex and that only two species of brontotheres existed in the late Eocene, both in the genus Megacerops.