Can the number of museum specimens of small mammals, fish, insects, amphibians, trees, or wildflowers tell us how many of those animals and plants are living in the wild? A surprising new study published in the journal, Methods in Ecology and Evolution, says the answer is yes. Species that are rare in nature have relatively few museum species, and common species tend to have large numbers of museum specimens. To reach this conclusion, an international team of scientists analyzed 1.4 million field observations and 73,000 museum records of more than 22,00 species. 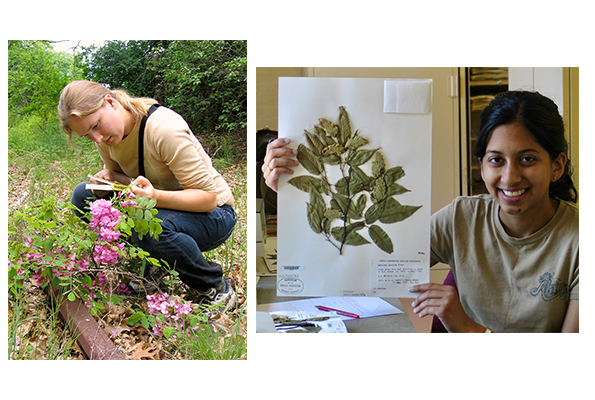 Figure 1. The abundance of museum specimens provides a good reflection of the abundance of species in the wild. Photos by Richard B. Primack and Abe Miller-Rushing.

These findings can help to address some challenges with traditional conservation approaches. The first step in protecting species is determining if they are rare or common—and if their populations are declining. However, traditional large-scale field surveys are time-consuming and expensive.

“Researchers can use museum specimens to estimate the relative abundance of species in the wild when field collections are not available or even possible,” says lead author Nicholas Gotelli of the University of Vermont. “It also means that we can use specimens from the past to estimate the historical relative abundance of species that are now very rare or extinct. In many cases, this is the best or only way to get these estimates.”

Scientists can use museum records to pinpoint rare species that may need extra protection to prevent them from going extinct. Conservation biologists can use the approach to study whether species are declining in abundance over time. Museum collections are uniquely suited to this role because they represent accumulated records that span many decades or even centuries of collecting. 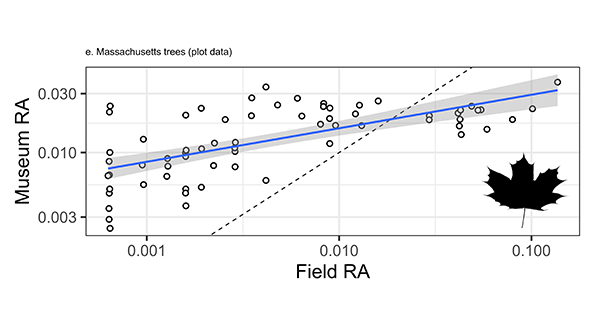 Figure 2.  For Massachusetts trees, the relative abundance (RA) of particular tree species in the field is strongly correlated with the relative number of museum specimens of those species. Figures 2 and 3 are on a logarithmic scale.

The scientists involved in the study were surprised by how consistent the relationship between museum specimen abundance and abundance in the wild was across different plant and animal groups. Collection methods, time frames, and spatial extents differed for each group of species. The study team expected that these differences would lead to different results for each group. However, overall results were similar for each group of species: species that were rare in the wild were uncommon in museum collections, and species that were common in the wild were abundant in museum collections.

There is one important caveat, however. Species that are rare in the wild are consistently over-represented in museum records, whereas common species are under-represented in museum records. That is, species that are rare in the wild tend to have more museum species than expected based on their abundance in nature. This “Easter-egg syndrome” reflects the natural tendency of collectors to collect rare and unusual specimens and to pass over very common species.

The rapid digitization of millions of museum specimens that museums are now making available on-line makes this approach particularly attractive for researchers. Researchers need quick and cost-effective methods to estimate the abundance of species as environmental conditions change globally. Analyses of museum records will provide unique insights into how natural communities are changing and will help managers and conservation biologists respond appropriately.

Questions should be addressed to:

Other authors of the published paper:
Nicholas J. Gotelli (ngotelli@uvm.edu)  Lead author of the paper

Douglas B. Booher (dbooher@antmuseum.com) Co-author of the paper