Guatemala is a small but colorful and highly biodiverse country located in Central America. Its unique topography and historical biogeography correlate with a wide variety of ecosystems and endemic Mesoamerican species richness that has been documented in national and international research collections since the 19th Century.

During the past decade, a considerable number of Guatemalan research specimens have been digitized using the Darwin Core standard, with occurrence data and images becoming available publicly through multiple biodiversity data aggregation platforms; including >390,000 records in iDigBio and >440,000 in GBIF. Most older records are based on material housed in North American and European natural history collections. 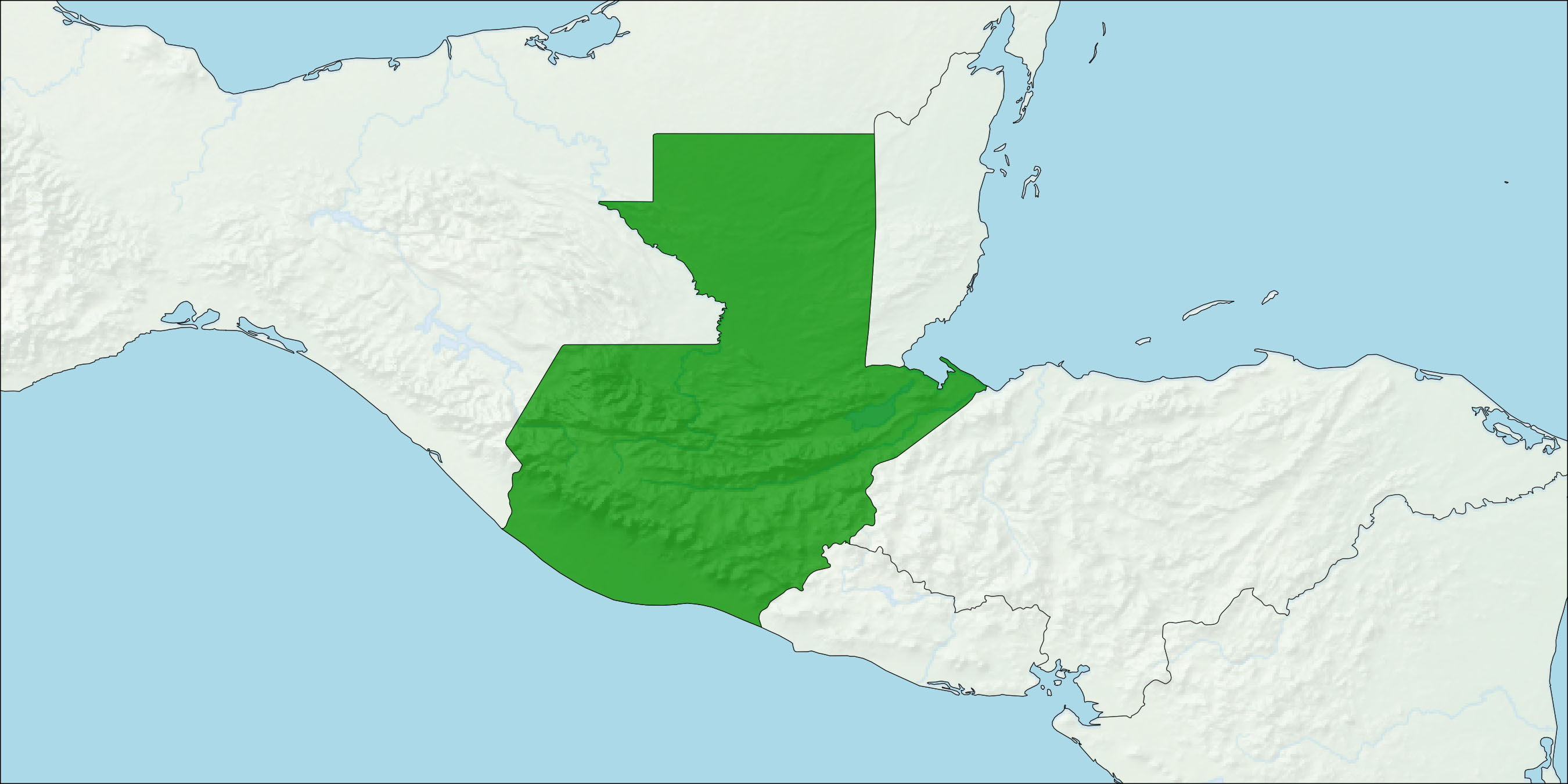 Specimen data digitization and publication by Guatemalan institutions is a slower phenomenon. The scarcity of digitization infrastructure and personnel resources at various national collections has constrained progress over the years, despite widespread recognition by curators, collection managers, and other national researchers of the importance to publish national, specimen-level information. Prior to 2019, only one partial Guatemalan collection dataset had been published online. Other national collections had been unable to obtain sufficient training in digitization protocols and, above all, actionable access to online content management systems and publication platforms.

During the Fall of 2019 the idea to advance the digitization of Guatemalan national collections coincided with my entering a  Ph.D. in insect (weevil) systematics with Dr. Nico Franz in the Biodiversity Knowledge Integration Center (BioKIC) at Arizona State University (ASU). BioKIC provides a range of services related to Symbiota software platform, an open code software designed to support virtual biodiversity data portal communities. Symbiota portals frequently meet the needs of emerging, taxonomically, geographically, or politically affiliated (small) natural history collections communities that may lack resources to use other digitization platforms. As I was learning at ASU how to digitize entomological specimens and use different Symbiota portals to develop my thesis research projects, it became clear this could be an excellent option for research collections in my home country, Guatemala.

In January of 2020, we started to reach out and collaborated with the curators of one of the largest entomological collections in the country at Universidad del Valle de Guatemala (UVGC), Dr. Jiichiro Yoshimoto and Dr. Jack Schuster. The training process progressed quickly, and by the end of the month, the digitization of the collection was an active project located in the Symbiota portal ecdysis. 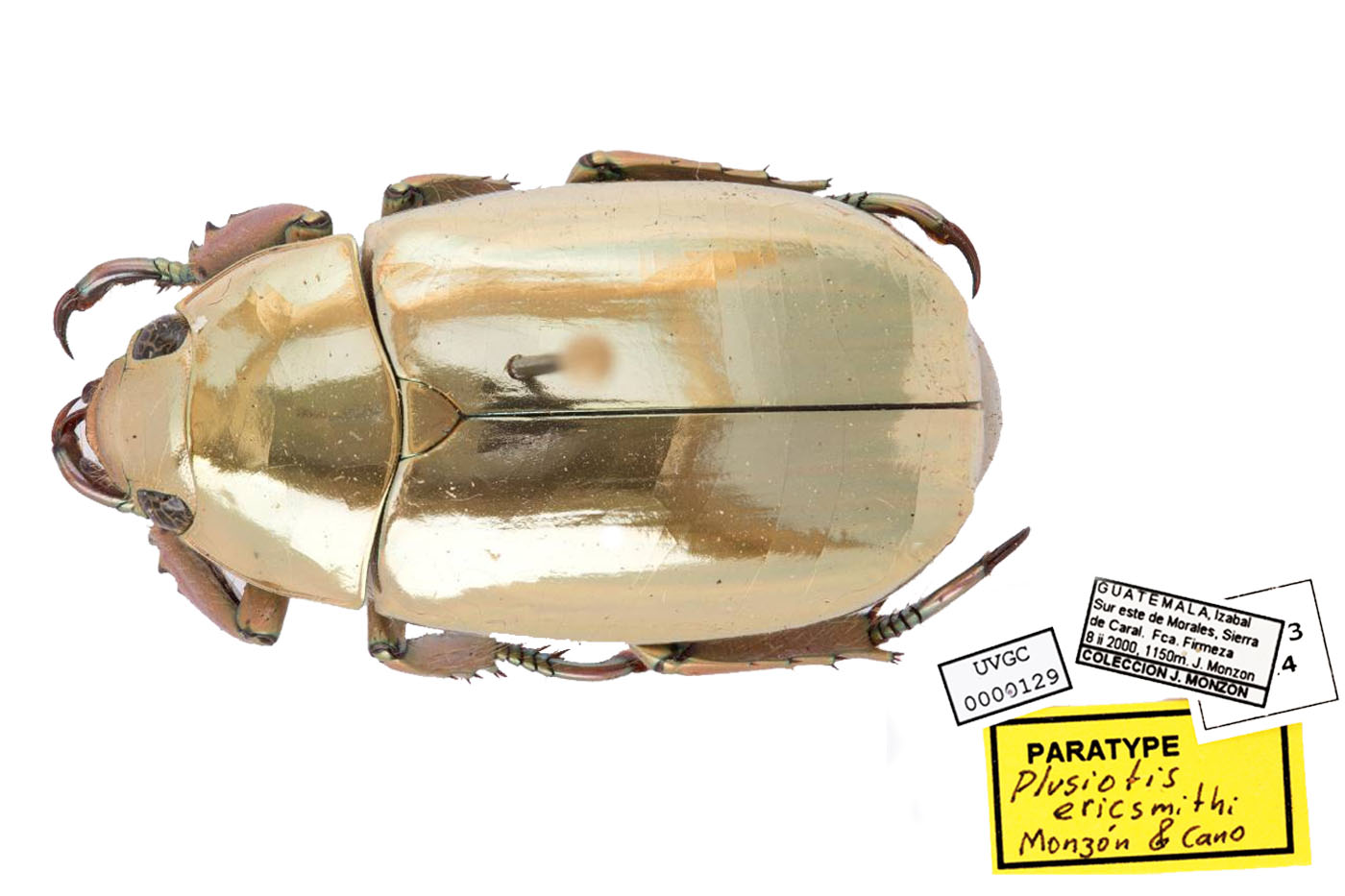 The national interest in using the Symbiota software platform grew significantly during the subsequent months, and was likely heightened due to the impact of the Covid-19 pandemic on all collections-centered activities. Pandemic related lockdowns at most institutions motivated the community to seek new solutions for meaningful remote research activities aimed at gaining access to specimens and data needed for ongoing investigations. After several months of developing and delivering virtual workshops for curators, collection managers, researchers, and students in Guatemala, nine collections were being digitized through four different Symbiota portals for plants, vertebrates, insects,  and other invertebrates. A community threshold had been reached. To facilitate unified access to these different Guatemalan collections, we identified a perfect opportunity to build a new national Symbiota portal. With critical support from Edward Gilbert at BioKIC, the Guatemala Biodiversity Portal - in Spanish: Portal de Biodiversidad de Guatemala - was created. 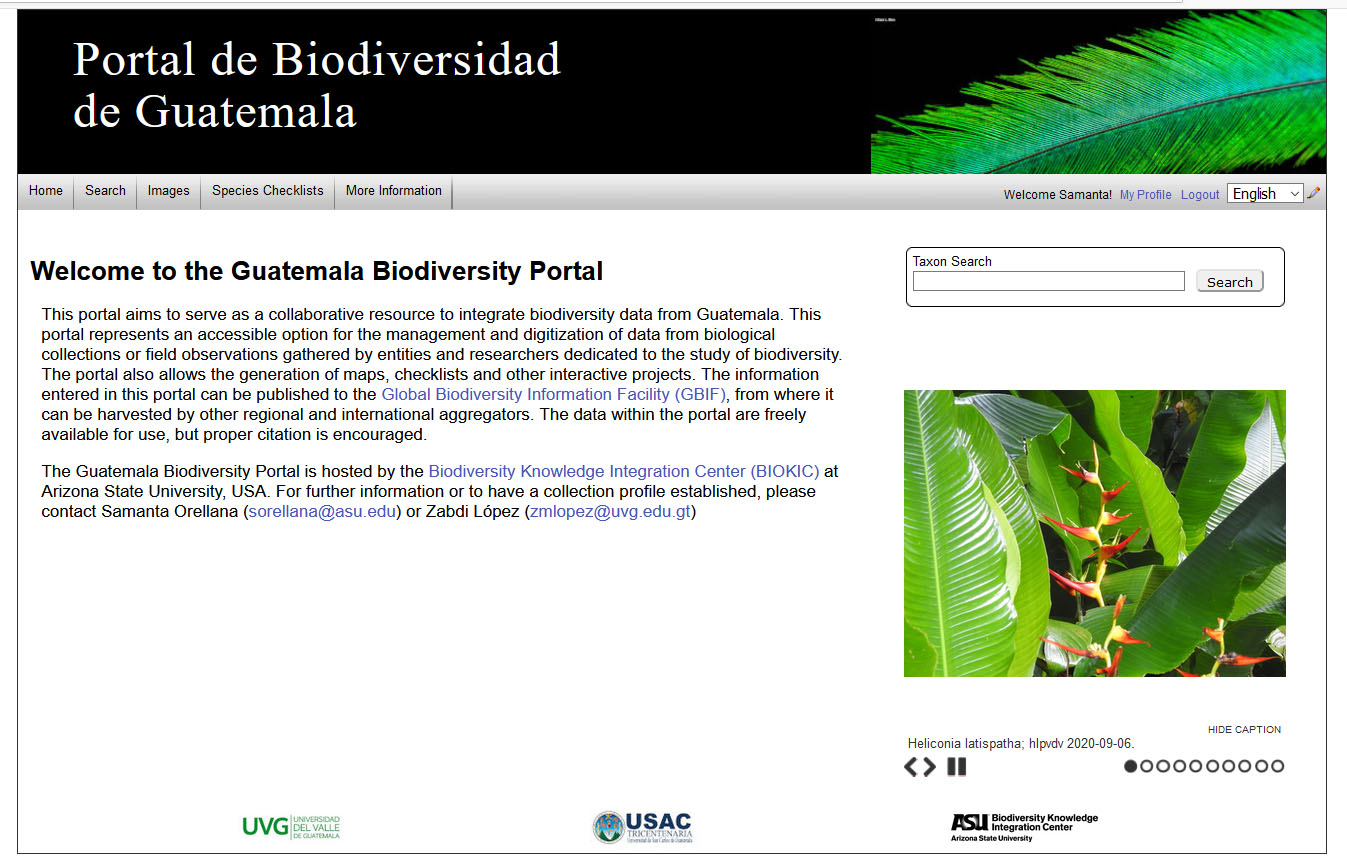 The new Symbiota portal generated more social coherence and inter-/national visibility for Guatemala. Just two months into its existence, the number of actively contributing, "live-managed"  collections had doubled. Currently, the Guatemala Biodiversity Portal is being used by members of three different universities, and features data from 20 natural history collections totaling more than 13,000 records. The tally includes two institutional collections publishing observations based on images obtained from biological surveys. Enabled through this new portal, the total number of published occurrence records from national Guatemalan collections increased by 75% in only seven months.

In addition to the live-managed Guatemalan collections, "snapshots" of externally managed North American and European collections are provided and periodically updated to offer a more comprehensive biodiversity data perspective for the country. Furthermore, the Guatemala Biodiversity Portal is set up as a GBIF installation; with (presently) half of the collections aggregated through this global platform and thus visible to the global community.

The Guatemala Biodiversity Portal is not only an effective digitization platform for thousands of Guatemalan occurrence records. In less than one year, it has fostered and empowered a national community of curators, researchers, and students interested in working together to improve the way that natural history collections are managed and how biodiversity is studied in the country. As the digitization metrics continue to increase, we are starting to create new "extended specimens”, such as this holotype of a recently described species of salamander, Bolitoglossa qequm, now has a digital record, preserved specimen images, field images, ecological data, and molecular data - all linked within the Guatemala Biodiversity Portal. By virtue of its aggregation in GBIF, the record is also harvested by Bionomia, where in turn collectors and identification providers are linked by their respective ORCID.

We are poised to further advance digitization and data collaborations to raise the visibility and impact of Guatemalan collections of the community of researchers situated in this highly biodiverse country.