Butterflies are the most sampled insect taxon in terms of the number of opportunistic occurrence records in large biodiversity databases (>1.2 million in iDigBio and > 28-million in GBIF). Additionally, as ectotherms, they are particularly sensitive to their environment, making them an excellent group to study the impacts of global change processes on biodiversity. Unfortunately, standardized surveys of butterfly biodiversity are not carried out across continents and only provide data in more recent years.

Historical data on butterfly occurrence is therefore constructed from museum specimen records, and although occurrence records from museum specimens are increasingly becoming openly available through digitization efforts, these records remain limited spatially and temporally. The influx of community science programs with low barriers to entry such as iNaturalist have the potential to alleviate gaps in future knowledge about butterfly occurrence, but these data too are likely spatially biased with observers uploading records near where they live (i.e., urban areas).

We used all North American butterfly occurrence data from iDigBio, GBIF, and eButterfly to examine which regions have been under-sampled, and how that under-sampling is reflected across biomes and climate velocities. We also looked at how bias towards human population may be changing over time for museum specimens and community observations. 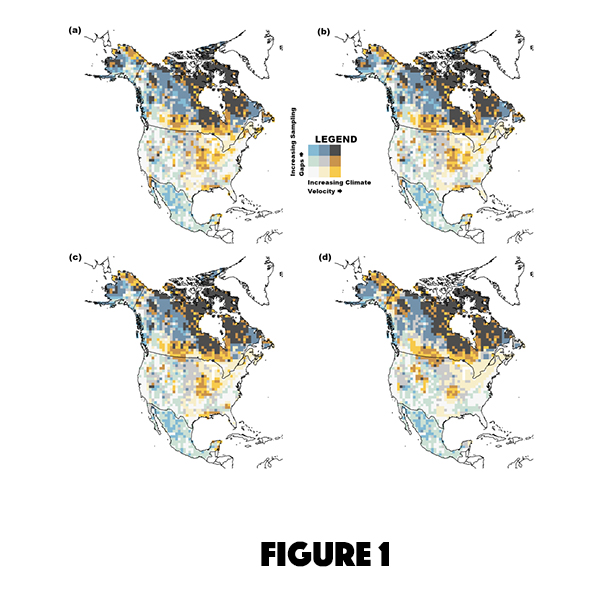 Despite higher species richness in the tropics, we found that regions with the lowest species richness are consistently under-sampled (Figure 1). This is startling since these northern regions are experiencing some of the most extreme climatic changes.

Under-sampling in these regions means that we are missing our window to examine the impacts of climate change on butterflies in precisely the areas where climate change is most extreme. We also found that most biomes were undersampled, especially regions where human population density is lower. 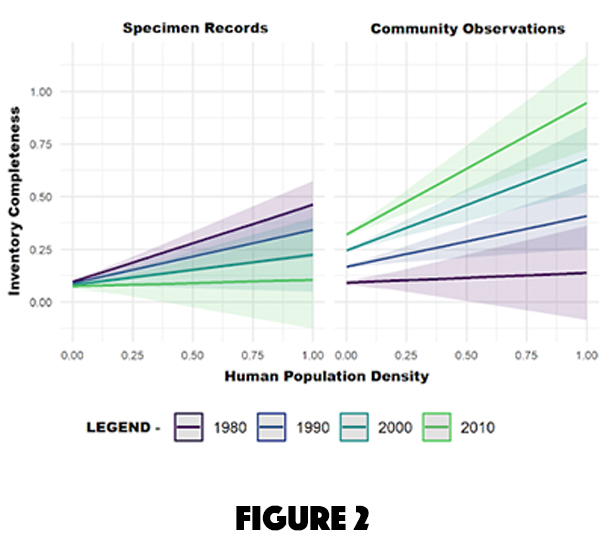