Ecology is often introduced with the aid of food webs. Webs, or networks, depict interactions, the subject of ecology, but network analysis is still making  headway in the field. Among other things, networks are complex, requiring large sample sizes to be understood. Thankfully, collections data can contribute. Consider plant/pollinator networks, which we study at Archbold Biological Station in Central Florida.

Our study used the station’s flower-visitor database. The database is comprised of incidents of insect/flower interactions that may have resulted in pollination. Insects that were deemed unlikely to pollinate the flowers on which they were found were excluded. The database includes, to date, 10,868 records of more than 800 species, all collected and vouchered from the station. The data were uploaded to the Symbiota Collections of Arthropods Network (SCAN), to which Archbold is continually uploading new specimen data. Specimens in the Archbold collection (Fig. 2) were mostly collected opportunistically, largely by Dr. Mark Deyrup, director of the Entomology program at Archbold, and also as part of numerous other arthropod collecting projects conducted by visiting researchers.

Testing Drivers of Interactions in an Aggregate Flower-Visitor Database, by Dylan Ricke

Large networks are exciting, dynamic, and …mesmerizing. Observing a network by eye, it can be hard to discern an underlying structure, though interactions may in fact follow certain trends, driven by the traits of plants and their pollinators For my project, I tested to what extent three traits--seasonality, body size, and phylogeny-- are correlated with the number of shared flowers from which bees, in particular, have been collected. For clarity, “shared” flowers are those that a given pair of bees were both collected from. I hypothesized that bees with more similar traits would tend to share more flowers. Specifically, I hypothesized that: (1) bees which co-occur during the year, being exposed to more of the same flowers, will share more flowers (Carvalheiro et al. 2014); (2) more closely related bees will share more flowers (Peralta 2016); (3) because body size can affect bees’ accessibility to floral rewards (Peter et al. 2006), and because larger bees may favor more rewarding flowers, bees of similar size would share more flowers.

My project included a field component, but I spent most of my time in the Archbold Invertebrate program, making use of the existing collection. To test my hypotheses, I constructed several matrices, showing pairwise comparisons of every bee in the database. To do so, rows and columns were labeled with the bees’ names. One, “dependent” matrix records the number of shared flowers. Three “independent” matrices record, respectively:(1) whether bees’ seasons overlap, (2) the extent to which their body sizes diverge, and (3) the extent to which their evolutionary histories diverge. Bee seasons were based on the dates on specimen labels. Body size measurements were based on the distance between the bases of specimens’ wings, which has been correlated with overall body mass (Cane 1987). The relatedness matrix was based on genus-level phylogenies published previously (Danforth et al 2013). Using methods specific to relational matrices, I correlated the independent matrices with the dependent one.

As with any collection, the apparent richness of data is offset by the potential for sampling bias. To account for bias, I generated three different networks whose members were chosen along a gradient of sampling effort. Sampling effort was based on a combination of the number of times species appear in the database and the number of unique dates and years on which they were sampled (Fig. 3).

Preliminary results indicate that seasonality and body size are significant predictors, alone and in combination, of the number of shared flowers from which bees were collected. Results were increasingly significant for the networks with more permissive sampling criteria. This might have occurred if the most-sampled species were simply more generalist in their floral choices, in which case seasonality and relatedness may be less important in shaping interactions. Body size, however, did not  predict the number of shared flowers in any trial.

Seasonal changes introduce another level of complexity to plant-insect interactions. Insect and plant phenology, or the timing of the life cycles of insects and plants, links periods of plant flowering with periods of insect activity; however, these interactions are fairly understudied (Burkle & Alarcon 2011). These phenological overlaps also appear to be threatened by climate change: shifts in temperature and rainfall can affect blooming period and insect activity period in different ways, thereby disrupting interactions that have been in sync on an evolutionary time scale (Memmott et al 2007). Scientists have already observed these shifts impacting bee and bee-pollinated plants (Bartomeus et al 2011). Furthermore, temporal disruptions impact both insects’ ability to take advantage of plant-provided resources and the seed set of plants less-visited by insects (Wyatt 1982).

However, network modeling provides insight into the intricacies of flower-insect interactions. Networks allow scientists to direct study toward species that appear to be more important to the ecosystem in the face of environmental change (Frankie et al 1990) and help them identify patterns in a network that could experience disruption. Exploring the flower-visitor database, I noticed the large impact of month on flower visitation (Fig. 4). Despite the sampling bias in the database previously discussed in this article, my map indicated the significance of temporal dynamics, and therefore phenology, in the local pollinator networks.

To further examine how time of year influences the type of insect visiting a plant, I selected two plant species, Vaccinium myrsinites and Palafoxia feayi, found commonly in a diversity of habitats at Archbold Biological Station. To begin, I developed a network map of the 2 species, again colored by month of interaction (Fig. 5). This illustrated a lack of overlap in flowering period and showed that the two plant species shared only seven known insect visitors.

To examine how flower-visitor communities change over the flowering period of plants, and to determine whether any changes affect seed set, I will observe flower visitation at each plant species weekly for their entire flowering periods. I have established plots at 18 different sites across the Archbold Biological Station property. Because fire history of sites has been shown to influence flower visitation (Boyle & Menges 2001), sites were chosen to represent two different fire histories as well. Preliminary results indicate that nearby floral diversity and abundance affects frequency of floral visitation, and additional insights may emerge during final data analysis.

Digitized collections are a promising force in the development of Ecological Network Analysis. As points of departure, they can guide researchers towards promising focal species, whose specific behavior in the network can be applied to more general cases. As subjects of research in their own right, they can reveal patterns and processes underlying whole communities, while informing subsequent uses of aggregate datasets. Gradually, they bring us closer to a fuller picture of the biosphere, writ network.

The National Science Foundation, for generously supporting the digitization of Archbold’s biological collections through the Collections in Support of Biological Research Award.

Dr. Mark Deyrup and others who contributed to Archbold Biological Station’s Insect Collection.

The makers of Gephi, the open-source network-visualization software we used to explore the flower-visitor database and generate our graphics. 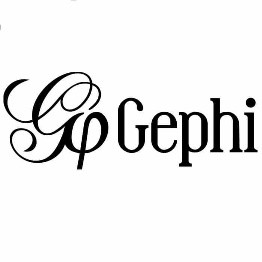