Citation of voucher specimen data can be problematic.  There are currently no formulated rules for how to cite a digital specimen in a publication, but data aggregators such iDigBio, GBIF, and VertNet offer suggestions. Pensoft is leading the way by providing efficient methods for publishing digital data (see their blog post here) - but it still rarely happens, or occurs in a non-systematic way.  Recently, with my colleague Dr George Argent, a new species of Rhododendron from Mount Yule, Papua New Guinea was published in the February 2017 online volume of the Edinburgh Journal of Botany. The digital data for the isotype housed at the Bishop Museum is available through iDigBio and we wanted to cite this information in the published paper.  As a test case, we added the Darwin Core occurrenceID and a link to the iDigBio record page.

Snapshots from the Edinburgh Journal of Botany publication (James & Argent, 2017) showing the citations of the Bishop Museum specimen occurrenceID and link to the iDigBio online record of the specimen.

Providing the Darwin Core occurrenceID as well as the iDigBio recordID linked to the voucher specimen within the publication enables machine discoverable the specimen to data publication linkages. Try it - when you now Google the occurrenceID GUID, the publication is returned as one of the search results. If you enter the occurrenceID GUID into the iDigBio free text search, or into the GBIF search, the Rhododendron specimen (now renamed Rhododendron stanleyi S.James & Argent) is first on the list. Hopefully in the future, a Google search of the GUID will result in the specimen records themselves showing up in the search results.  The immediate advantage of citing the occurrenceID for a specimen is that the publication can be immediately linked to both the specimen and the available digital data wherever it may reside - iDigBio or GBIF or the in-house collection.  It does not, however, enable easy linking to the other collections from the type organism: the holotype found in the Papua New Guinea National Herbarium (LAE specimen number 296375 - data accessible via PNG Plants Database) and the second isotype at RGB Edinburgh (E specimen number E00836901 - data accessible here).  This would require the systematic use of a GUID which would be mapped to the Darwin Core field eventID - something I've been implementing in recent collecting expeditions. Small steps!

You might be asking, how might this apply to publishing larger datasets?  By keeping the occurrenceID and the original recordID with your research dataset downloaded from, say, iDigBio or GBIF, and then publishing your research dataset with your publication or with GBIF, Zenodo, Dryad, or other digital data repositories, all of the data can be tracked and linked, adding value to the digitization effort that collections are undertaking for your benefit, and also dramatically increasing the value of the physical collection housed and cared for in perpetuity for downstream research use. 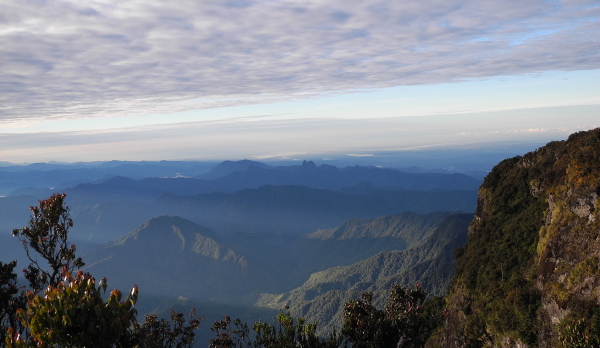 The view from the summit of Mount Yule, Central Province, Papua New Guinea at sunrise (above). Below: Isotype of Rhododendron stanleyi S.James & Argent, SAJ1221, BISH1019605 housed at the Herbarium Pacificum, Bishop Museum, Honolulu. 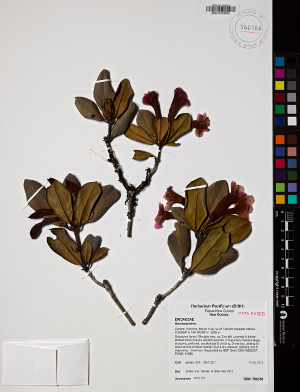 The story behind the name (the etymology).  A new species! What should it be called? Should the location where it was found, atop Mount Yule, be recognized? Perhaps acknowledge the traditional land owners. Maybe use a descriptive name relating to the structure of Mount Yule (a volcanic massif) or the habitat?  This collection of Rhododendron was coincidentally collected on my Mother's birthday!  Name it after her? Finally, Dr Argent convinced me to name it in honor of my late husband as the expedition took place during his death anniversary. He was a passionate advocate of nature and supporter of my work, so that seemed appropriate.  Still unable to make the final decision on a name, I did a little more research into the geographical area and geology of Mount Yule where the three duplicate specimens were collected. The first Territory of Papua geologist, Evan R. Stanley climbed the area and sketch-mapped the geology in 1911. The expedition had to retire before reaching the summit, making me thankful for the availability of modern-day helicopter transportation! A little more research and I discovered he died of "blood poisoning, supervening on a facial pimple" - a staphylococcal infection from a carbuncle on his chin which was lethal during that time - at the prime age of 39 (Davies 1987). What a story! 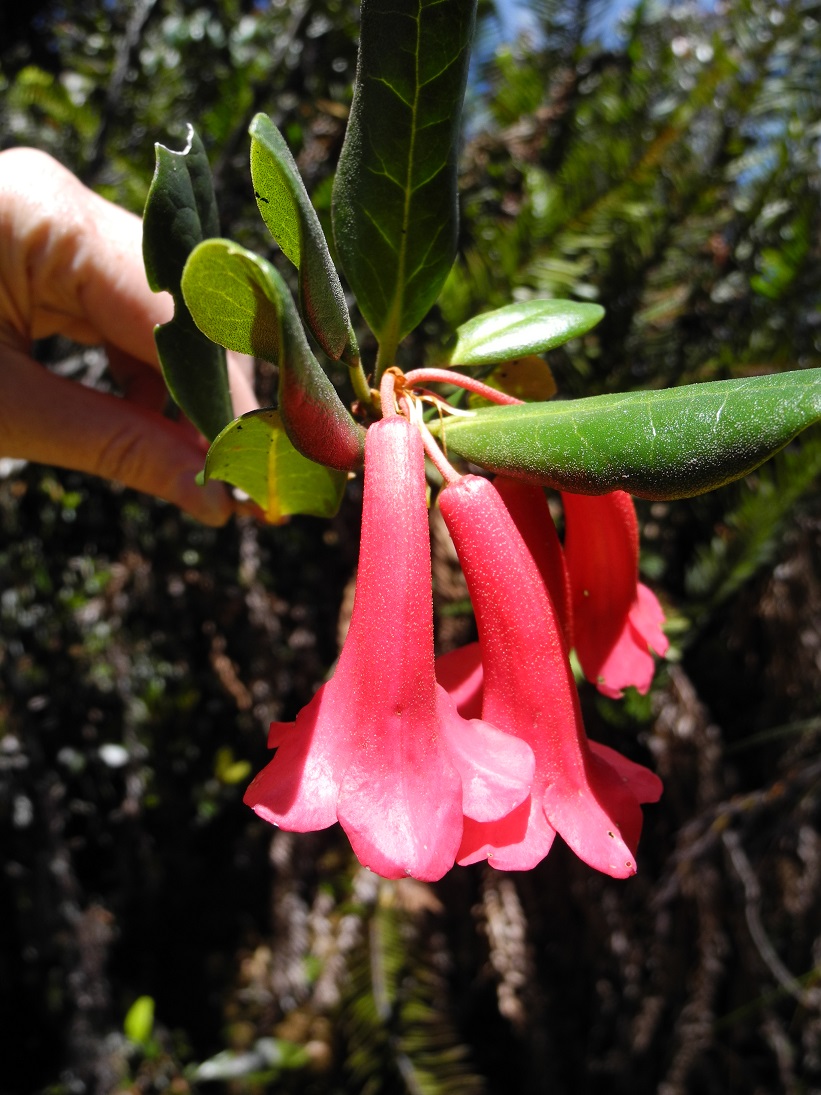 Digging a little further, he was born, educated and died in Adelaide, South Australia - my birth place.  E.R. Stanley's son, Neville F. Stanley was a Professor at my alma mater, The University of Western Australia, and was a prominent microbiologist, and N.F. Stanley's daughter is the distinguished epidemiologist, 2003 Australian of the Year, Professor Fiona Stanley. Talk about a small world.  And there, the decision was made - Rhododendron stanleyi, named in honor of Jonathan H. Stanley (1960-2006), an avid sailor and keen naturalist; and Evan R. Stanley (1895-1924), the first Government Geologist for the Territory of Papua (1911-1924).

May you, too, find a new species, honor someone, and cite the occurrenceID and recordID, for perpetuity!