Have you ever been out on a walk through nature, or even in your neighborhood, and saw what appeared to be a clump of tiny leaves, debris, or lichen… only to see it move?

Upon closer inspection of this mysteriously motile clump of detritus, you may see that it has tiny little legs underneath it. It’s alive! 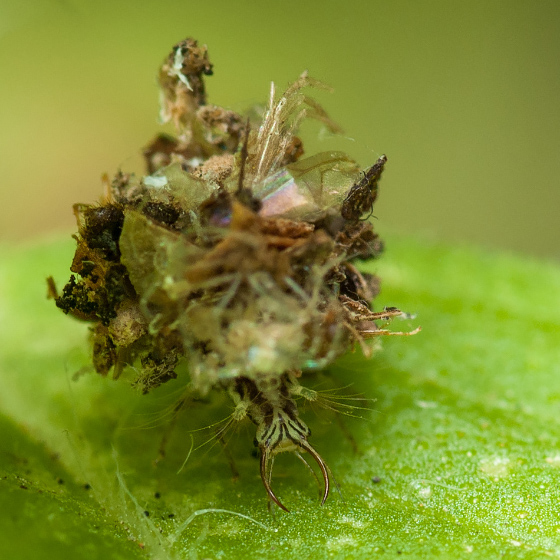 The trash bugs, or “debris-carrying larvae” of lacewing insects (family Chrysopidae), are small, crawling insects that adorn themselves with tiny objects found in their environment. Sometimes it’s bits of leaves, sand, dirt, or tiny fibers; other times it’s the hollow corpses of their fallen enemies. One may be inclined to think that in the case of carrying the remains of its slain enemies, such a display from a trash bug is one of dominance - a subtle threat: “don’t mess with me! I’ll turn you into a fashion statement!"

As amusing as that thought may be, in actuality, it is thought that the ever valiant trash bug engages in such creative and decorative behavior as a potential defense strategy against predators: camouflaging itself with various bits of detritus could help these lacewing juveniles to evade predation by blending in with their environment. After all, if you were to see one of these on your nature walk, chances are you would initially mistake the Chrysopid larva for a mere clump of lichen had it not moved!

As you will see upon closer inspection of our well-dressed larvae, hidden underneath its organic disguise is a set of formidable jaws; these trash bugs are in fact ferocious predators, preying on anything smaller than themselves: aphids, scale insects, mites, and other pint-sized critters are no match for the wicked jaws of the debris-carrying lacewing larvae. If you are so lucky to see one of these larvae feed, you may witness it sticking the hollowed-out corpse of its latest meal onto its body - another collection for its fantastic and creative wardrobe. Zero waste for these economical critters! 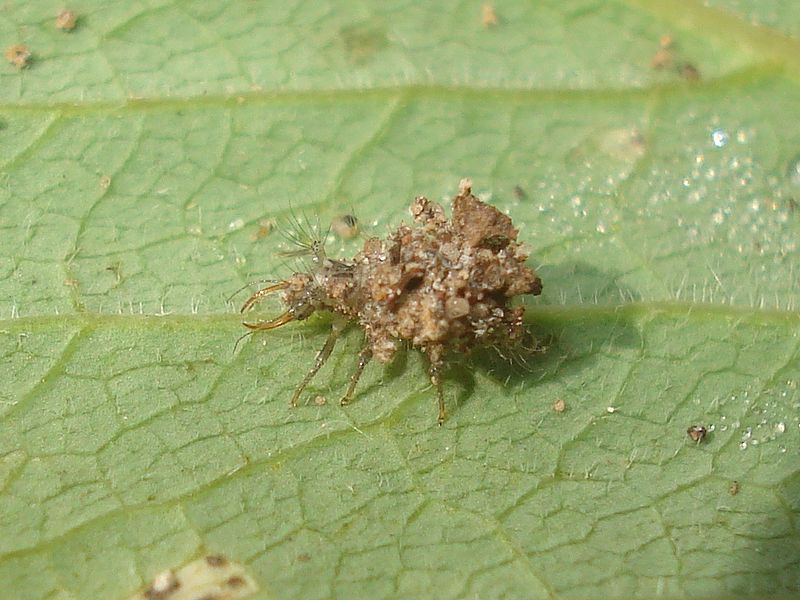 This brings us to another use for these disguises. Thomas Eisner, a biologist and author of a 2003 book titled “The Love of Insects”, observed these larvae and wondered about the purpose of their fashion choices. In one experiment, he carefully removed the debris from the larvae to see how their behavior may change. Indeed, Eisner soon learned that naked trash bugs, without their usual organic disguises, would attempt to infiltrate aphid colonies only to be quickly found out as an intruder - ants, who are often “shepherds” of aphids as the aphids provide the ants with honeydew, were quick to detect that something was amiss, and wasted no time in ousting the intruding trash bugs from the colony. Eisner concluded, then, that this creative disguise was not only to evade becoming prey, but to also aid them in hunting their own prey. While disguised, these trash bugs are able to enter aphid colonies undetected, happily gobbling up the poor aphids who are none the wiser. The powerful jaws of the trash bug are hollow, allowing for an injection of digestive enzymes; these enzymes can dissolve an aphid’s insides within 90 seconds!

Since trash bugs are larvae, they do not stay trash bugs forever. Indeed, they eventually mature into their adult forms - lacewings. Their pupal stage - the stage when they are inside of a cocoon - lasts between 1 and 3 weeks before they emerge as an adult lacewing, though some species in more temperate climates may overwinter in their cocoon form. As adults, they may feed on pollen, nectar, or honeydew (the aphids, apparently, cannot catch a break), as well as supplementing with other smaller arthropods such as mites, or, of course, aphids. Old habits die hard! 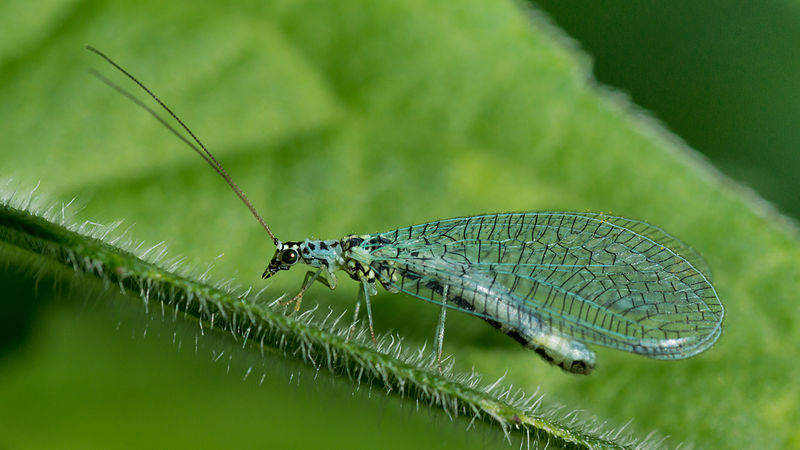