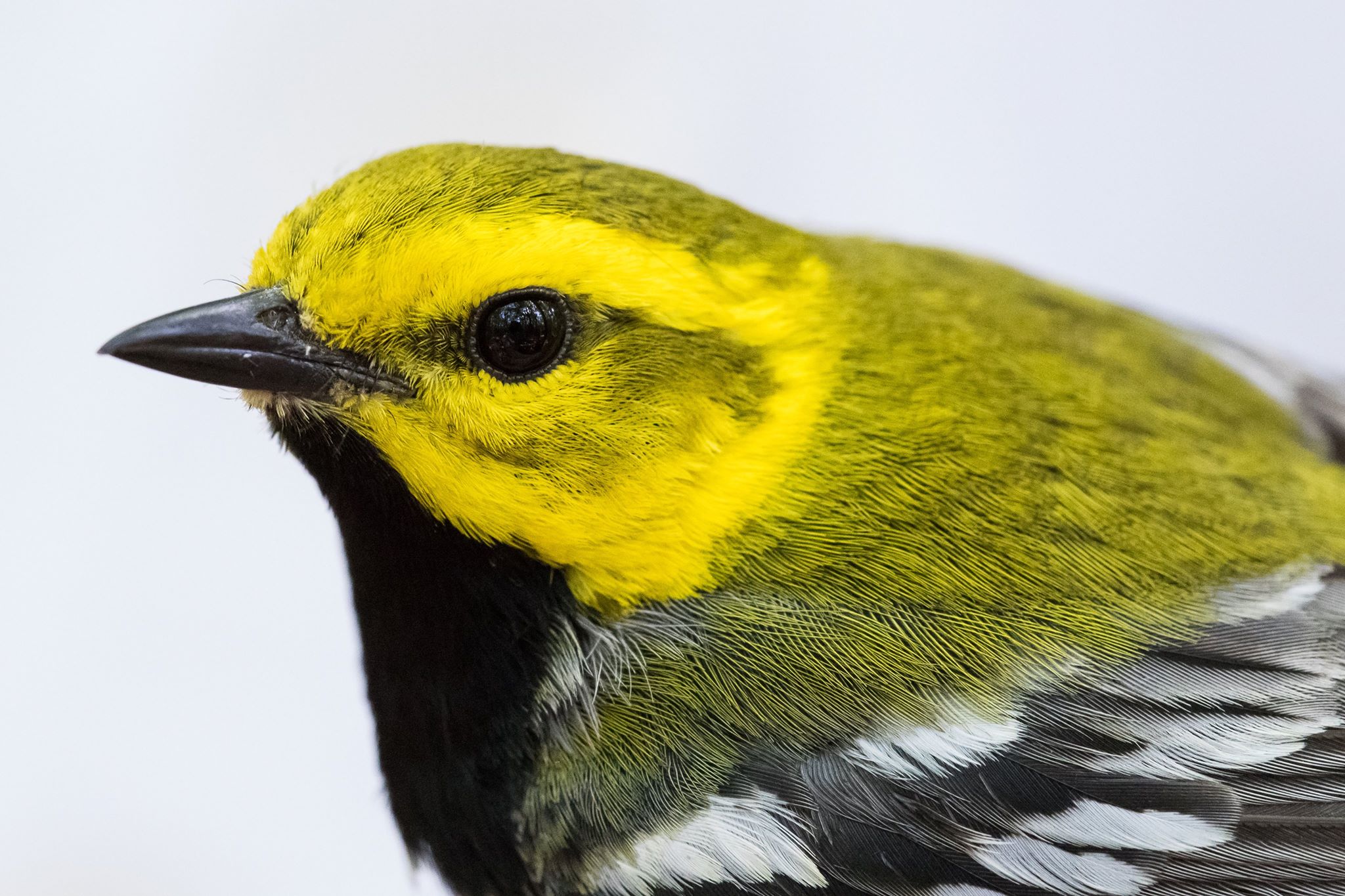 Wood-warblers or New World warblers, often referred to as the “jewels of the forest” are sought after by birders due to their bright plumage and bold contrasting patterns. Beginning in August, fall migration allows many birders the opportunity to see these often solitary birds traveling in mixed flocks. There are over fifty species of warblers in the family Parulidae in the United States with their range and distribution being as variable as their plumage. The majority of species spend their breeding season in the eastern half of the United States and migrate to Mexico and Central America in the winter months.

Warblers are small, busy birds with rounded bodies and pointy beaks, often seen hovering in the canopy of trees as they capture insects. While they predominately eat insects, they also eat small berries and nectar during fall and winter. The mellifluous songs of warblers are unique among songbirds and therefore very useful for identification.

The featured Black-throated Green Warbler (Setophaga virens) has an extensive breeding range, but has seen decreases in numbers in some local populations due to habitat degradation and loss. This species prefers the interior of forests and, as such, is susceptible to habitat fragmentation. Throughout much of its range, invasive insects like the Hemlock Wooly Adelgid (Adelges tsugae) have caused widespread death of Hemlock trees which the warblers are strongly associated with. In addition, many warbler species are threatened by loss of habitat in their tropical wintering grounds.