The Neogene Marine Biota of Tropical America (NMITA: pronounced na-me-tah) is a website and database that provides global access to Tropical American marine biodiversity data from the past 25 million years (http://nmita.iowa.uiowa.edu/). Developed through multiple grants from the National Science Foundation since 1998, NMITA was one of the earliest projects to bring together a database of multi-institutional biological specimen data and images that could be searched on-line and used in research and education in systematics, evolutionary paleontology, stratigr 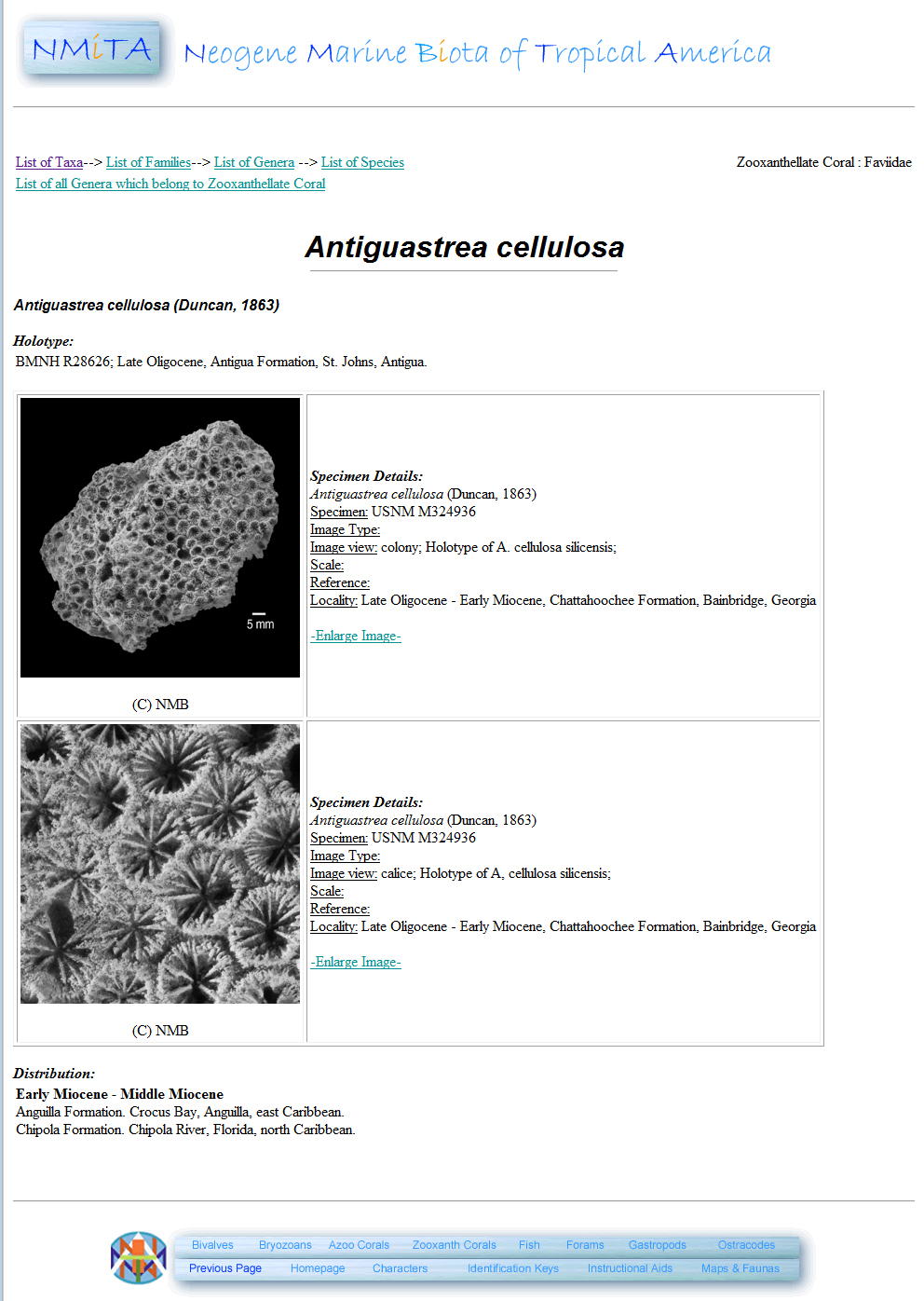 aphy, and biodiversity. Images and information on taxa were collected as part of two large multi-taxa fossil sampling programs: the Panama Paleontology Project (http://faculty.fiu.edu/~collinsl/pppabout.html) coordinated by the Smithsonian Tropical Research Institute in Panama; and the Neogene Paleontology of the northern Dominican Republic project (http://nmita.iowa.uiowa.edu/drprojct.htm) coordinated by the Natural History Museum in Basel, Switzerland.  Many researchers collected over one million specimens including bryozoans, corals (zooxanthellate and azooxanthellate), molluscs (gastropods and bivalves), benthic foraminifera, ostracodes, and fish otoliths. The fossil collections are housed at the U.S. National Museum of Natural History (https://naturalhistory.si.edu/) of the Smithsonian Institution in Washington, D.C. and at the Natural History Museum in Basel, Switzerland (https://www.nmbs.ch/home). NMITA contains thousands of specimen images and species occurrence records. Budd et al. 2008 provide an overview of the database structure and capabilities. The NMITA database and web servers are currently located in the Department of Earth and Environmental Sciences at the University of Iowa and are in the process of being transferred to the University of Miami for future development.

What can you do with NMITA? 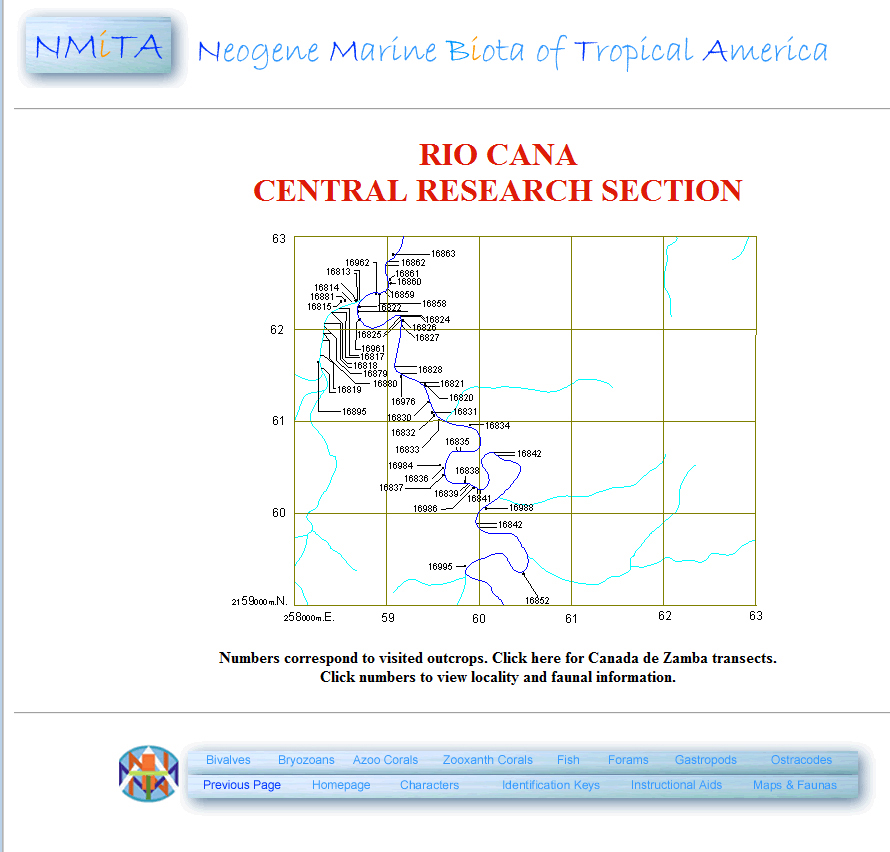 The educational resources of NMITA are:

Visit the NMITA website and explore the current resources, or contact the NMITA developers, via the author, for data sets, web services, and assistance with the NMITA educational tools.