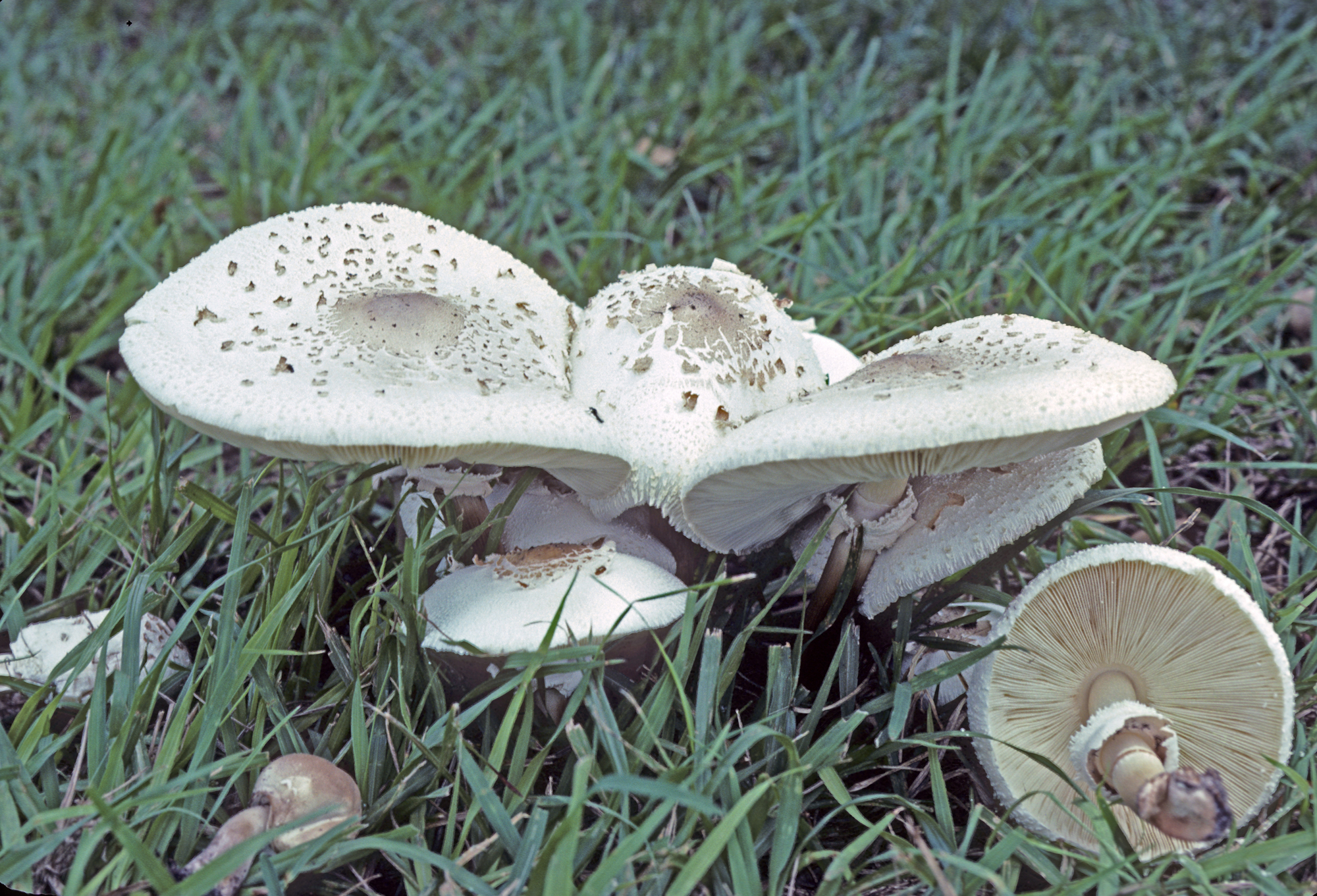 Dr. Tim Baroni, a professor of mycology at SUNY Cortland, received an email request to identify a possible poisonous mushroom from the Upstate New York Poison Center in Syracuse, New York concerning a Rome, New York patient who had recently consumed mushrooms from his lawn and was seriously ill in the autumn of 2017. The initial identification was thought to be Chlorophyllum molybdites, commonly known as the green- gilled Lepiota, based on some blurry images of the fungi and what the patient described of the various fungi he had eaten. Chlorophyllum molybdites is known to cause severe gastrointestinal symptoms of vomiting and diarrhea for 1-3 hours, but is not known to cause death. It occurs in lawns and other grassy areas in summer and autumn and holds the infamous reputation of being the most commonly consumed poisonous mushroom in North America. Even though the patient was quite ill at the time, the care givers believed that the worst of the effects of the mushroom toxins would soon subside if it was Chlorophyllum poisoning. Therefore the attending medical staff decided not to treat the patient immediately but did reach out to Dr. Kathie Hodge at Cornell University who, as is Tim Baroni, on the Poison Control Center call list for possible mushroom poisoning cases. 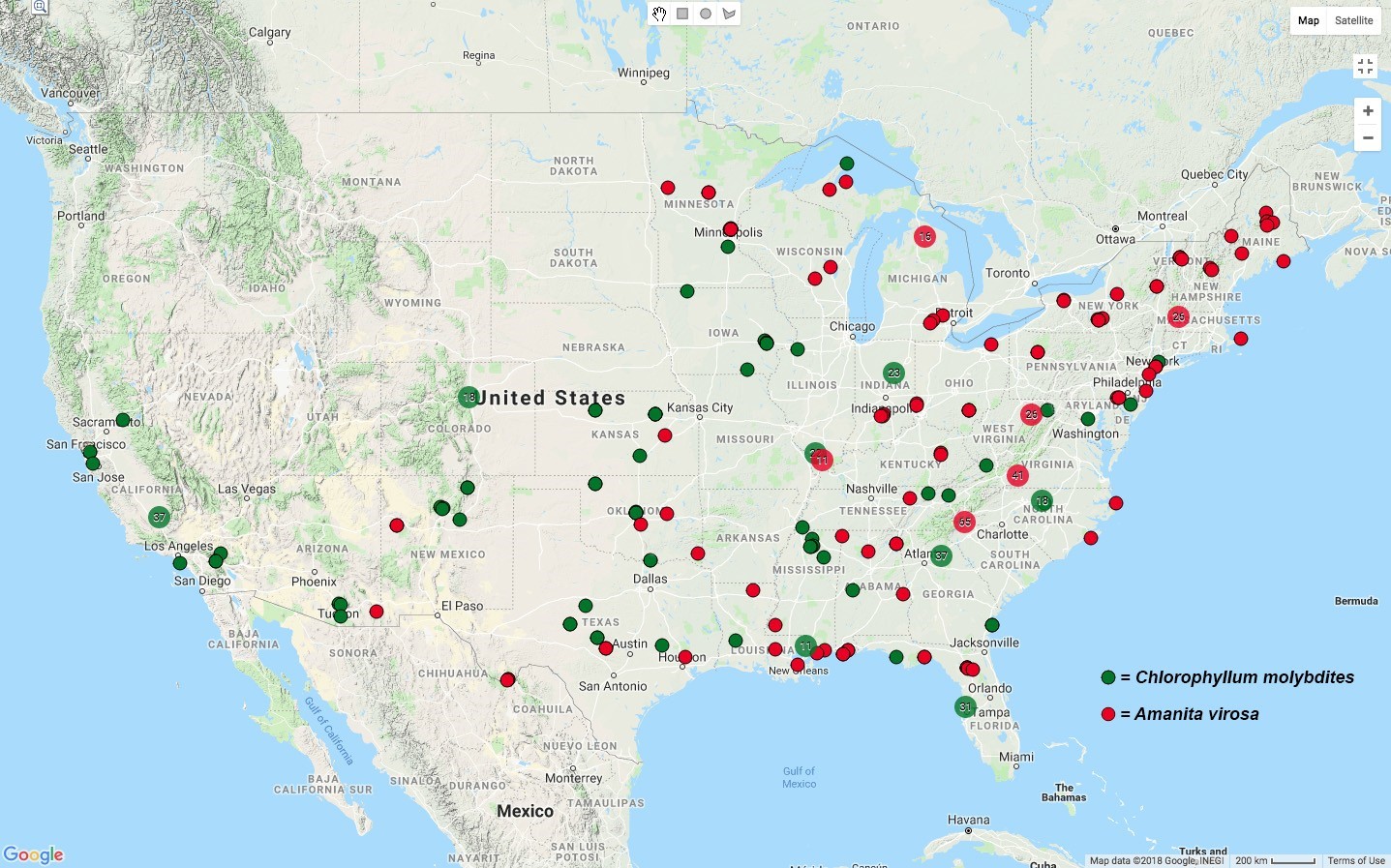 Dr. Hodge was not convinced the blurry images of the partially consumed mushrooms provided enough evidence to confirm the fungus was Chlorophyllum. Luckily for the patient, Kathie decided to confirm the identification with another mushroom expert. Enter Dr. Baroni, who after examining the blurry images of the half-eaten mushrooms had a suspicion that the cause of this illness was actually the fatal Amanita virosa (commonly known as the Destroying Angel) since he was fairly certain that C. molybdites does not  occur in this upstate area of the Northeastern US. He turned to the Mycology Collections Portal (MyCoPortal) to confirm his initial belief where he was able to map the species distributions for both the non-lethal Chlorophyllum molybdites and the deadly Amanita virosa (Fig. 1). Based on these readily available data this was clearly not going to turn out well for the patient unless immediate treatment was given! He strongly urged treatment  for Amanita poisoning directly to the attending medical staff at Upstate Medical Center in Syracuse, NY. Dr. Baroni requested that fresh samples from the patient’s lawn be collected and sent to his laboratory by overnight mail, which the patient’s brother did. That next morning Dr. Baroni opened the package to find several species, one of which was Amanita virosa. He immediately contacted the attending medical staff at the hospital to confirm the poisoning was from a deadly mushroom, and was relieved to learn his advice had been heeded the day before and treatment for Amanita poisoning had started already. The life of the patient was saved after several days in Upstate Medical Hospital and then at the Strong Memorial Hospital in Rochester, NY where the patient was transferred to receive further treatment. The patient was very lucky, thanks to Dr. Baroni and the MyCoPortal. 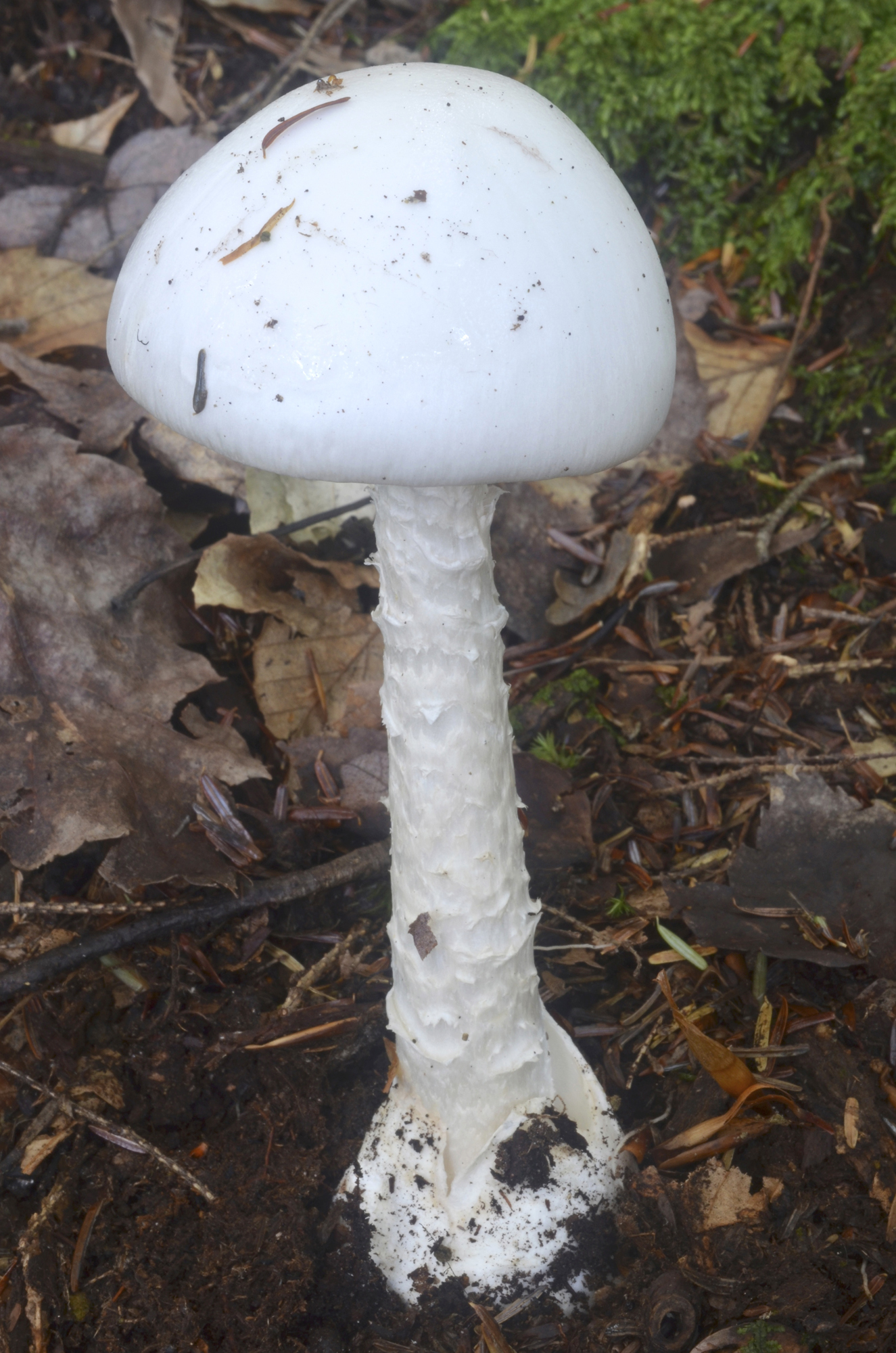