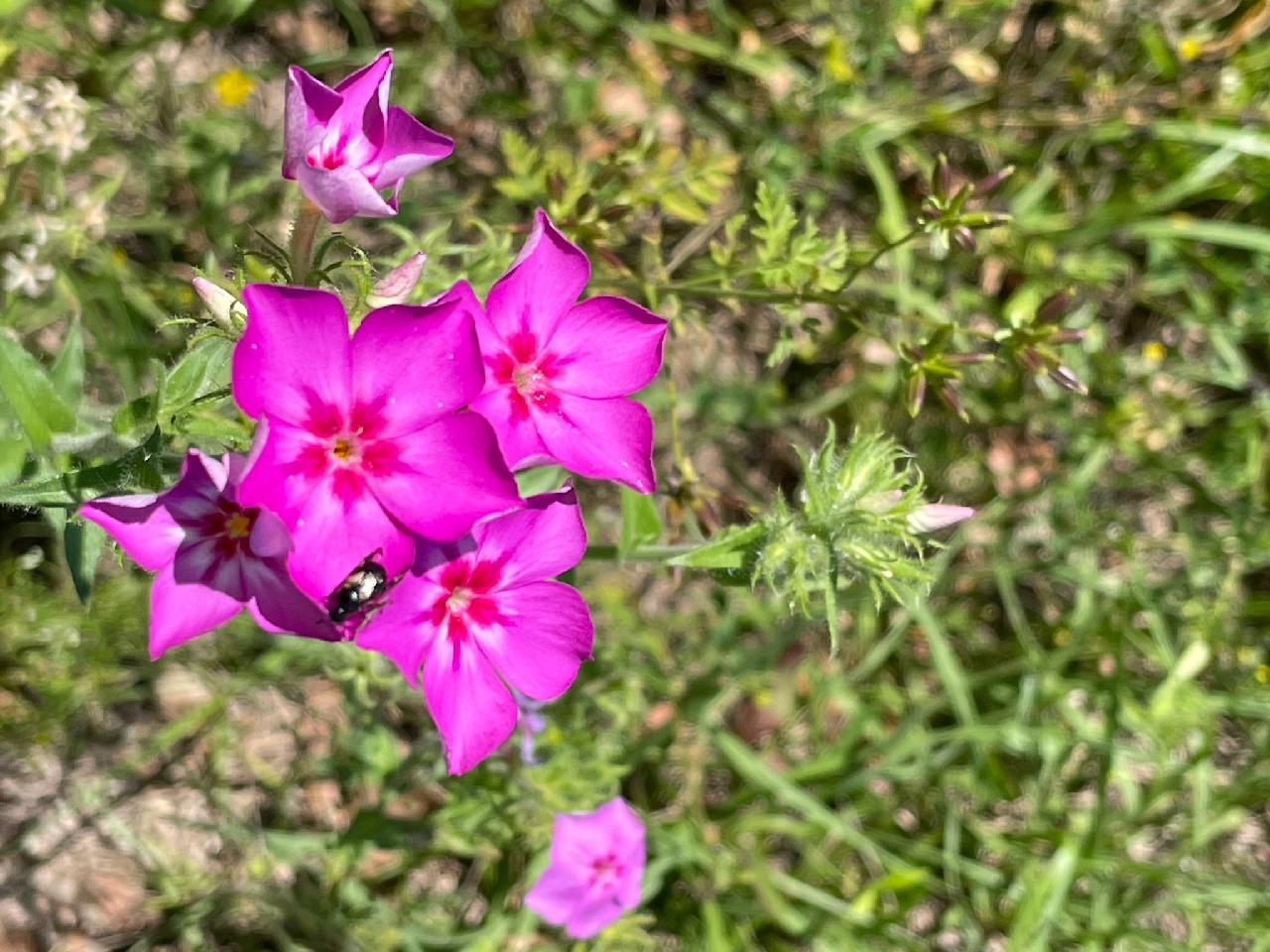 Phlox drummondii found on the roadside in Florida this spring. Photo contributed by Shari Ellis.

Driving around in the rural landscapes of Florida this time of year is simply breathtaking as all the wildflowers start popping up along the roadsides and fields. One particularly striking flower that is a regular on my drives into town is Phlox. Phlox is a genus of over 60 species of flowering plants in the family Polemoniaceae. The genus name is derived from the Greek word meaning flame in reference to their intense flower colors which include blue, violet, pink, red, and white. They are mostly found in North America and occur in many different habitats including forests, alpine tundra, and prairie.

There are six species of Phlox native to my area of Florida, but the one I see most on my daily drives is commonly called annual phlox (Phlox drummondii), a native to the prairies of Texas that has been introduced to Florida both accidently and purposefully for its lovely foliage, showy 5-petaled flowers, and attractiveness to pollinators. Although not native, Phlox drummondii is not believed to be harmful to the ecology of Florida as it spreads almost exclusively in disturbed, sunny areas and is unlikely to compete with its Florida native relatives that prefer more forested habitats.