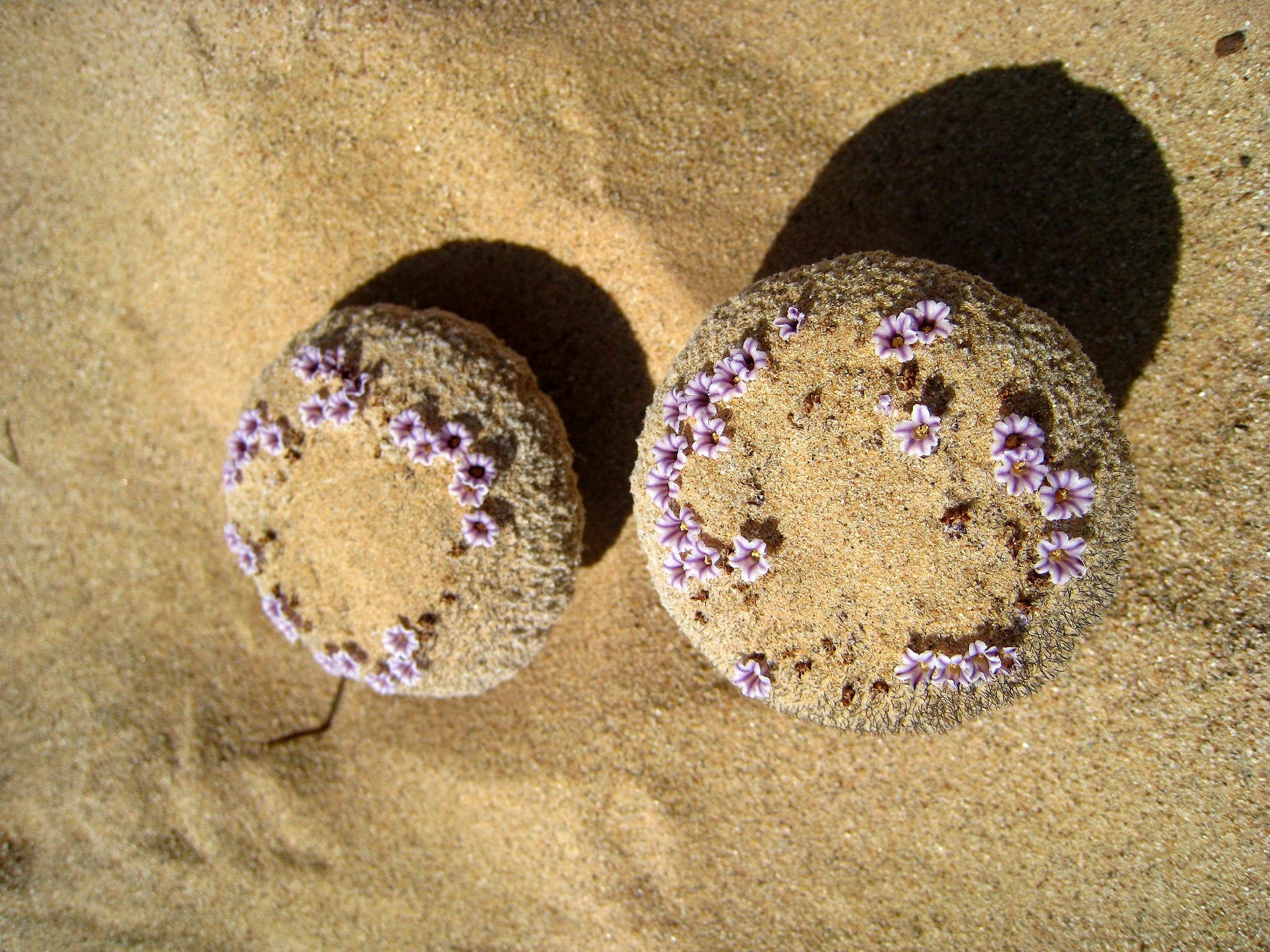 In the deep, drifting sands of the Algodones Dunes of the American Southwest and the El Gran Desierto of northern Mexico lives a curious plant known as Sand Food. To most, Pholisma sonorae looks more like a mushroom than a perennial plant as it is only visible from April to June when its mushroom-shaped inflorescence appears above the surface of the sand. What appears to be a “cap” is formed by hairy calyces (groups of sepals) surrounding several purple flowers. These calyces protect the plant from sun and heat. Typically, only the cap is visible unless drifting sand exposes the stem below. This stem can reach lengths of 1.6 – 4.9 feet below the sand.

Most of the year, Sand Food stays below the surface of the sand where it survives through a parasitic relationship feeding on the deep roots of perennial desert shrubs. Lacking chlorophyll, Sand Food depends on the health of its host plant for survival. Although Sand Food often grows so large that it outweighs its host, the plant does not  inflict undu 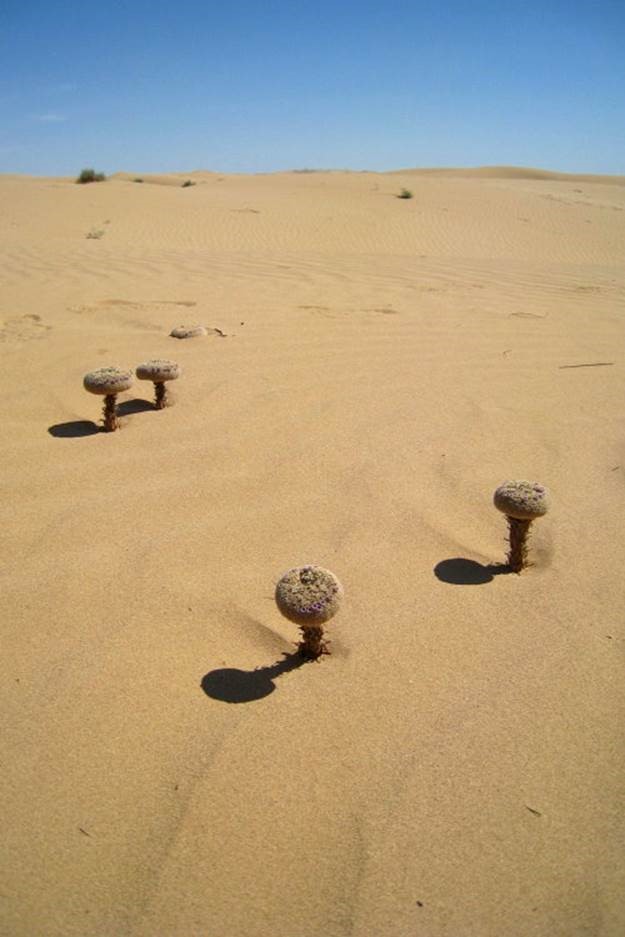 e stress on the host because it stores enough water and nutrients in its succulent stems. During times of drought or stress, water can be shared with the host plant, passing from one plant to the other. Although considered parasitic, the plants do not seem to have a negative affect and may even benefit their host.

Sand Food is an imperiled species due to many threats within its small range. Much of the habitat where the plant is found is public and heavily used by ATV’s and other off-road vehicles. Other threats include military activities, agriculture, habitat loss, and non-native plants. Monitoring of the species is made difficult by the short window in which it is in bloom and visible.

Native Americans are said to have eaten Sand Food’s roots through a process of boiling and baking, possibly contributing the common name Sand Food.