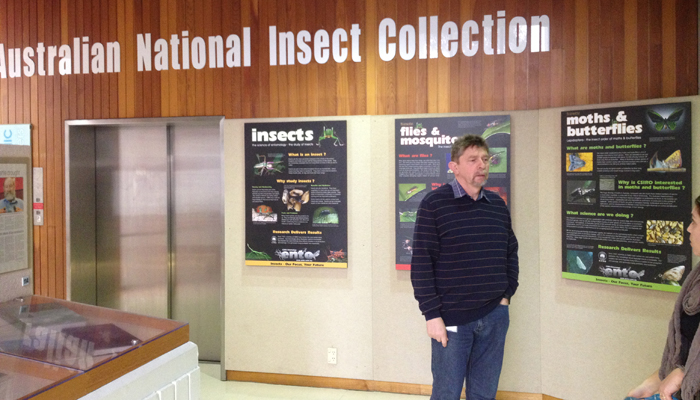 The expansive scope of iDigBio’s activities places it in the forefront of national and international digitization and data aggregation efforts. Recognizing the importance of its numerous international partners and encouraged by the NSF to expand international collaborations, iDigBio accepted an invitation to join a digitization symposium featured at the 12th Pacific Science Inter-Congress held at the University of the South Pacific in Suva, Fiji, and to follow the symposium with a digitization workshop for the Commonwealth Scientific and Industrial Research Organisation (CSIRO), in Canberra, Australia. Both of these activities were planned by Dr. Beth Mantle, who invited iDigBio’s digitization specialist Gil Nelson to make the presentations. Mantle is the collections manager at the Australian National Insect Collection (ANIC)–an existing and important collaborator with iDigBio–and coordinator of Australia’s GBIF node. 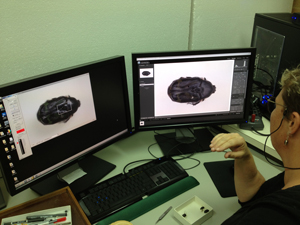 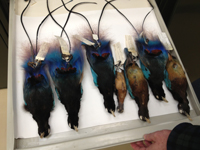 The Pacific Science Association is an international organization based in Honolulu and founded in 1920 to serve as a regional, non-governmental, scholarly organization for the purpose of advancing science and technology in support of sustainable development in the Asia-Pacific. This year’s Pacific Science Inter-congress was attended by an assortment of biologists, ecologists, and social scientists. The program included a daylong symposium coordinated by Mantle and Dr. David Schindel, Executive Secretary of the Consortium for the Barcode of Life. The symposium, titled Connecting Biodiversity Collections in the Pacific: Digitization through DNA Barcoding and Informatics, spanned Wednesday afternoon and Thursday morning, with the Wednesday session focused mostly on the digitization and distribution of biodiversity data and Thursday, on DNA barcoding. Nelson presented a 50-minute segmenton trends in digitization that included an introduction to iDigBio, the essential components of successful digitization programs, and strategies for getting started with digitization. Both days were conducted as a combination onsite presentation and webinar, with as many as two dozen remote attendees, mostly representing the South Pacific. In addition to Nelson, Beth Mantle addressed digitization activities at the Australian National Insect Collection, Shelley James, digitization initiatives at Bishop Museum, Jim Croft the repatriation of data for Papua New Guinea, John La Salle the distribution of digitized specimen data through the Atlas of Living Australia, and David Schindel on DNA barcoding as a system of specimen digitization. 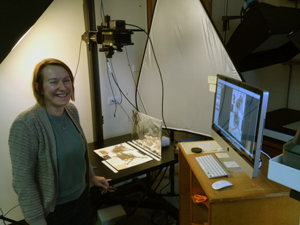 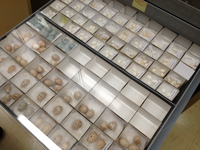 Following the Inter-congress, Nelson traveled to Canberra to review and learn about digitization activities at the various Australian national collections, including the insect collection, wildlife collection, and herbarium collection, as well as at the Atlas of Living Australia. On the 16th he presented a wide-ranging workshop for collections and digitization staff at the CSIRO Discovery Center. The presentation was simultaneously broadcast and recorded and is available via the workshop wiki. Tours of the collections and digitization efforts facilitated numerous opportunities to contrast and compare CSIRO digitization techniques to those in the U.S., with plenty of time set aside for rich and meaningful discussion. Most collections are imaging specimens using a variety of strategies tailored to preparation type. The emphasis has been on high quality equipment with a focus on type specimens. The herbarium has a large collection of several thousand 35mm slides with images of vouchered specimens taken just before they were collected. These slides are being scanned in bulk and matched in the database with the vouchered specimens to give a sense of plant habit prior to collection. Nicole Fisher, technical officer with ANIC and existing collaborator with several of iDigBio’s working groups, demonstrated the SatScan system of whole-drawer imaging of pinned insects. Like many U.S. institutions, CSIRO is in the throes of migrating to a single, institutionwide database system to facilitate cross-domain searching and coordinated data management. The staff is in the early stages of determining the institutionwide requirements that will guide the evaluation of potential database systems. Several collections are well-along with databasing and georeferencing specimens and collections managers are generally well-aware of big data issues and the efficacies of multi-domain databases. 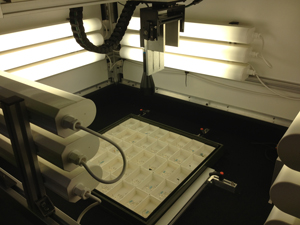 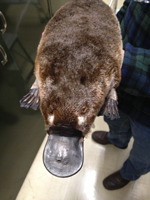 New relationships and collaborations were established, including a strengthened relationship with GBIF due largely to the interests of Joanne Daly, strategic advisor to CSIRO and chair of the GBIF executive committee. Daly encouraged a strong working relationship between GBIF and iDigBio and initiated what will likely become a series of meetings between these entities to explore the various levels at which GBIF and iDigBio can collaborate and learn from one another.