iDigBio Joins OBFS for a Workshop at its Annual Meeting 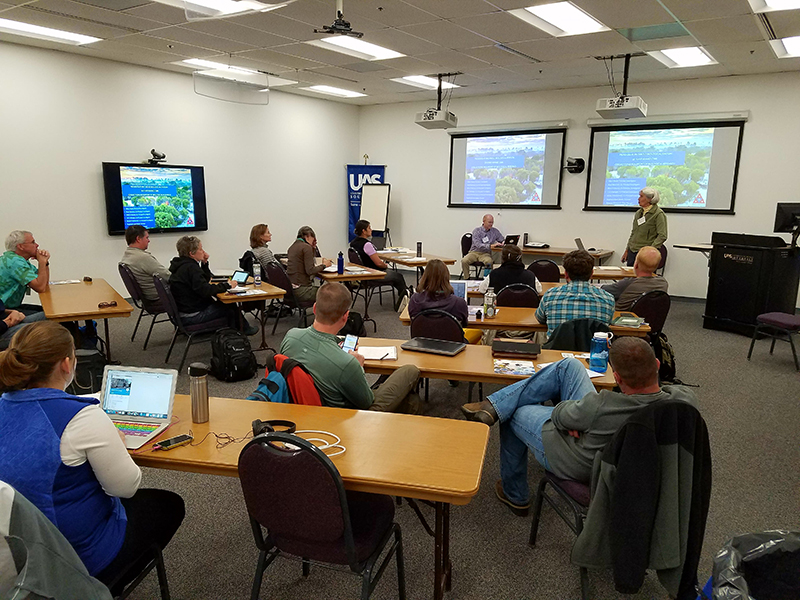 Baranof Island and the town of Sitka, lie along the outer fringe of Alaska’s panhandle, a 22-minute airplane ride south from the capital of Juneau and a short boat ride to the open waters of the Gulf of Alaska. When the Russians first visited Sitka, they found it peopled by the Tlingit, a small community of Native Alaskans that settled the region about 10,000 years ago and who depended on the bounty of the sea as well as the products of the surrounding rain forest. Much of region now falls within the Tongass National Forest and Wilderness Area. The Tlingit remain an active part of the present-day community and their cultural contributions are a featured part of the island and its historical sites. 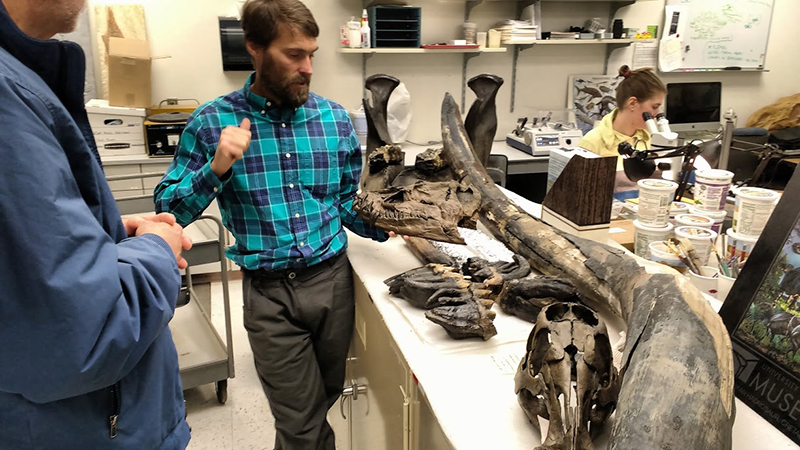 The small village of Sitka, with about nine thousand permanent residents and only 20 miles of improved roads, is home to the Sitka Sound Science Center, a blend of marine lab, biological field station, sea water aquarium, and active education and outreach center focused largely on the terrestrial and marine biodiversity of the Southeast Alaskan Alexander Archipelago. This unique set of attributes combined to make the city a perfect location to host the 50th anniversary meeting of the Organization of Biological Field Stations (OBFS). About 160 registrants attended, representing field stations, biological research stations, and marine labs across the United States, augmented by a smattering of international colleagues. 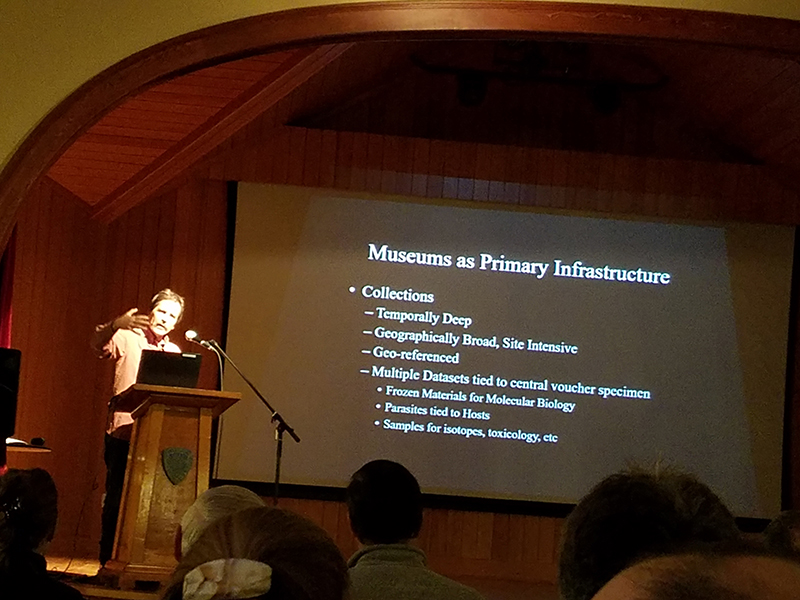 iDigBio was welcomed back to the meeting to lead a half-day workshop and subsequent one-hour discussion session targeting the importance of mobilizing the “dark data” that reside in field station collections but are often hidden from larger data aggregators and the broader scientific community. The University of Alaska Southeast served as an excellent and comfortable workshop venue. Twenty participants attended, all of whom arrived the day before the main conference. The Friday afternoon discussion session attracted another 20. Primary workshop goals included introducing efficient and inexpensive methods for initiating field station digitization, sharing the successes of existing field station digitization initiatives, and recruiting new stations to the ADBC community. Contributions from Faerthen Felix and Jeff Brown of Sagehen Creek Field Station, Hilary Swain of Archbold Biological Station, Kevin Browne of the University of California Natural Research Reserve System, Gil Nelson of Tall Timbers 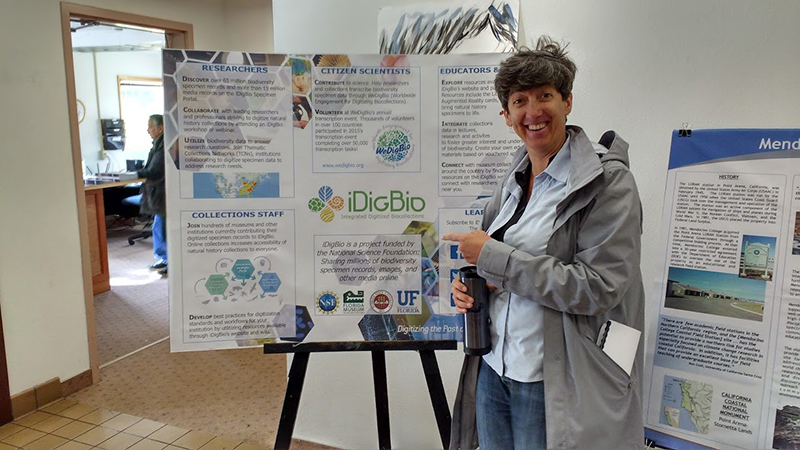 Research Station and Land Conservancy and iDigBio, and David Jennings, iDigBio’s project manager, ensured rich discussion and plenty of opportunity to address important questions. The workshop highlighted avenues for joining the iDigBio/SPNHC-sponsored Small Collections Network (SCNet) and featured the North American Network of Small Herbaria (NANSH), the Symbiota Collections of Arthropods Network (SCAN), and the Consortium of Small Vertebrate Collections (CSVColl), as options for field stations to move their data to the web and subsequently to iDigBio. Four stations committed to launching a digitization program with the help of iDigBio and others in attendance, and will meet virtually for initial planning after returning from the meeting. 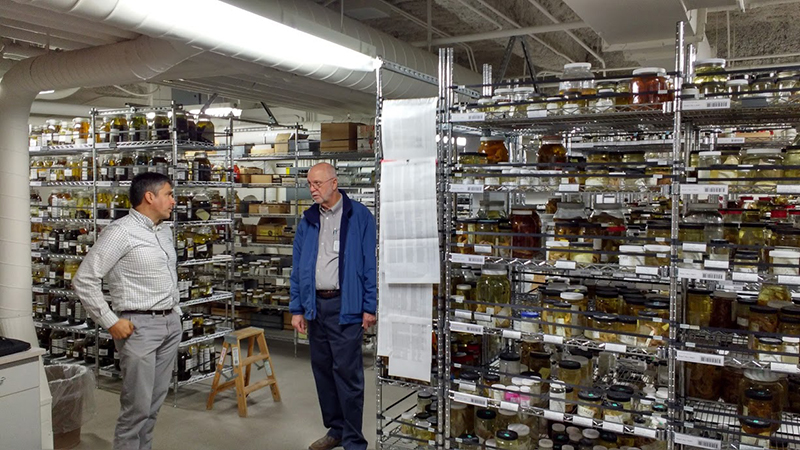 Just prior to the OBFS conference, Jennings and Nelson took advantage of being in the vicinity to visit colleagues at the University of Alaska’s Museum of the North in Fairbanks. We were welcomed by Pat Druckenmiller, who arranged a schedule for the day. Included were visits to the paleontology collection, highlighted by the new dinosaur species recently described by museum scientists. Also on the agenda were tours of the ichthyology collection with Andrés López, entomology with Derek Sikes, and the herbarium with Jordan Metzger. A self-guided tour of the museum’s excellent exhibits capped the day. 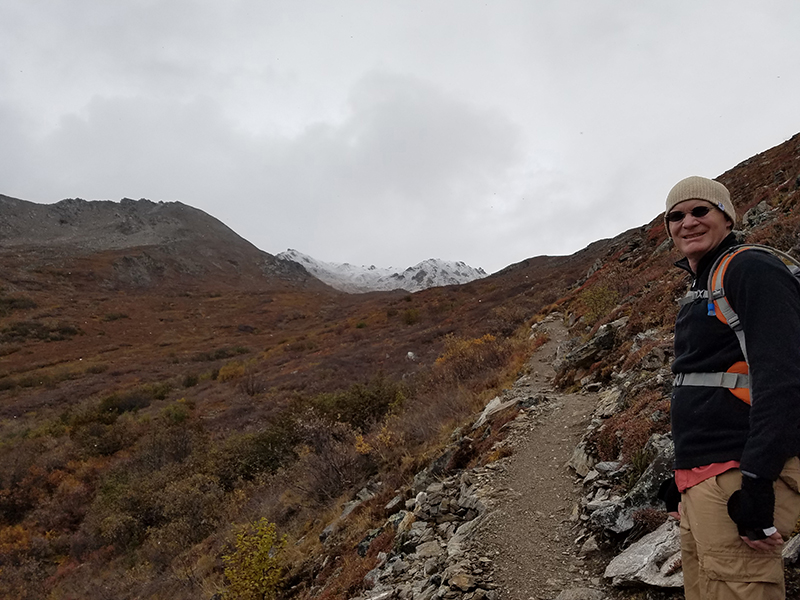 Thanks to David Jennings for the wonderful images!