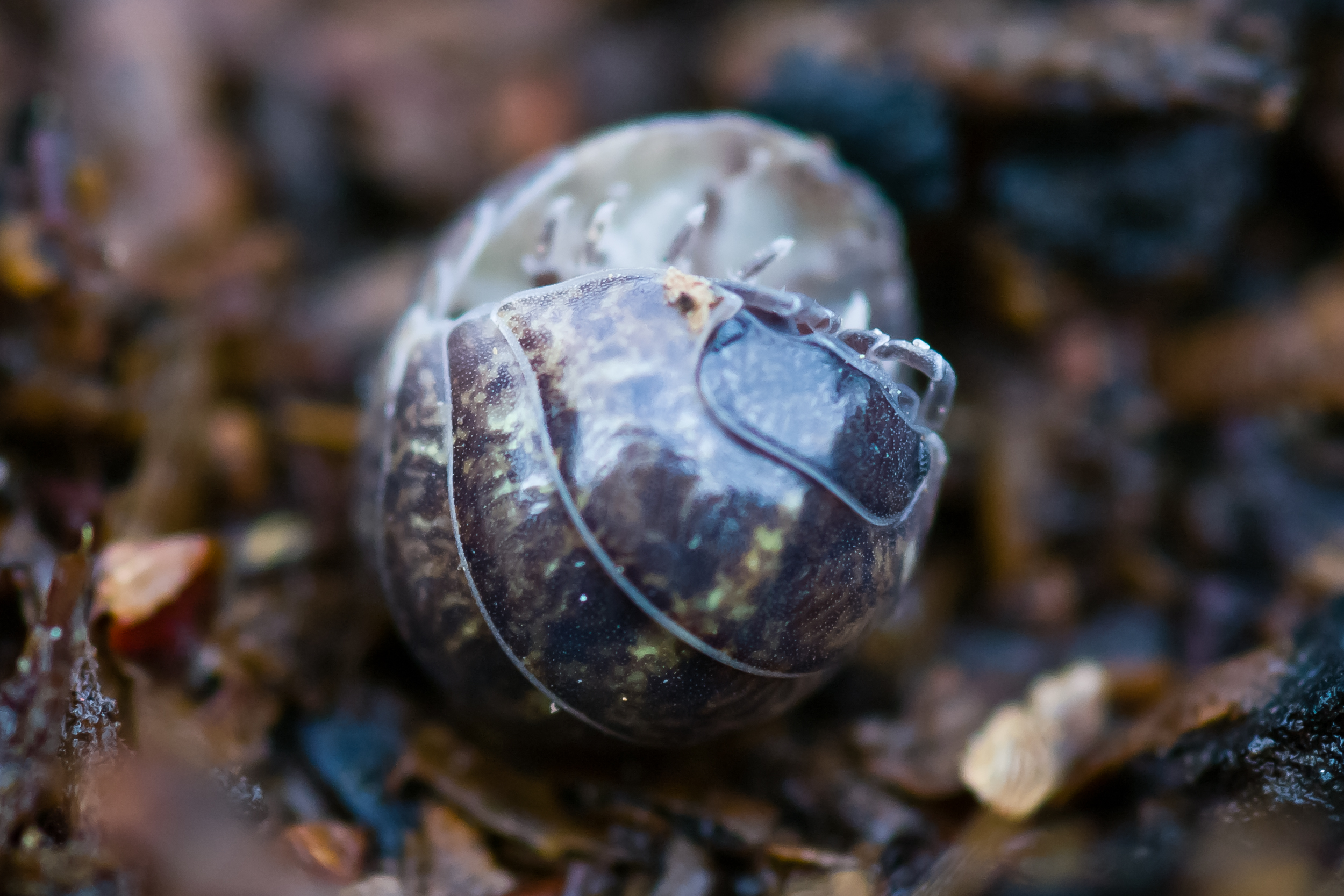 The end of 2021 is now on the horizon but, if you are like me, your schedule is as busy as ever! I have been thinking about how nice it would be to roll into a ball and block out the world for a little while, which made me think of the marvelous pillbug.

The pillbug, (Armadillidium vulgare) is neither pill nor insect but an isopod, which is a type of non-insect arthropod also known as a terrestrial crustacean. It is sometimes called a roly-poly (that is what I called it growing up) due to its ability to roll into a ball (called conglobation) when disturbed. This defensive behavior also makes it look like a pill, which is why it is also known as a pillbug.

Pillbugs are nocturnal, though they may be found during the day in the soil or under debris. They are found in forests, fields, gardens, and even in urban areas. They like temperate, moist environments and can often be found under rocks and logs. One of the most interesting characteristics about this humble arthropod is that pillbug eggs hatch inside of the female parent in a pouch called the marsupium where they stay inside the mother for another one- or two-weeks receiving nutrients from the mother.

Pillbugs were introduced from the Mediterranean and are now found throughout the world in temperate regions. They are primarily detritivores and are prey to many species and therefore mainly beneficial to the ecosystems they inhabit. They are also largely beneficial in gardens and yards, though some folks are not super excited when they find their way indoors.

I hope everyone has a wonderful and stress-free rest of their year, and remember when in doubt, conglobate!