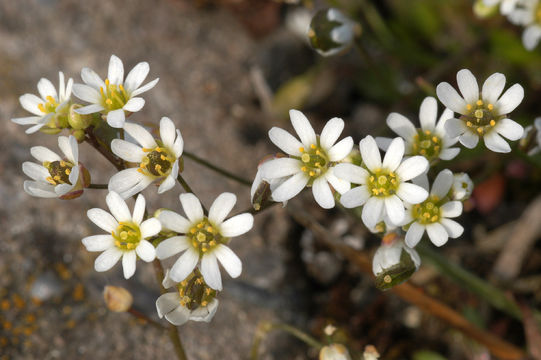 Every year around this time I think about Aldo Leopold’s ode to Draba, a tiny, inconspicuous plant that can serve as an early sign of spring in some areas for the extra observant.

Draba verna, also known as Spring whitlow-mustard, is native to Eurasia and introduced to eastern and western North America. The generic name Draba comes from the Greek word drabe meaning "sharp" or "bitter" and the specific epithet verna is Latin in origin and means springtime. Find specimen records of Draba in the iDigBio Portal.

Aldo Leopold (1887-1948) was a conservationist, forester, philosopher, educator, writer, and outdoor enthusiast.  Enjoy the exerpt about Draba from one of Aldo Leopold’s most famous works, The Sand County Almanac. 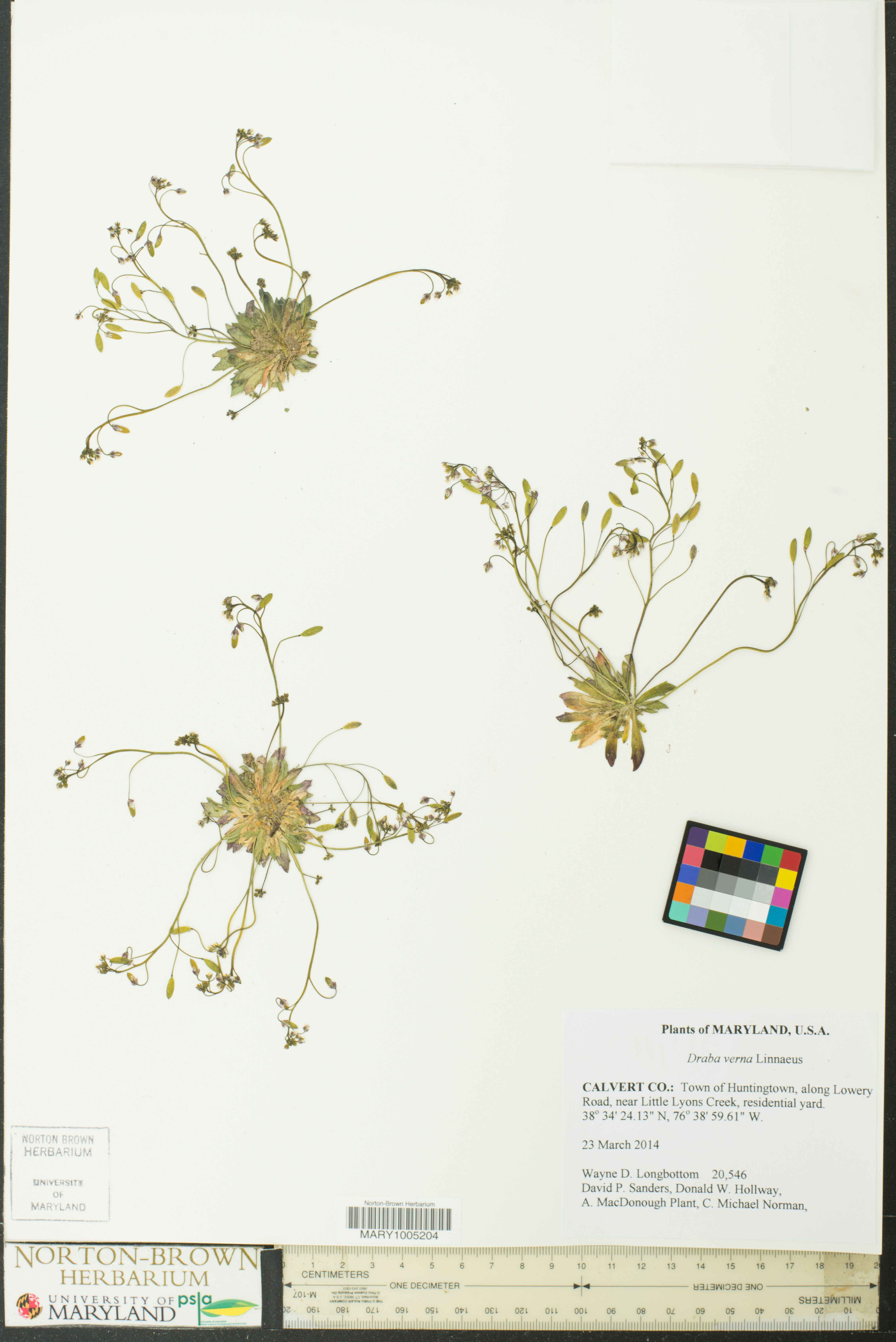 "Within a few weeks now Draba, the smallest flower that blows, will sprinkle every sandy place with small blooms. He who hopes for spring with upturned eye never sees so small a thing as Draba. He who despairs of spring with downcast eye steps on it, unknowing. He who searches for spring with his knees in the mud finds it, in abundance.

"Draba asks, and gets but scant allowance of warmth and comfort; it subsists on the leavings of unwanted time and space. Botany books give it two or three lines, but never a plate or portrait. Sand too poor and sun too weak for bigger better blooms are good enough for Draba. After all, it is no spring flower, but only a postscript to a hope.

"Draba plucks no heartstrings. Its perfume, if there is any, is lost in the gusty winds. Its color is plain white. Its leaves wear a sensible woolly coat. Nothing eats it; it is too small. No poets sing of it. Some botanist once gave it a Latin name, and then forgot it. Altogether it is of no importance -- just a small creature that does a small job quickly and well."