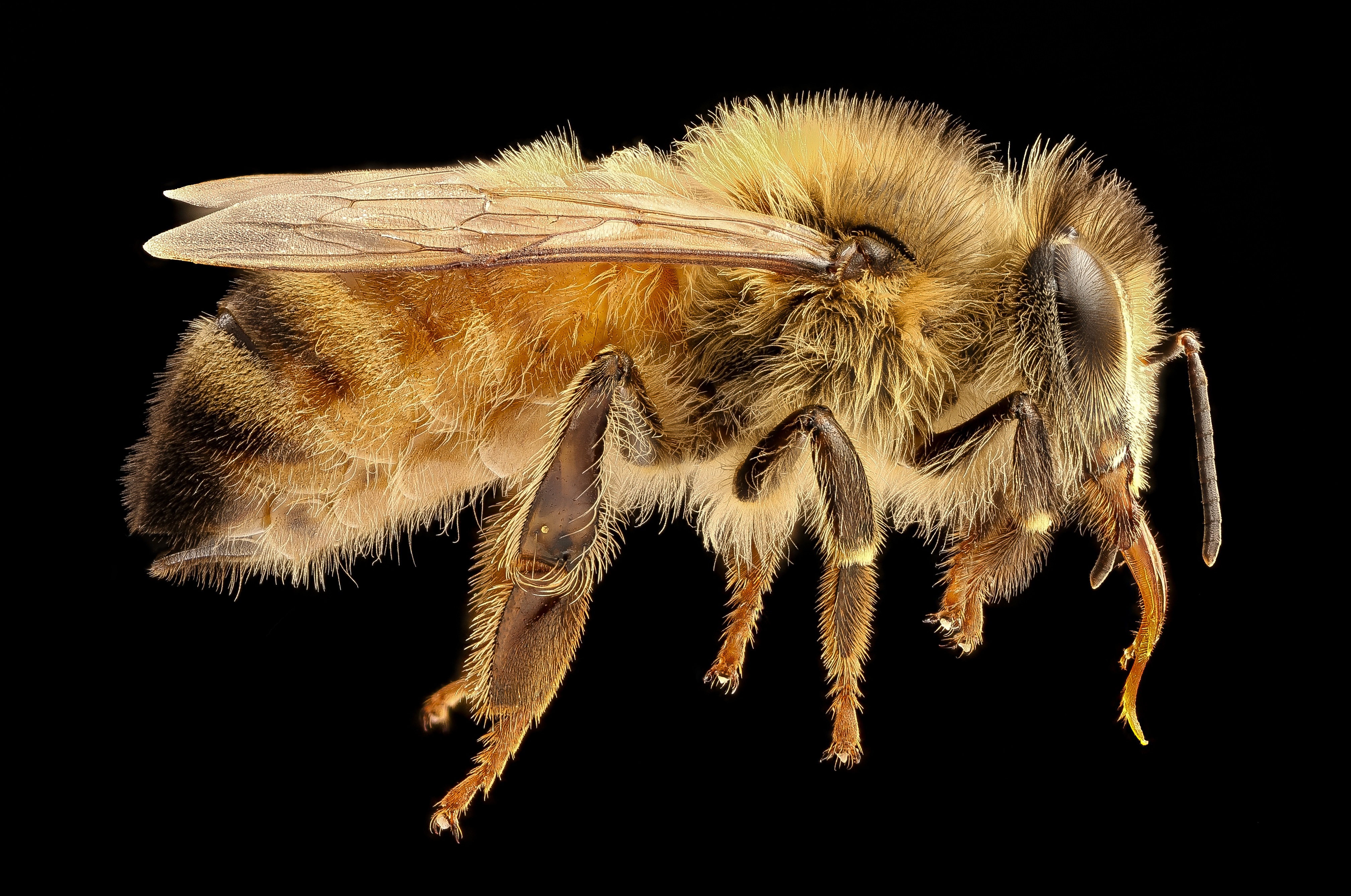 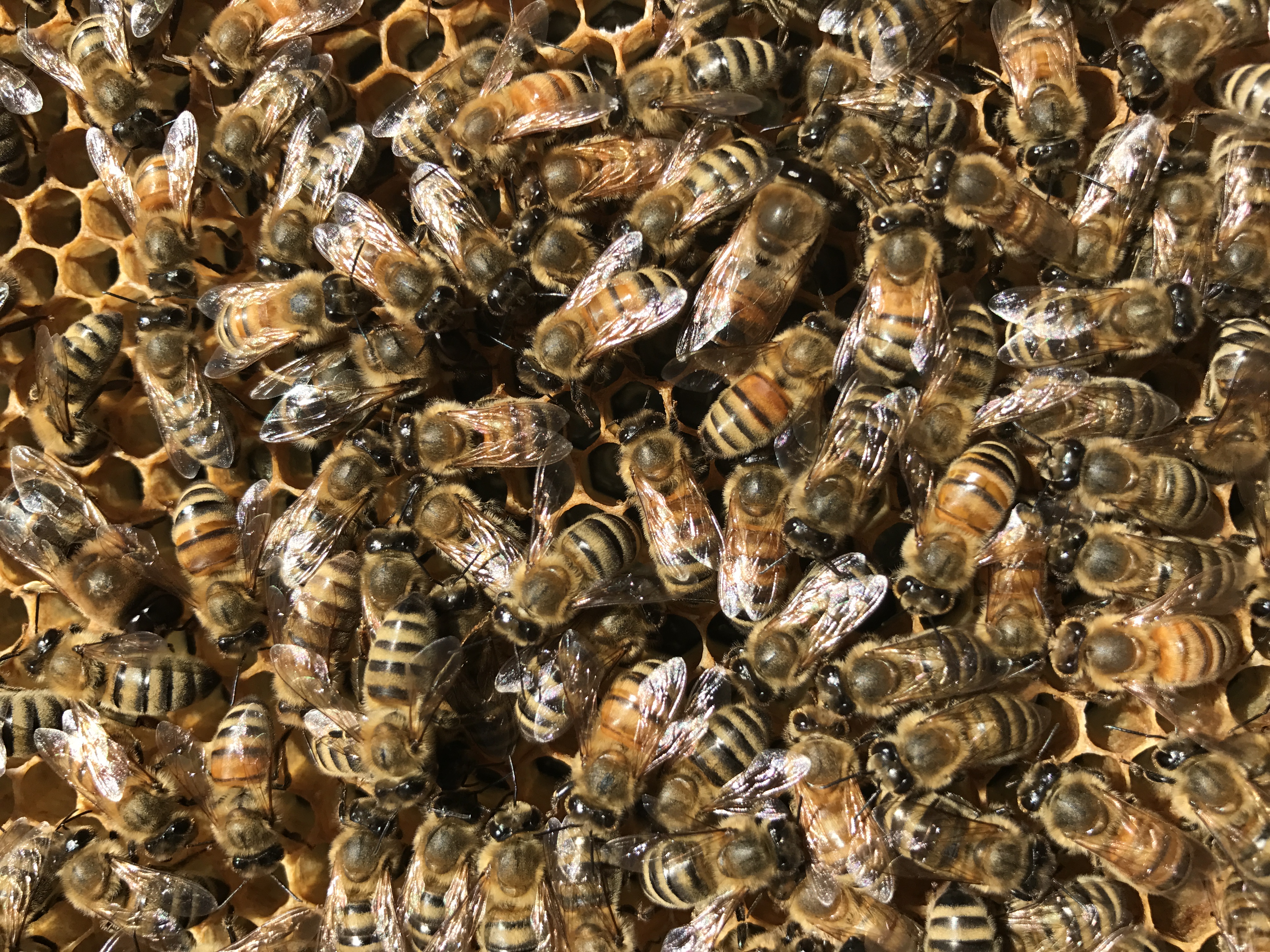 can be found today on every continent except Antarctica having been spread by humans who value their efficiency as pollinators and honey producers. As they have spread geographically, honey bees have adapted to many different habitats, and as a result of the genetic variation among these far-flung populations, scientists subdivide them into at least 20 recognized subspecies.

Honey bees are social insects that thrive in colonies with up to 80,000 to 100,000 individuals during their peak foraging season. A hive consists of a queen bee, the only member of the colony able to lay fertilized eggs; worker bees, which perform a multitude of tasks such as foraging, guarding, and tending to the larvae; and drone bees whose sole task is to find a queen and transfer their genetic makeup. A queen will leave the hive once during her lifespan to embark on her single mating flight. Afterwards, she will return to lay up to 1,500 eggs in one day. She will continue this laying pattern in preparation for the peak foraging season during spring and summer. Only about 10% of these eggs will pupate into drones (males), while the other 90% will be worker bees (females). The lifespan of a worker bee in the spring and summer months is generally 42 days; however, in the winter when  bees are not as active they live significantly longer, 5-6 months on average. A queen bee on the other hand will far surpass her offspring with a lifespan of 2 to 5 years. 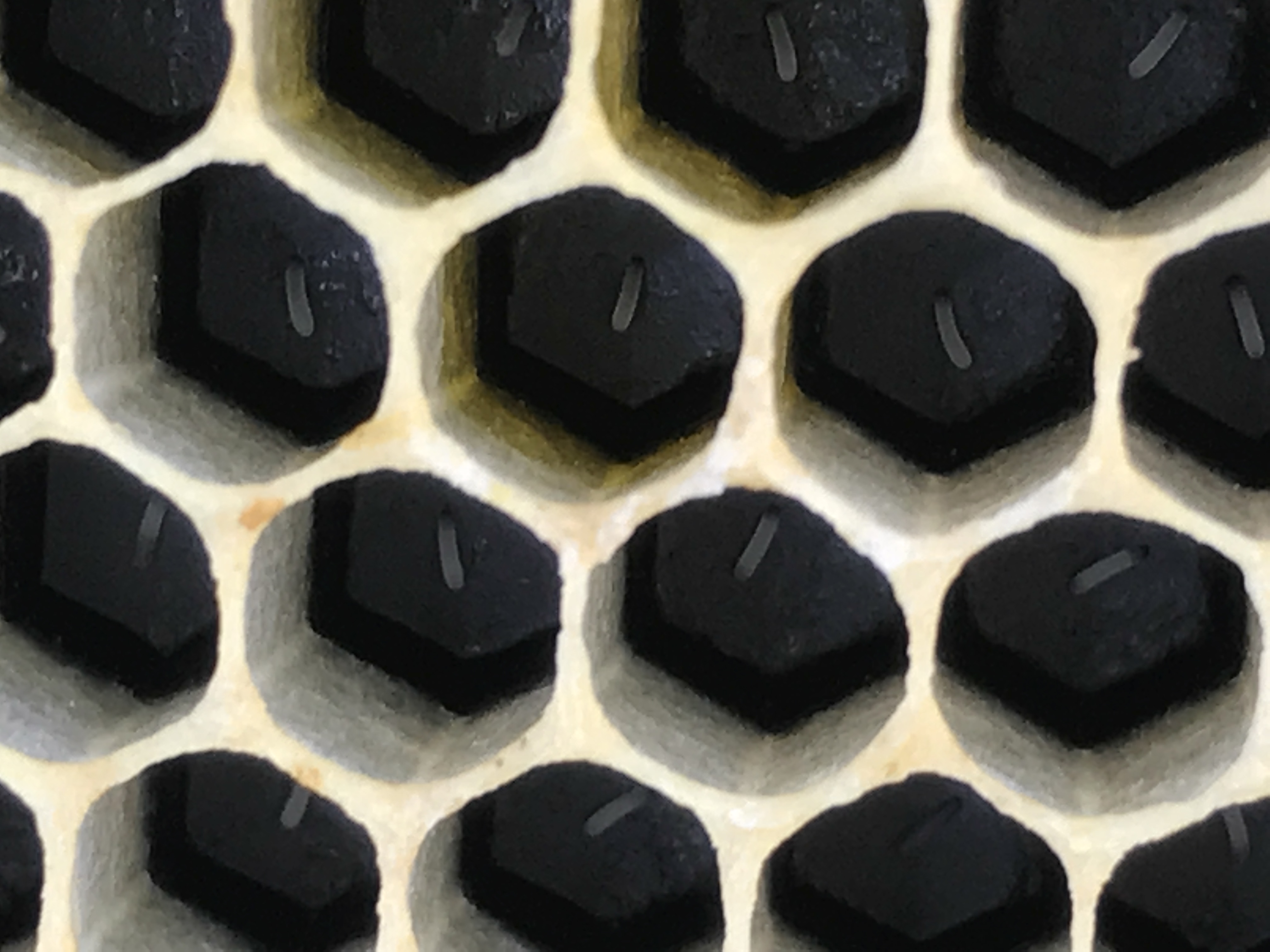 A honey bee’s diet consists of nectar, honey, and pollen. Nectar provides bees carbohydrates whereas pollen is their source of protein. Honey is dehydrated nectar along with some added enzymes that bees produce and store for the winter months when they experience a long dearth of nectar.

The University of Florida has opened a new honey bee lab to support beekeeping and agriculture. Read more about it here.

This article has been contributed by Erica Mitchell, Apiarist and Owner of Humble Bee Honey in Eugene, Oregon.