A special iDigBio Blog Contribution by:

In September, I had the pleasure of attending a presentation by Jason Osborne and Aaron Alford, founders of Paleo Quest (http://paleoquest.org/), a non-profit education and research organization that provides a conduit for citizen science in paleontology. Jason and Aaron, both passionate amateur paleontologists, developed Paleo Quest in order to advance scientific research in paleontology and geology through field collecting and making material contributions to museums, activities which also serve to advance science education and public involvement. Their presentation, Accelerating Scientific Discovery through Public Participation, was held at the Calvert Marine Museum on September 22, 2012. In this talk, they described how they evolved as amateur paleontologists, made connections with professional scientists, and developed their ideas for using science education in the classroom to provide data and materials to the scientific community. 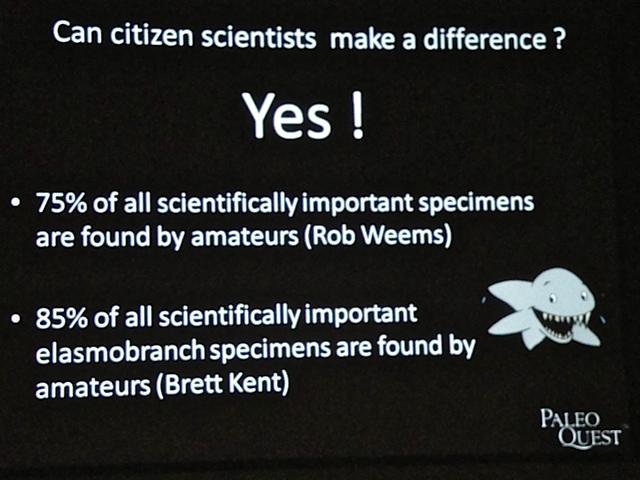 The presentation by Jason Osborne and Aaron Alford highlighted the valuable contributions that amateurs make towards scientific knowledge.

This talk followed a monthly meeting of the Calvert Marine Museum Fossil Club, an organization whose members include teachers, students, government workers, military personnel, and retirees as well as professional scientists in the form of museum curators and geologists. Importantly, Bruce MacFadden and Katherine Hendy have identified more than fifty fossil clubs such as this as part of our FOSSIL (Fostering Opportunities for Synergistic STEM with Informal Learners) project. Through FOSSIL, we intend to develop a network among U.S. fossil clubs that creates STEM learning opportunities, enhances interaction between professional and amateur paleontologists, and creates a portal through which amateur paleontologists can become involved in collection digitization - not only of specimens reposited in natural history museums, but also the often important specimens and data that are in private collections. 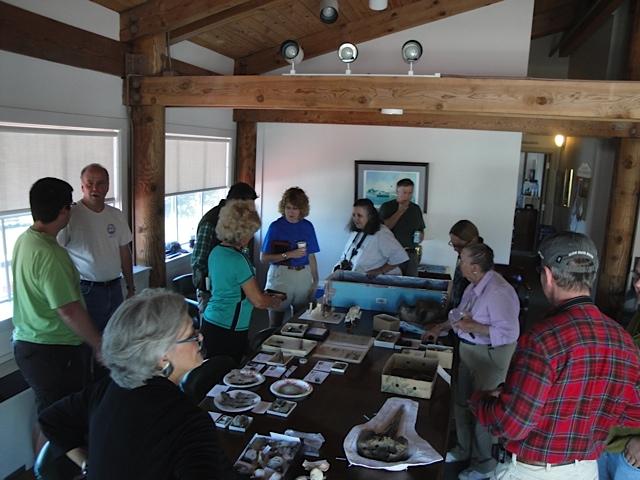 In the context of reaching citizen scientists like Jason and Aaron and organizations like the Calvert Marine Museum Fossil Club, participation in the recent iDigBio workshop on Public Participation in Digitization of Biodiversity Specimens was a valuable experience. The members of fossil clubs not only have tremendous knowledge and enthusiasm, but also often have extensive personal collections that are typically not considered in discussions of digitizing natural history objects. The public participation workshop taught us not only that members of the public can effectively use their knowledge and enthusiasm to make a dent in the digitization of natural history collections, but also that data from personal collections and observations can be effectively captured and shared with scientists in a meaningful way.