2018 US Science and Engineering Festival 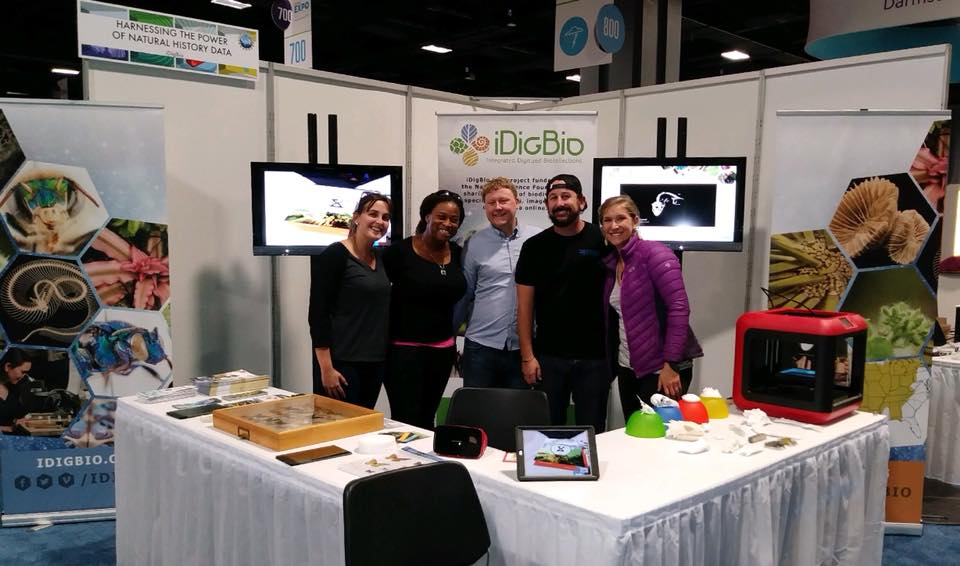 iDigBio participated in the 5th annual US Science and Engineering Festival in Washington D.C., April 6-8, Friday- Sunday. Friday, April 6th, "Sneak Peek Friday" was open to schools, homeschoolers, and military families, and then Saturday and Sunday was open to the public. The entire event was free to all attendees. There were over 3,000 STEM based activities organized into 18 different pavilions with themes ranging from the ocean to outer space. 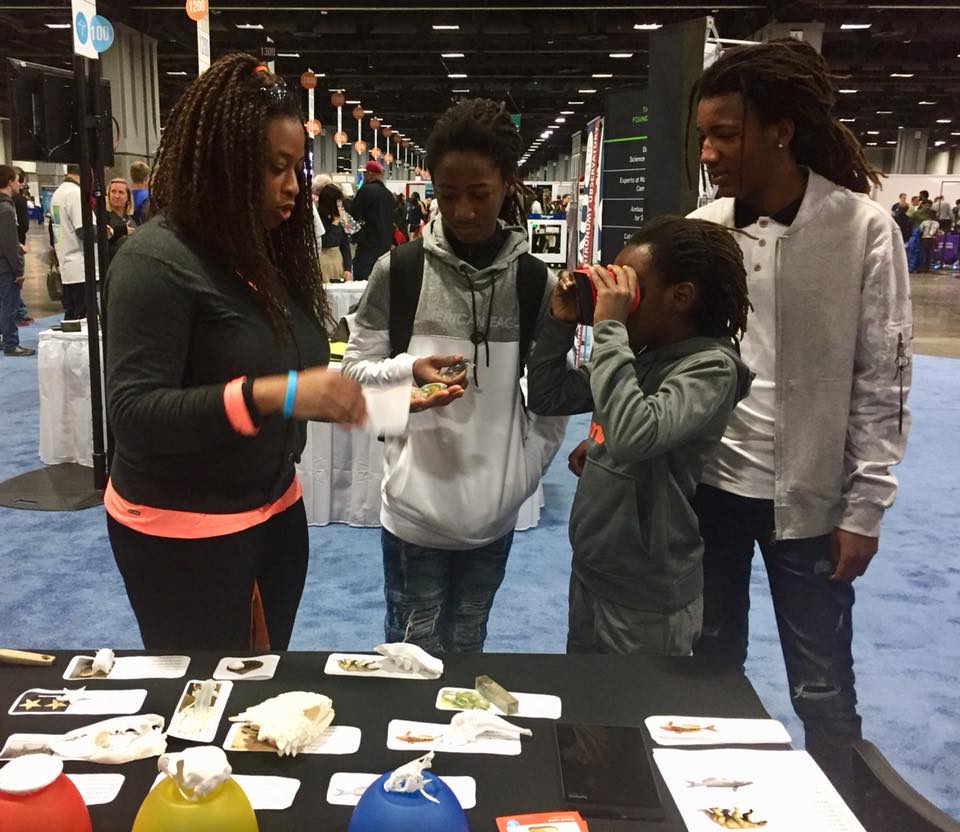 iDigBio participated in the National Science Foundation pavilion which included 22 exhibits in an 11,000 square foot space. Exhibits within the pavilion included hands-on exhibits designed to inspire kids in all aspects of science. Around 370,000 people attended the event.

The iDigBio exhibit was represented by Adania Flemming (iDigBio), Jillian Goodwin (iDigBio), Stacey Huber (FLMNH), Kevin Love (iDigBio), Austin Mast (iDigBio) and Sean Moran (iDigBio). The exhibit highlighted applications of digital data in two sections. The first half of the exhibit included a 3D printer and over a dozen 3D printed specimens of different taxa. Many of the models are a product of the oVert project, a TCN that is generating and sharing high-resolution three-dimensional data for internal anatomy across vertebrate diversity. 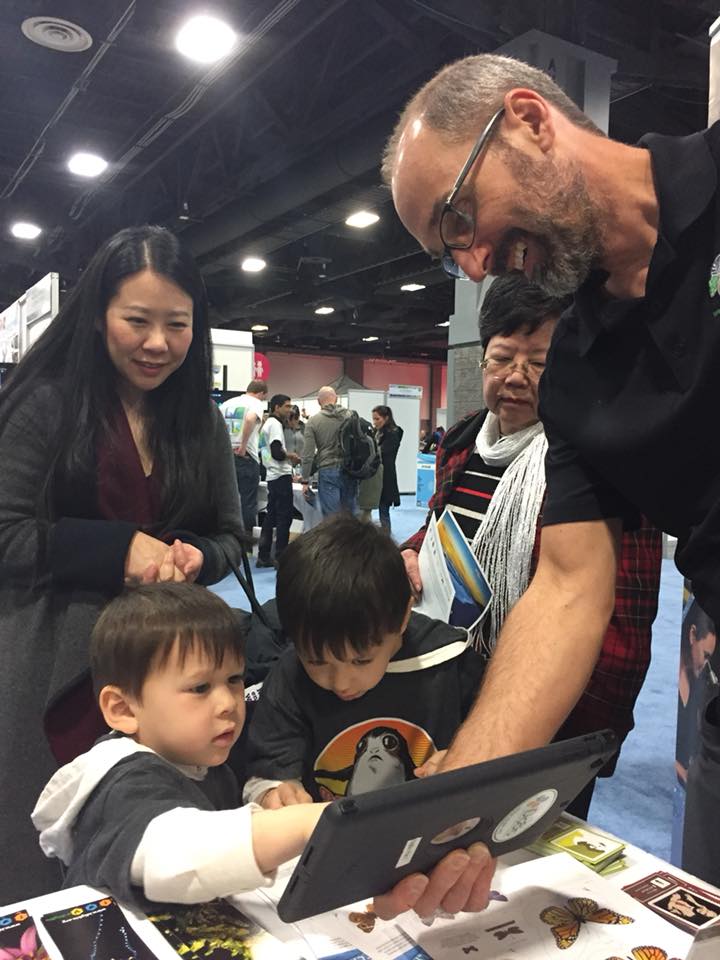 visitors to view real Lepidoptera specimens from the Florida Museum of Natural History and then take a worksheet home to make their own paper specimens. This section of the exhibit utilized staff and resources from the LepNet TCN project. LepNet is digitizing 2 million Lepidoptera specimens including larval records and has several outreach initiatives underway. Visitors could use the app LepSnap (a LepNet product) to identify the butterflies and then the app Libraries of Life by ExplorMOR Labs to create virtual 3D models using augmented reality. Libraries of Life cards were additionally available for visitors. The exhibit also provided information about iDigBio and the importance of natural history collections.

Participants were excited and pleased to learn how iDigBio, through the process of digitization is continuing its efforts to make Natural History collections more accessible to all. Conversations ranged from how to incorporate materials in lesson plans, to how to prepare oneself for a career as a naturalist, and this dialogue is continuing with participants past the festival.

The opportunity was made possible through an invitation of attendance from NSF. iDigBio was honored to be included in such a rewarding experience that allowed such visibility of our project. 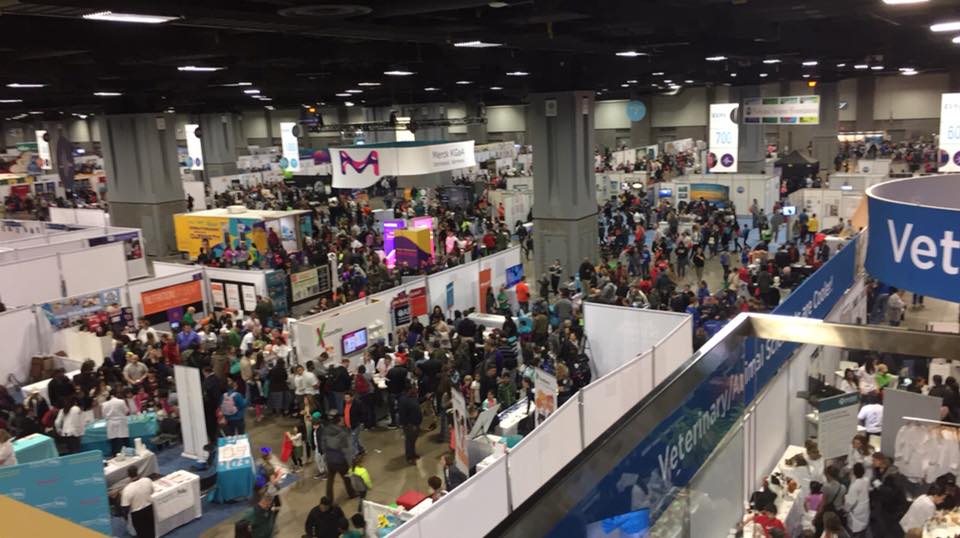