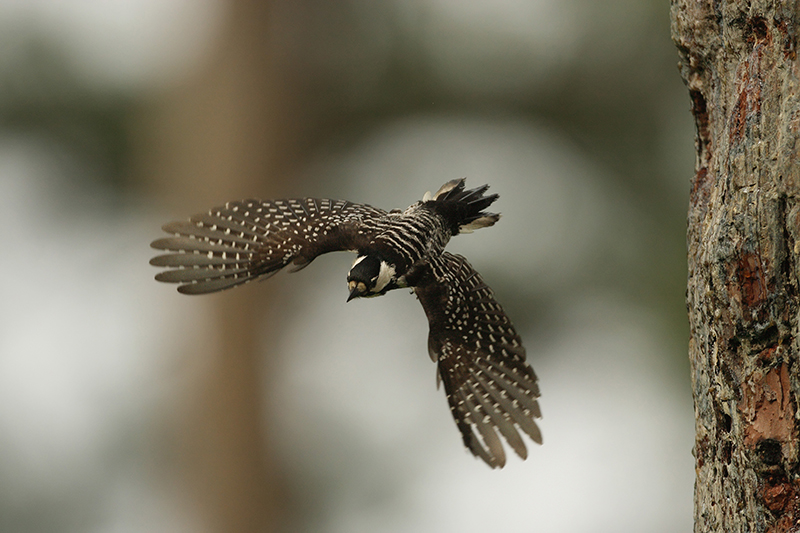 Red-Cockaded Woodpeckers (Picoides borealis) are medium sized woodpeckers with a barred back, black and white horizontal stripes, and a black cap and nape that encircle large white cheek patches. Males have a small red streak on each side of the black cap called a “cockade” (hence their common name). 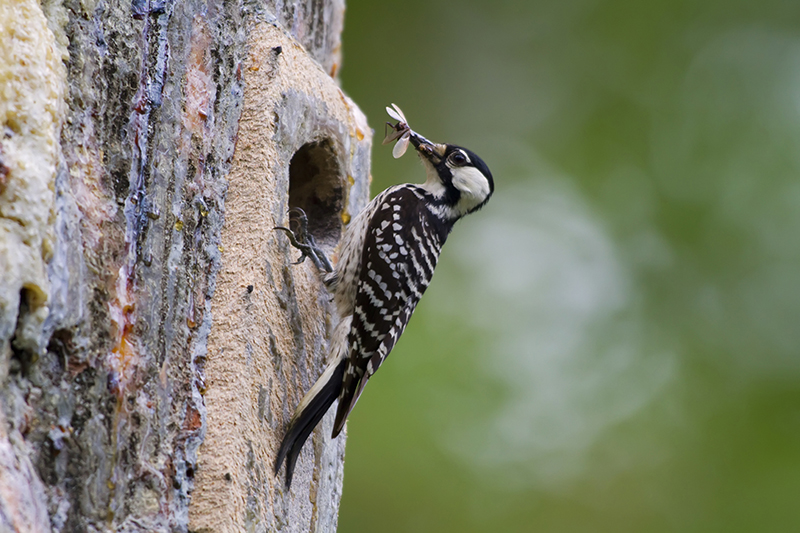 Red-Cockaded Woodpeckers are one of the few birds that are endemic to (i.e., found only in) the United States. They live in mature southern pine forests with a preference for Longleaf Pines (Pinus palustris). Red-Cockaded Woodpeckers use pine trees for foraging and probe the tree’s bark looking for beetles, ants, roaches, and other insects.

Red-Cockaded Woodpeckers live in small family groups composed of one breeding pair and several non-breeding adult helpers. They nest in cavities, which they create in old pine trees. The process of carving out a cavity takes between one and six years, and a family of Red-cockaded Woodpeckers will excavate a number of tree cavities within their territory.

The Red-Cockaded Woodpecker is an endangered species and is declining throughout its range. The primary reason for the decline is loss of the habitat resulting from deforestation and fire suppression, which have altered much of the southern pine forest ecosystems. Restoration is in progress, but recovery takes time because of the Red-Cockaded Woodpecker’s reliance on mature pine trees for nesting and feeding.

Would you like to engage your students in learning about species distributions, co-occurrence of species, and conservation using institutional collections data?

A lesson was created to accompany this month’s Biodiversity Spotlight by Katie Green (PhD Student, Department of STEM Education, NCSU) and Molly Phillips (iDigBio) for the middle school and high school science classroom that aligns with the Next Generation Science Standards.