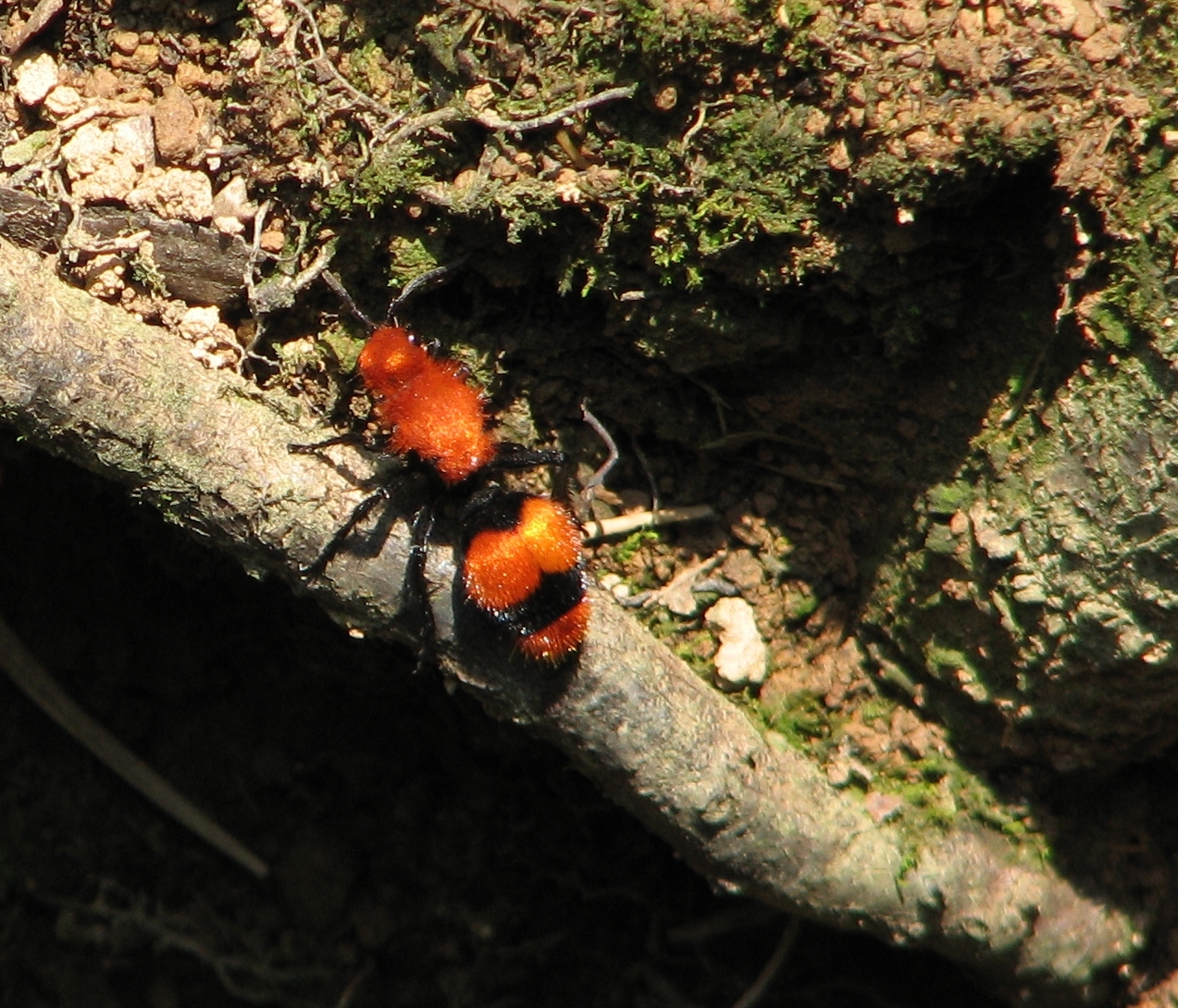 The Cow Killer Ant, or Red Velvet Ant, is not an ant but a ground-dwelling wasp. The common names associated with this species refer to the females whose unmistakable vibrant red and black velvety appearance more closely resemble what most would associate with an ant. Females are ground dwelling and often encountered scurrying quickly through gardens, fields, sandy areas, and along forest edges. While their appearance can be alluring, BEWARE! The female cow killer has a nasty sting, although it will not kill a cow as its name implies. Many insects found in the order Hymenoptera, composed of sawflies, wasps, bees, and ants, have evolved to utilize aposematic, or warning coloration.

Dasymutilla occidentalis is the most commonly found cow killer in North America but there are around 8,000 species worldwide that fall within the family Mutillidae, known as the velvet ants. About 435 of those species are found in North America. All female members of this family have coarse setae or hairs that cover their body, making them resemble hairy ants. Males are often much more nondescript and have wings. All Mutillidae are solitary parasitoid wasps that mostly attack mature larvae or pupae of other solitary Hymenoptera.

To view specimen records from the family Mutillidae, click here

To learn more by visiting The University of Florida's Entomology and Nemotology page on Mutillidae.