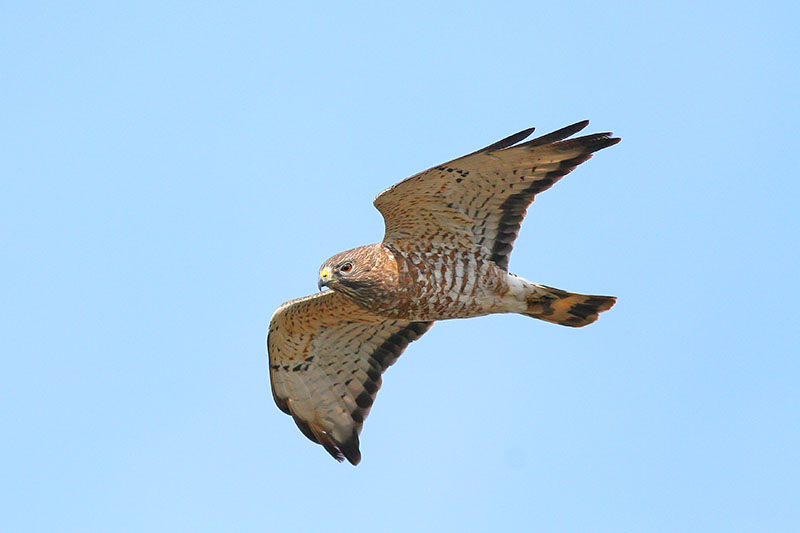 Broad-winged Hawks (Buteo platypterus) are the smallest hawk in the genus Buteo in North America. They stand 13.4 – 17.3” tall and have a wingspan of 31.9 – 39.4”.  Similar to other Buteos, they are stocky hawks with wide wings and bodies.  During flight they are best identified by observable characteristics of the wings. The distal ends of the wings are pointed in shape, and the underside coloration of the wings is pale with black borders. Adult birds have a reddish brown head and back with lighter rufous barring on their chest.  Their tail is banded with wide black and white bands. 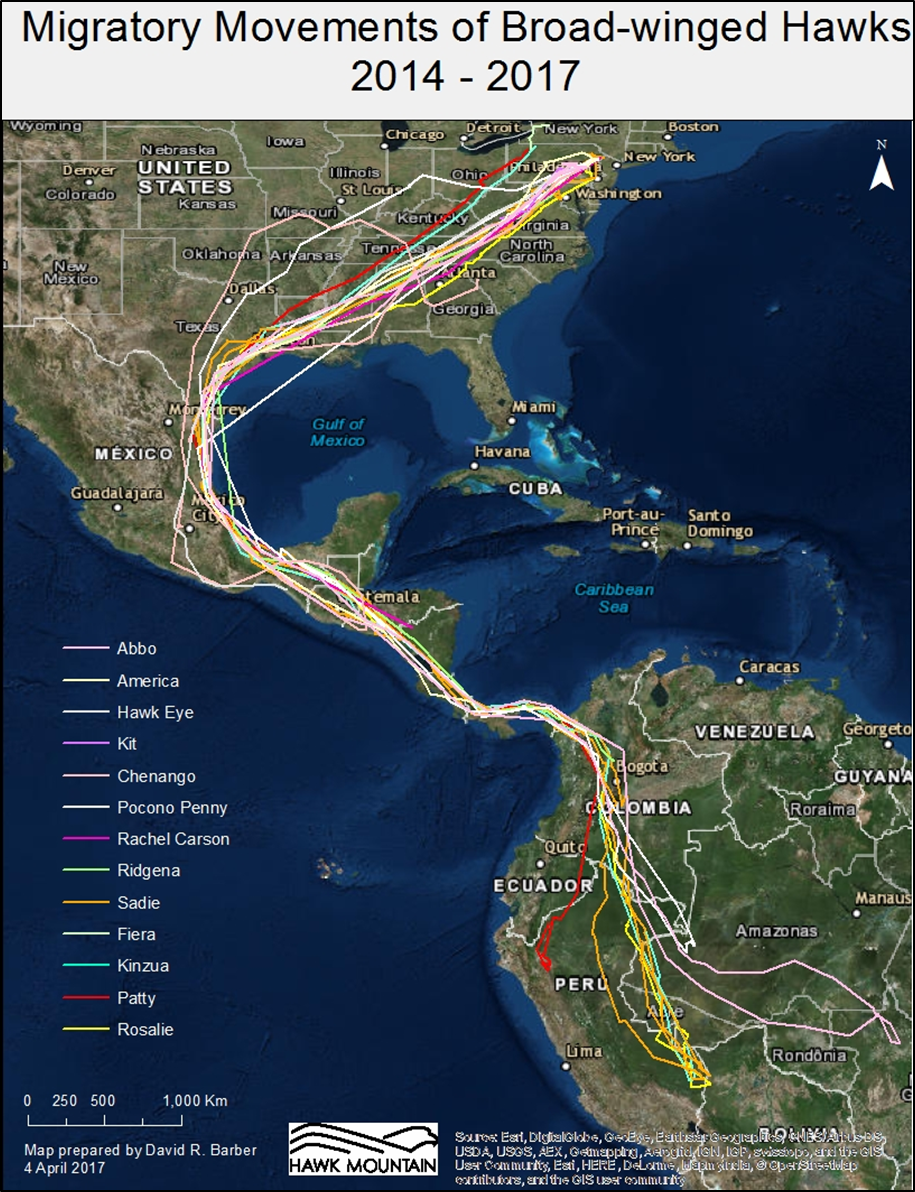 Common in eastern and central portions of North America, Broad-winged Hawks are seldom seen outside of the forest except during fall migration when they may be observed traveling in the thousands across parts of the United States. Broad-winged Hawks are long distance migrants, breeding in Canada and the eastern United States and wintering in Central and South America.  These hawks travel in groups to increase detection of thermals and mountain updrafts, which they use for low-energy travel.  Hundreds to thousands of birds can be found traveling together in flocks or “kettles” riding thermals and prevailing winds.

A number of designated hawk watch sites established throughout the United States and Mexico report more than 10,000 raptors annually.  Although Broad-winged Hawks travel in the highest densities in eastern regions, especially between September 1 and October 1, other raptors such as eagles, vultures, and falcons can also be seen during the fall migration.  Hawk Mountain in Pennsylvania is a popular spot for hawk watchers (www.hawkmountain.org).  Their record single day count was in 1978 where they reported 21,448 Broad-wing Hawks.  (Locations and totals from other hawk watch sites across the Americas can be found at the Hawk Migration Association web database, www.hawkcount.org.) 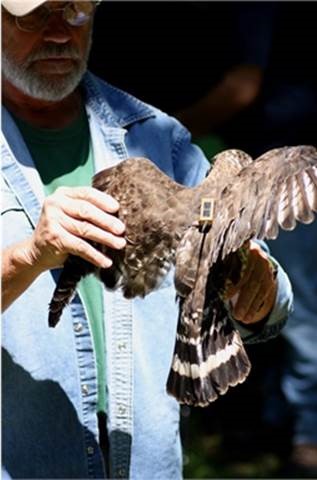 Hawk Mountain also conducts research on ecology and habitat use of Broad-winged Hawks during nesting, migration, and wintering periods in order to determine why some populations may be declining and to better understand their conservation needs.  Hawk Mountain has studied the behavior and diet of Broad-winged Hawks during two years of nest observations and found they eat a wide variety of items, but predominantly small mammals, birds, reptiles, and amphibians. Hawk Mountain also tracks Broad-winged Hawks from space during their migration using satellite telemetry. Click the map above to view their live tracking map. Their telemetry research began in spring 2014 and has tracked 13 hawks during their annual fall and spring migration for a maximum period of two years.  The hawks typically travel more than 4,500 miles (averaging about 70 to 160 miles per day) during 50 to 150 days of migration.

Contributed by Jillian Goodwin (iDigBio). Special thanks to Dr. Laurie Goodrich at Hawk Mountain for her expertise. 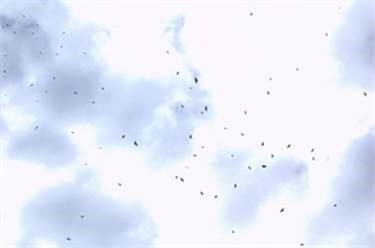