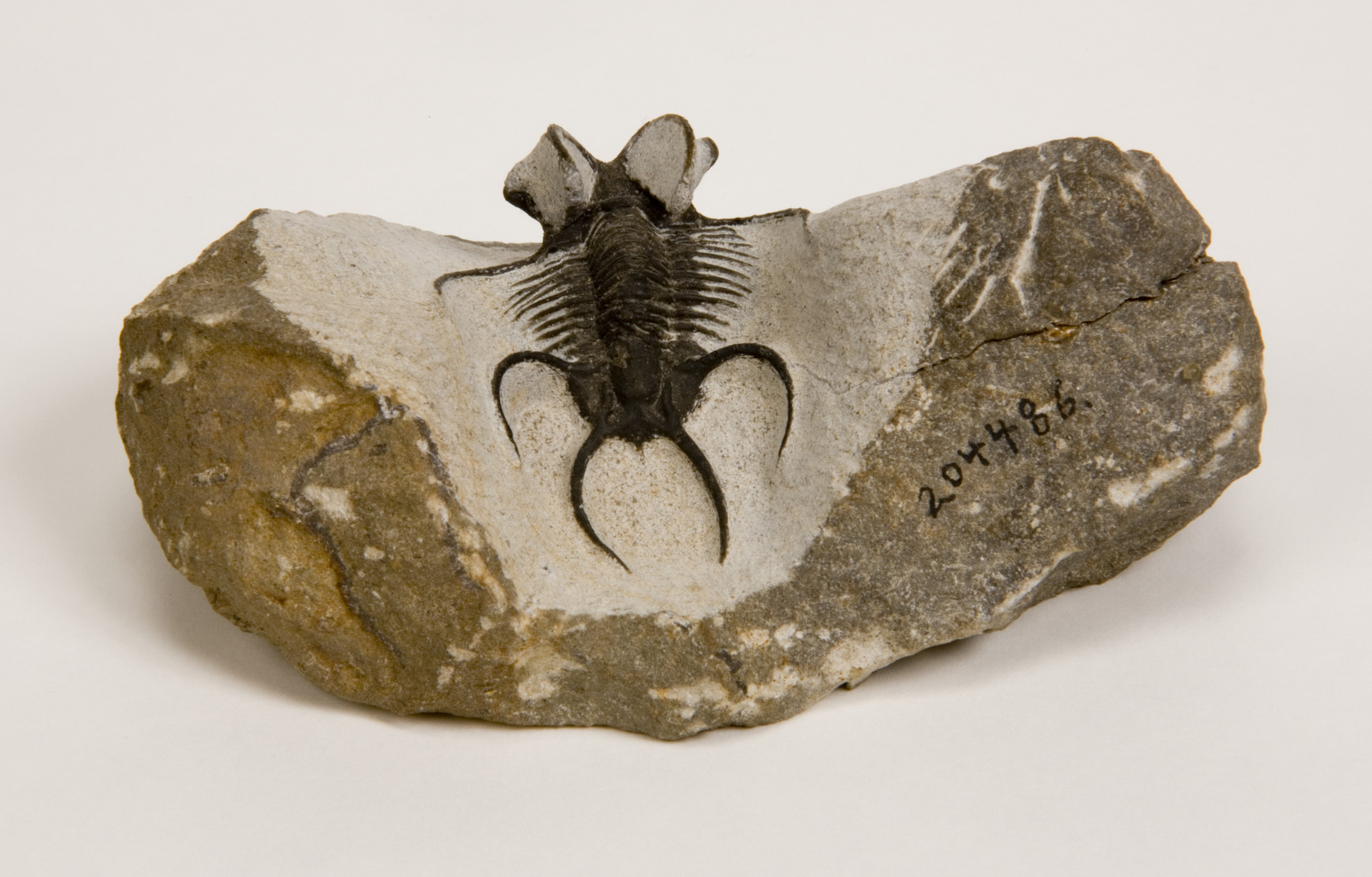 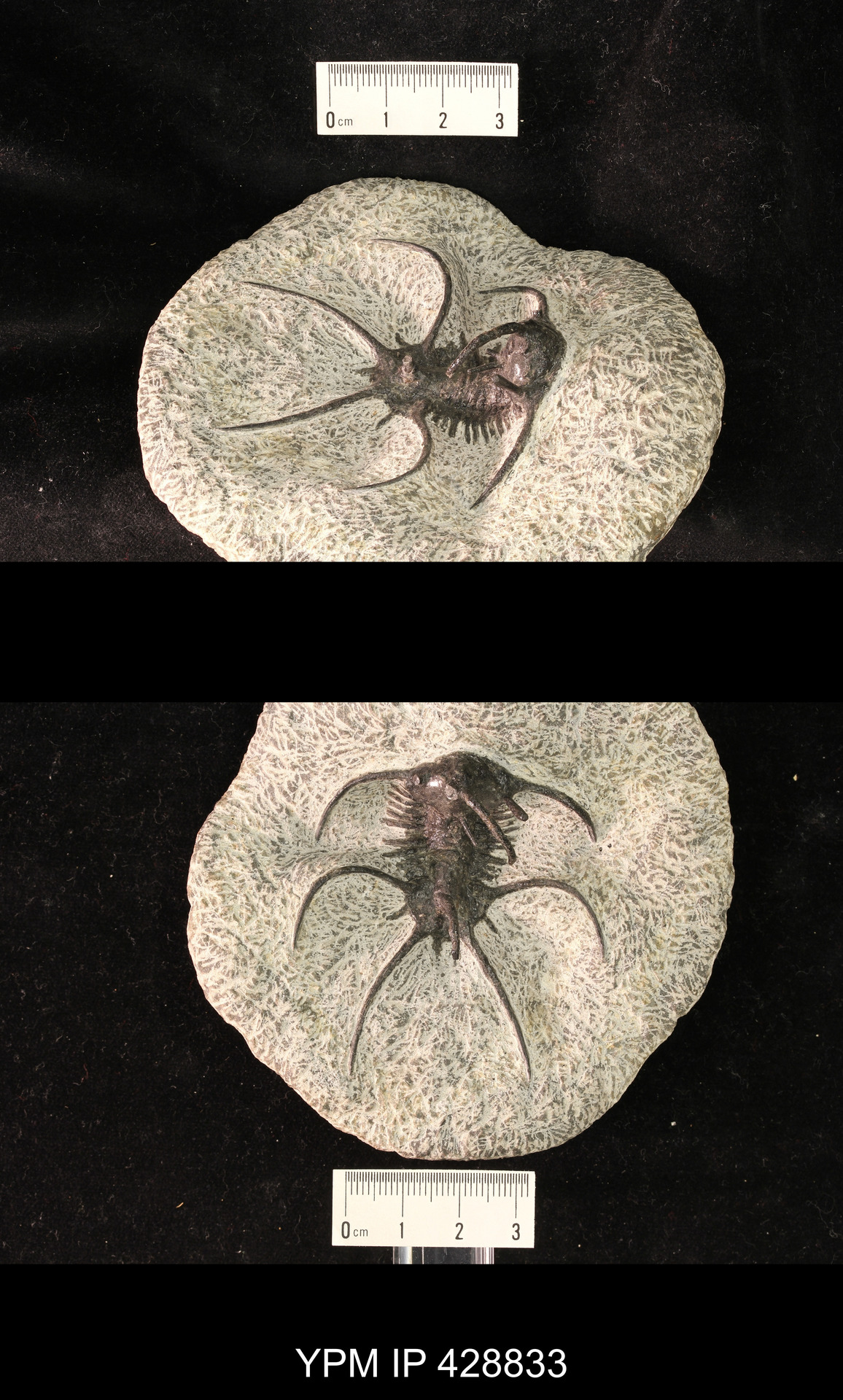 Trilobites are one of most well-known fossils among collectors of all ages and levels of training. Trilobites are ancient arthropods, and constitute an extinct class, the Trilobita, made up of ten orders and over 20,000 described species. New species are being discovered and described every year making trilobites the most diverse class of extinct organisms currently known. The first fossils of trilobites appeared in the Early Cambrian Period, about 520 million years ago (mya). They reached the height of their diversity by the end of the Cambrian (about 490 mya) and went extinct in Earth’s greatest mass extinction, the End Permian Extinction (about 250 mya).

Most trilobites lived in shallow ocean water and were benthic (meaning they lived on the sea floor) though some species were thought to be pelagic (living in the water column). Although they were not the first animals to have eyes, trilobites developed one of the first sophisticated visual systems.

The specimens pictured in this spotlight belong to the genus Ceratarges in the Order Lichida and Family Lichidae. Ceratarges existed from 402-388 mya which is early Devonian and just touching on the Middle Devonian.

Contributed by Susan Butts from the Yale Peabody Museum of Natural History and Molly Phillips (iDigBio).