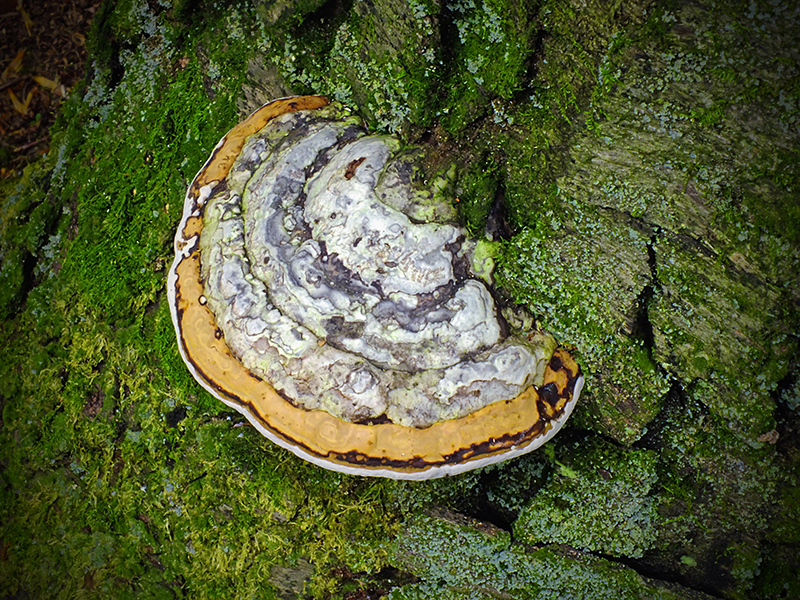 Photo courtesy of Nicholas A. Tonelli 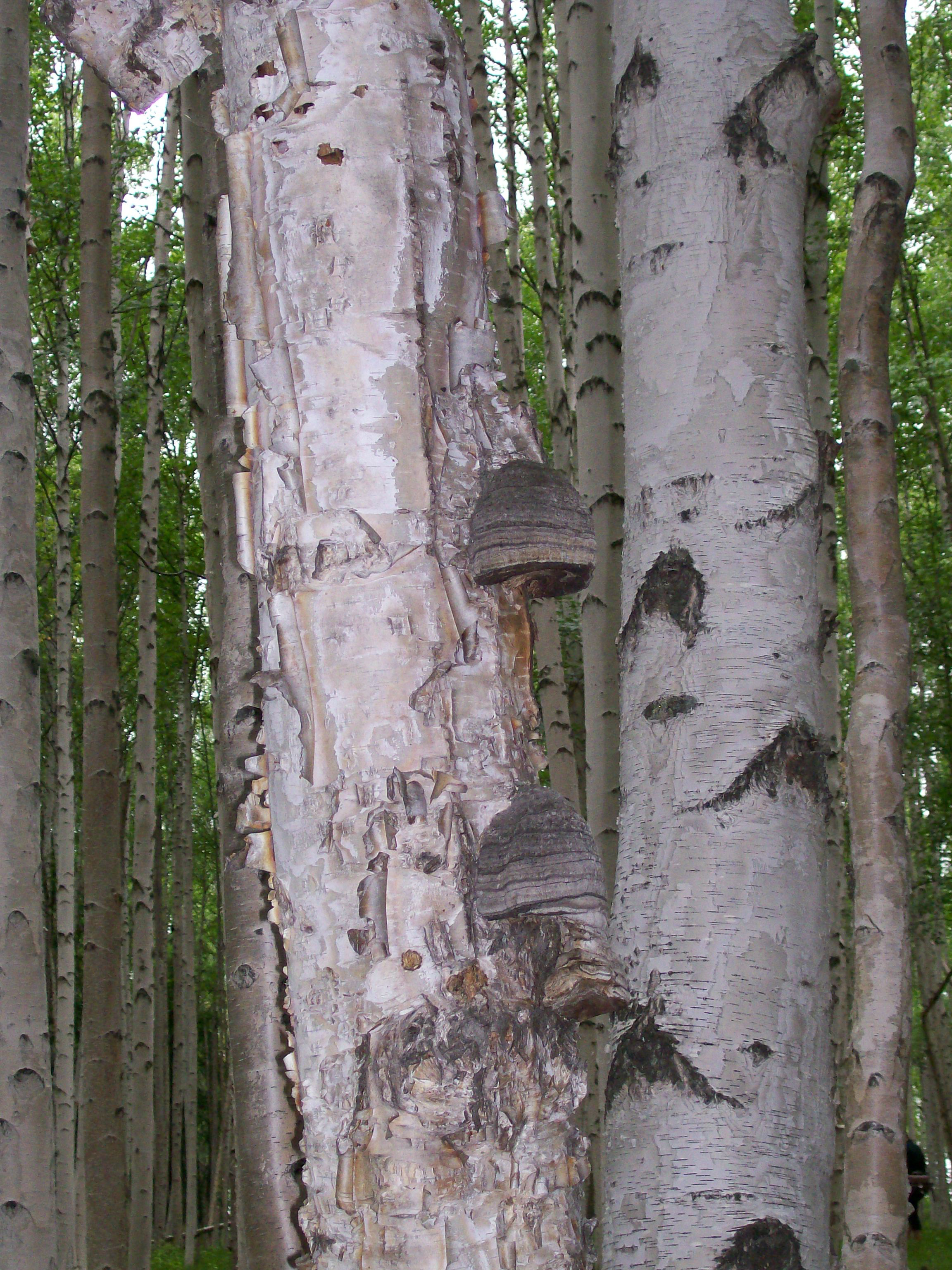 Fomes fomentarius is a polypore and white-rot, wood decay fungus that has many common names including Tinder Conk and Hoof Polypore. The fungus can initially causes disease on mostly hardwood species of trees, but may continue to grow on and decompose dead trees as a saprobe. Fomes fomentarius can be found growing on many different species of trees but is commonly associated with beech, birch and oak. The fungus can produce fruiting bodies, referred to as a “conk” (pictured above), that are often gray in color and resemble the shape of a horse’s hoof. The conks are long-lived and can persist from year-to-year on a tree or log.

Fomes fomentarius has a wide northern-temperate distribution and occurs in North America, Europe and Asia. Although not considered edible, Fomes fomentarius has many other useful applications. For example, amadou, a spongy flammable substance produced from the fruit bodies can be developed into a fabric and used as a fire starter. Fomes fomentarius was found with the remains of “Ötzi the Iceman” discovered in the Ötztal Alps and it has been suggested that the fungus was used by the Iceman to start fires 5,000 years ago. 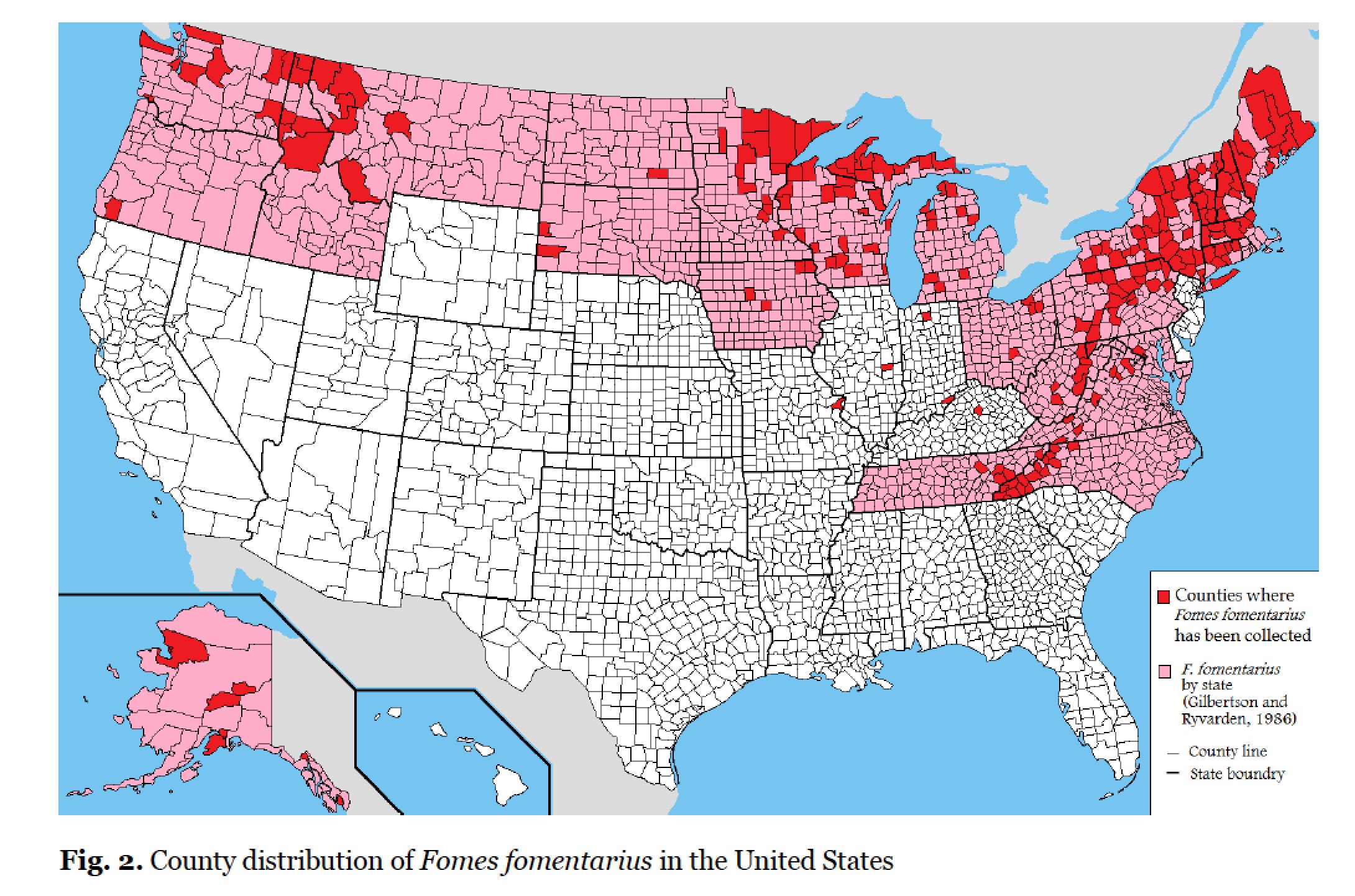 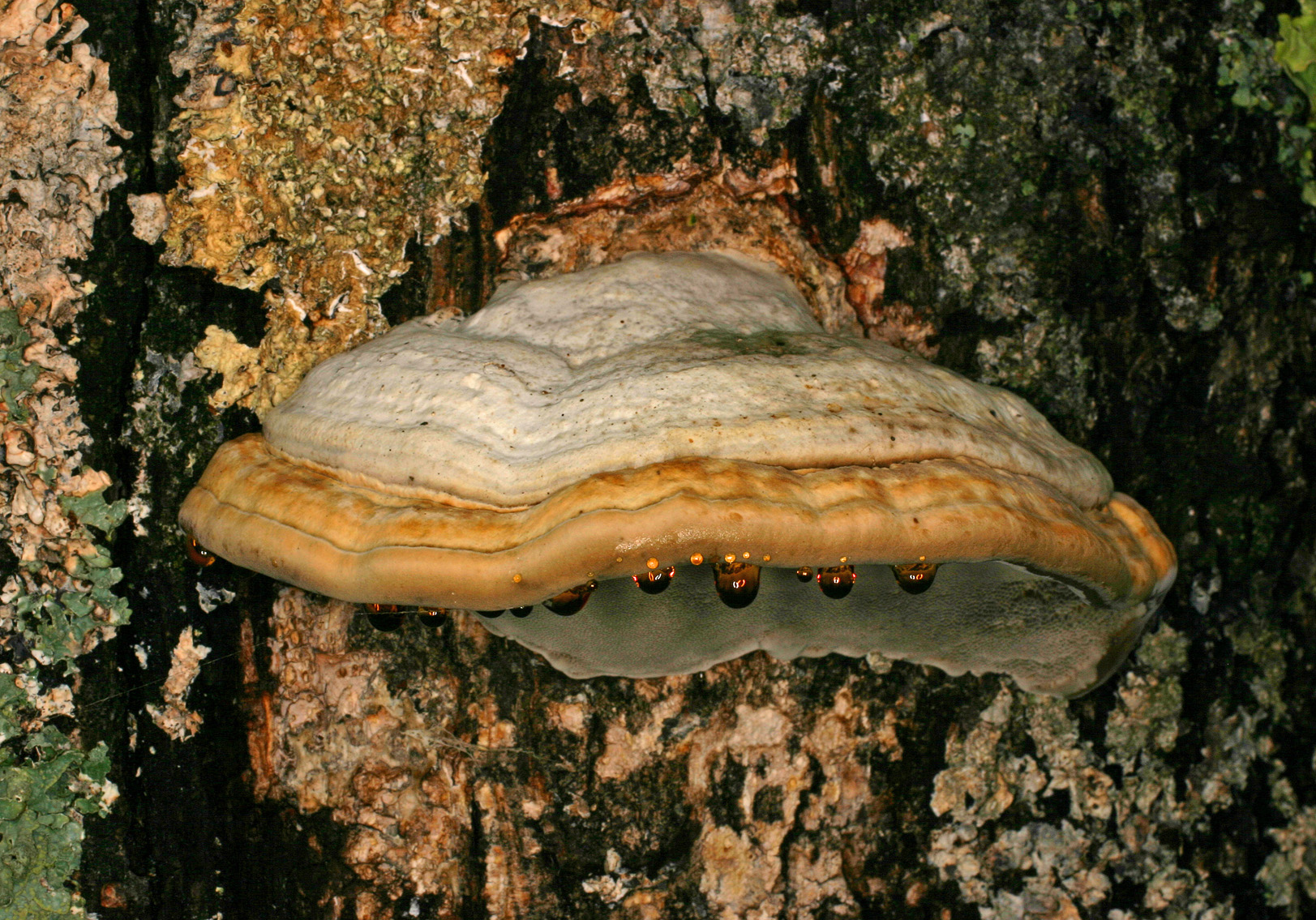 Captions: Second image - Multiple grayish-black fruiting bodies (conks) of Fomes fomentarius on a paper birch tree in Alaska. (Image courtesy Larry F. Grand). Bottom image - A fruiting body (conk) of Fomes fomentarius on a dead birch tree in Minnesota that became saturated with water after a recent rain and is exuding droplets of water. The droplets are brown due to fungal pigments from the fruiting body that mix with the water. The conk is perennial and can persist on the tree for several years. The brown area at the edge of the fruiting body is where the new growth of the fungus occurs each year. (Image courtesy John Menge).

Special thanks to Marc Cubeta and Meghan McCormick for help with the article’s content.