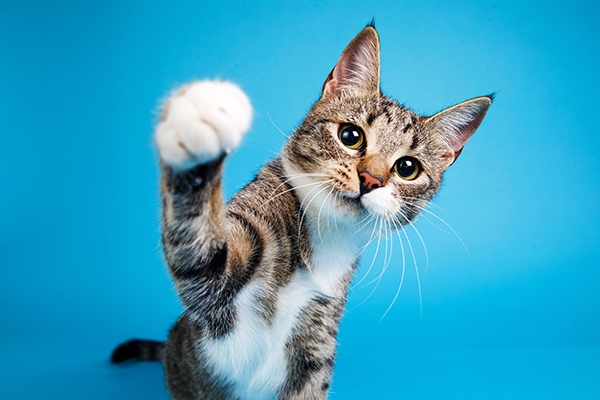 Right before our eyes. In our houses, towns and backyards. On our couches and laps, a takeover is happening. Cats have become the most popular pet in America. It is believed that there are 400 million households with cats in the United States alone, but their behavior is still a mystery to many people (including their owners). This is why iDigBio sat down with the best vets and researchers to figure out what makes a cat tick. This is what we found out:

Now the question still remains are these creatures devout pets or repressed wild beings? The jury may be out...but we have found some similarities to big cat behavior after witnessing house cats in their natural habitat. Our notes are below:

Are they regal and independent or cold and distant? Devoted pets or repressed wild beings? The world may never know.

Photo 1: taken by Alexandr and released under license from Adobe Stock

Photo 2: taken by veera and released under license from Adobe Stock

Photo 3: taken by benevolente and released under license from Adobe Stock