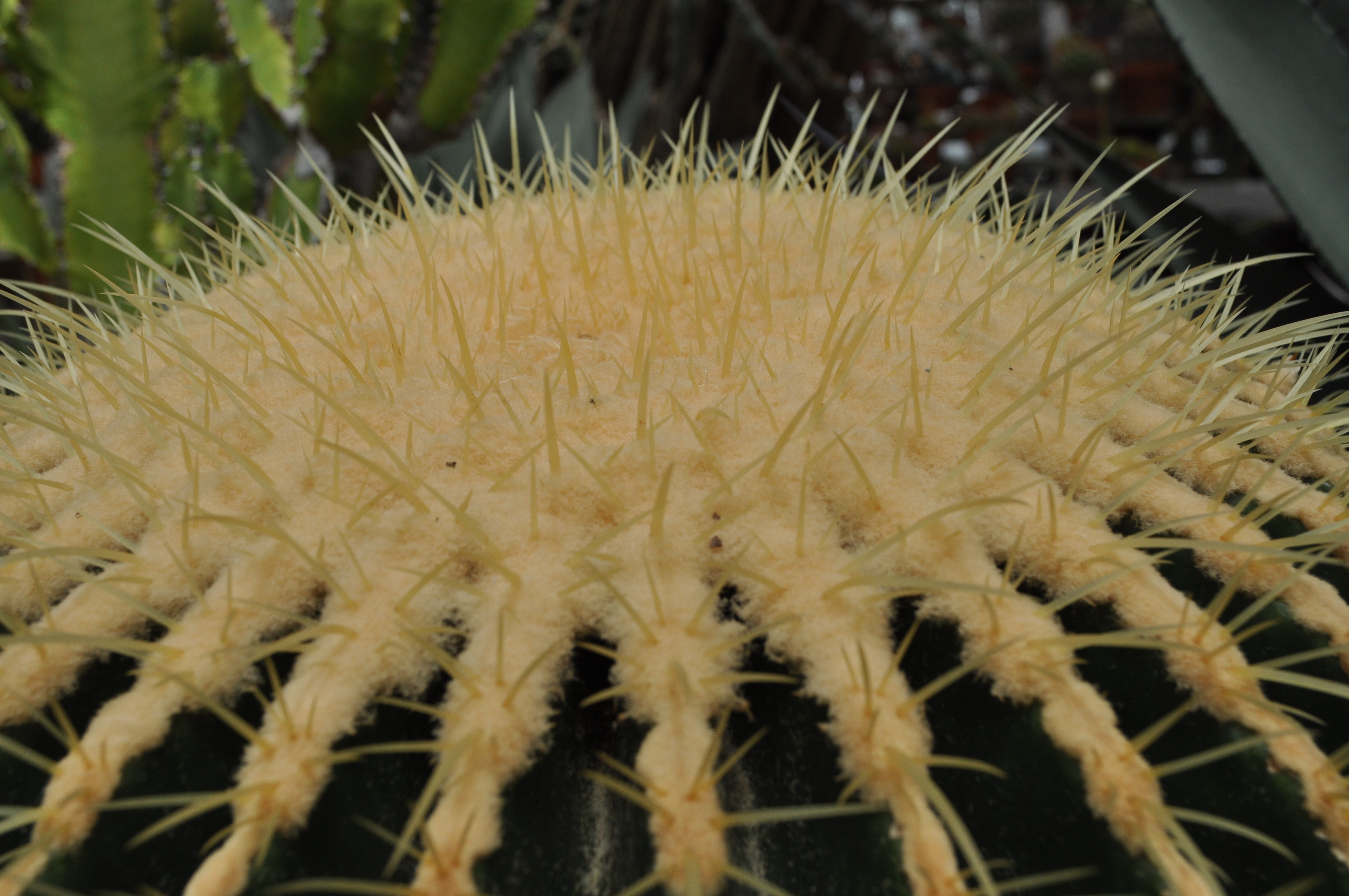 The Endless Forms TCN (award #1802034) focuses on digitizing plants that are adapted to extreme habitats and/or exhibit highly unusual morphologies: carnivorous plants, epiphytes, and succulent plants. The Cactaceae are one of the 15 families included in the Endless Forms TCN. Like many of the included families, members of the Cactaceae are not only unique and charismatic, they are one of the most threatened plant groups in the world.
The body of a cactus is composed of succulent stem segments, and the spines are modified leaves that are 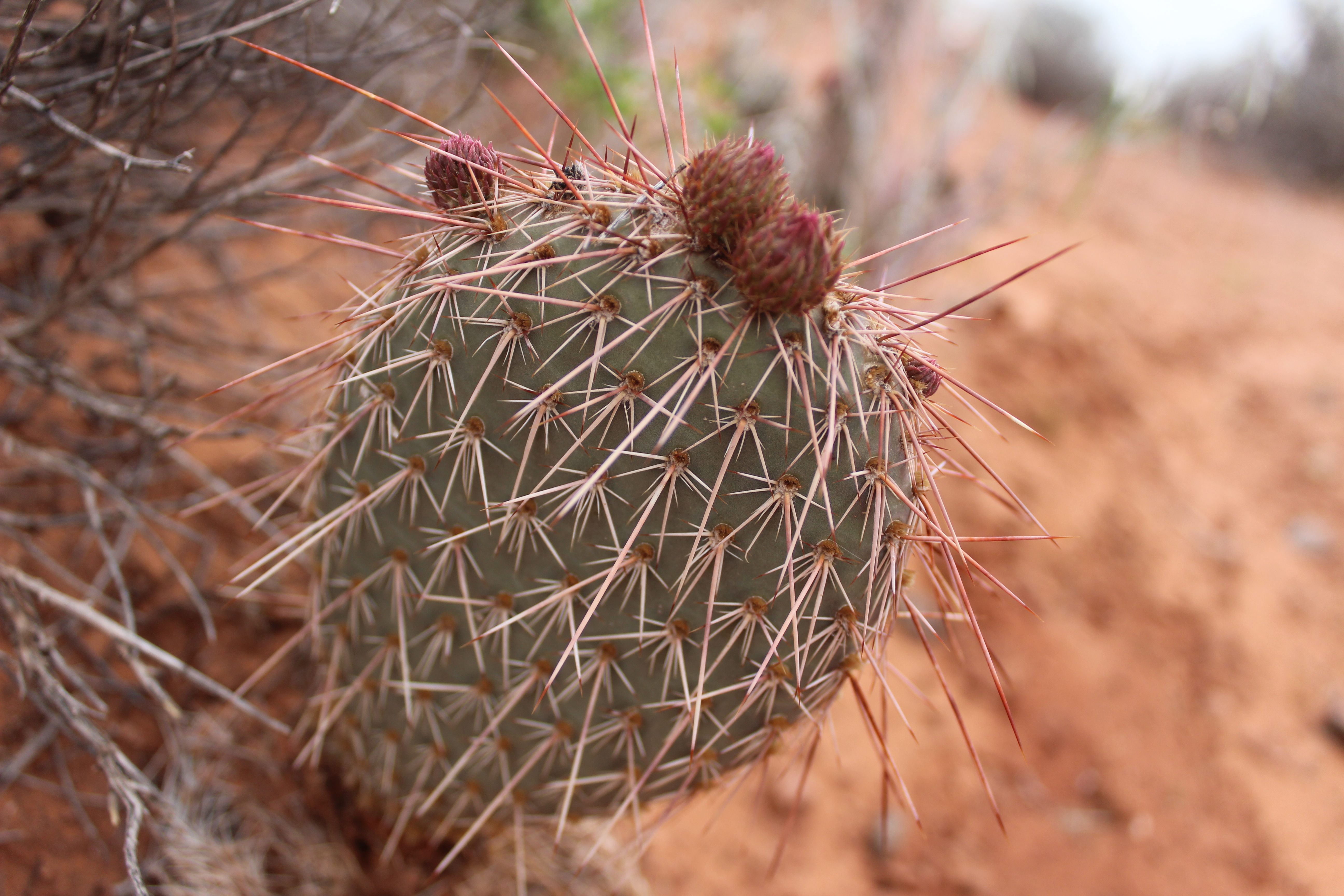 hardened and sharp, providing protection against herbivores. Yet, these prickly plants produce some of the most beautiful flowers you have ever seen: cactus flowers are large and showy, with dozens of stamens and petals, ranging from creamy white to dark purple. Cacti are distributed throughout North and South America and the Caribbean. The highest levels of species diversity occur in the Sonoran and Chihuahuan deserts of North America, the Andean region, and the dry scrub forests of eastern Brazil. Known as a symbol of the desert, cacti have special morphological adaptations that allow them to flourish in dry and arid habitats (e.g., succulence, spines), and they are an important component of the arid zone flora in the New World deserts. 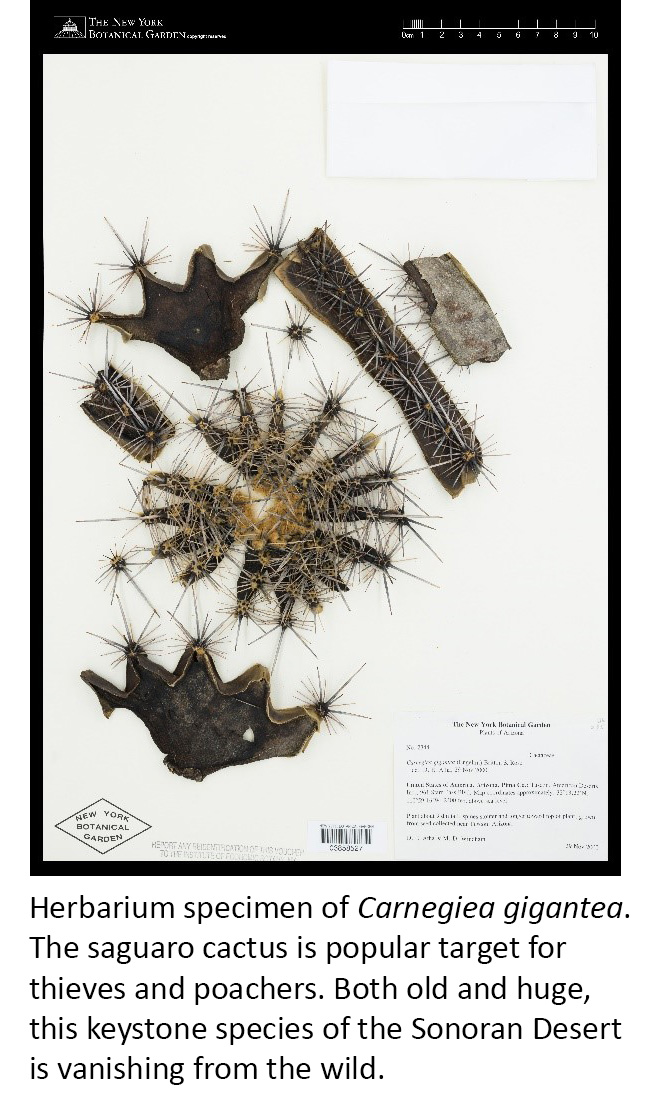 Unfortunately, many Cactaceae species are subject to high population vulnerability. A recent global assessment of Cactaceae species indicates 31% are critically endangered.¹ In addition to a slow growth rate, naturally restricted distributions in small areas, and habitat fragmentation, illegal trading and poaching have become major causes for population decline of Cactaceae. The soaring popularity of cacti as house plants in the past decade have lead poachers to steal specimens from national parks and other protected areas. In 2014, more than 2,600 poached cacti were seized at the US borders, up from 411 the year before.²
The Steere Herbarium of the New York Botanical Garden currently holds more than 11,000 cactus specimens that will soon be fully digitized, including the extremely important historical collections of Nathaniel Lord Britton and Joseph Nelson Rose. Thanks to NSF, digital records of these fascinating plants are being made available and they will provide valuable information on how the changing environment may influence the biology and future distribution of the species. In addition, TCN member institutions are opening new paths to biodiversity-centered engagement and education with the public, from high school internships focused on conservation assessments, to collections tours and other education experiences focused on these bizarre plants. As one example, the NYBG Herbarium has recently launched The Hand Lens, a public oriented gateway to the collections and the manifold stories they tell.
To view specimens from the Cactaceae family in the iDigBio Portal, click here.
References
¹ Goettsch, B., Hilton-Taylor, C., Gaston, K.J. (2015) High proportion of cactus species threatened with extinction. Nature Plants 1: 15142.
² McGivney, A. (2019) Yanked from the ground: Cactus theft is ravaging the American desert. The Guardian. Available at: https://www.theguardian.com/environment/2019/feb/20/to-catch-a-cactus-th... (Accessed: 15 May 2019).