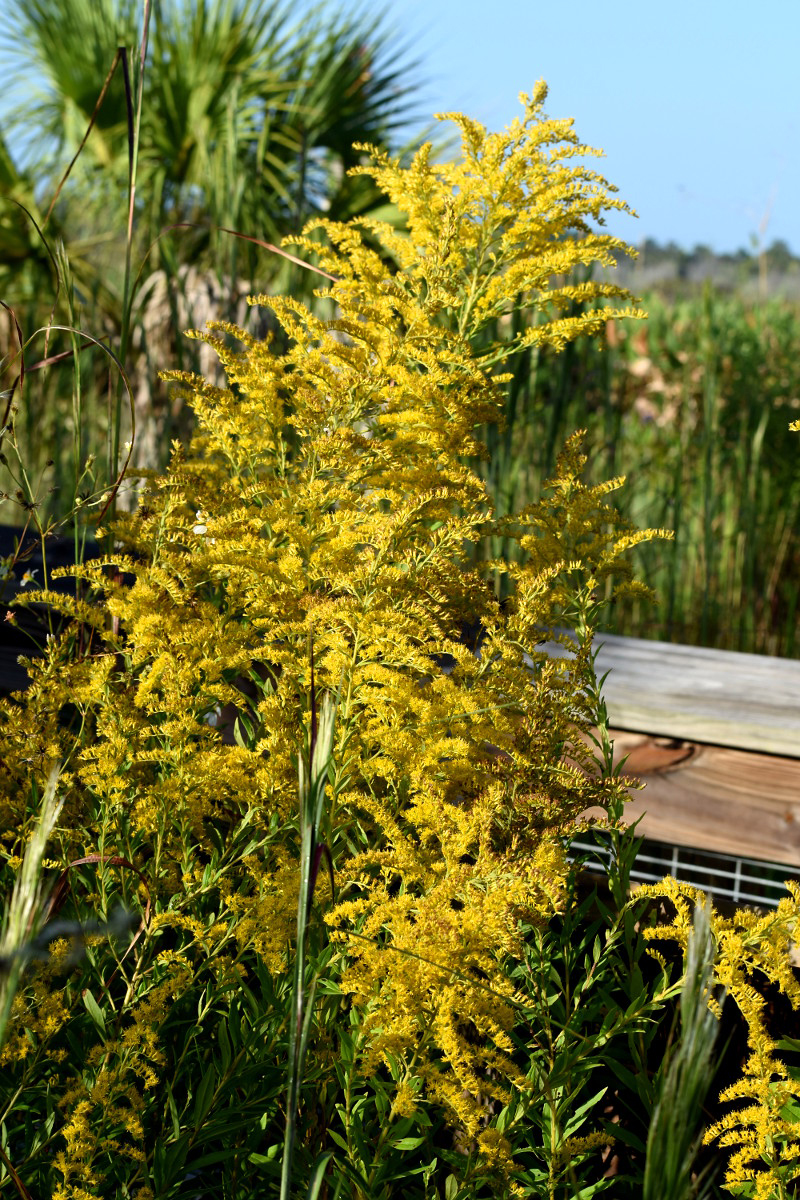 Solidago is a genus of flowering plants containing more than 100 species in the family Asteraceae. The majority of Goldenrod species are found in North America, but a few also occur in South America, Mexico, and Eurasia. Goldenrods grow in a variety of habitats from coastal marshes and inland prairies, to upland forests. Goldenrods are used as garden ornamentals, and are common wildflowers. The image above is of the Tall Goldenrod Solidago altissima, a species that occurs in the majority of the eastern United States and Canada. 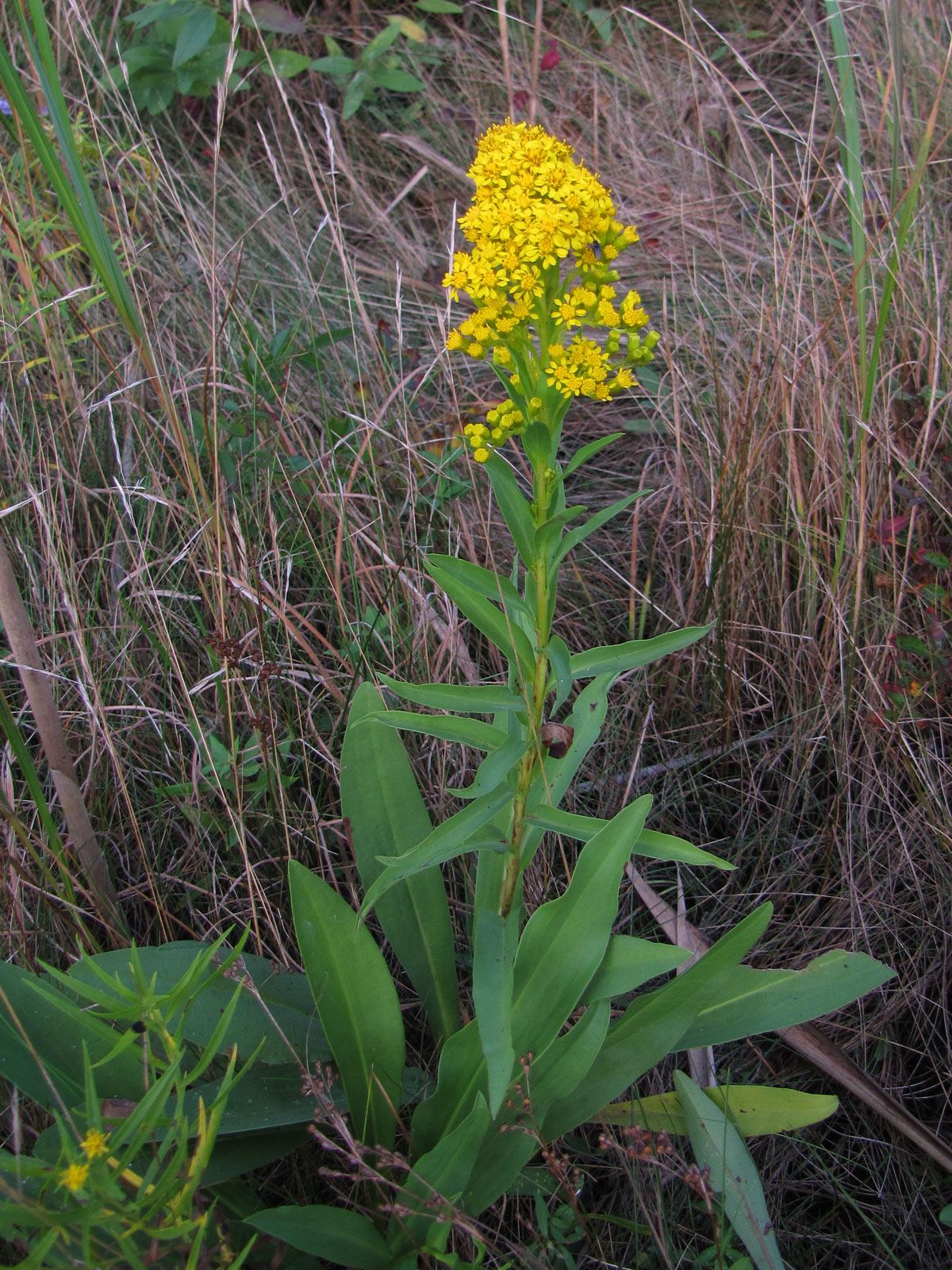 Another great example of the genus is Seaside Goldenrod (Solidago sempervirens), which is native to northeastern and eastern North America from Canada to Florida. Like most Goldenrods it is late flowering – blooming August through October. Seaside Goldenrod is adapted to coastal habitats, and is tolerant of high salinity, drought, and fire. It is also an important resource for over-wintering insects, including beneficial organisms that prey on crop pests, and that are food for native birds and other animals.

Help scientists determine if flowering times are shifting for Solidago sempervirens due to climate change, or other enviromental modifications, by collecting phenology information on plants collected over the last 100 years in this new Notes from Nature Expedition. The digitization of herbarium collections makes possible this type of temporally directed analysis of massive amounts of specimen data. Herbarium specimens offer a wealth of important spatial, and temporal data about the world’s biodiversity, and digitization allows that data to be accessible for scientists, educators, and the community. This expedition was created for the WeDigBio 2018 global event.

Feeling social? Join us for the Florida Museum WeDigBio event on Saturday, October 20, 2018 from 10am-1pm!