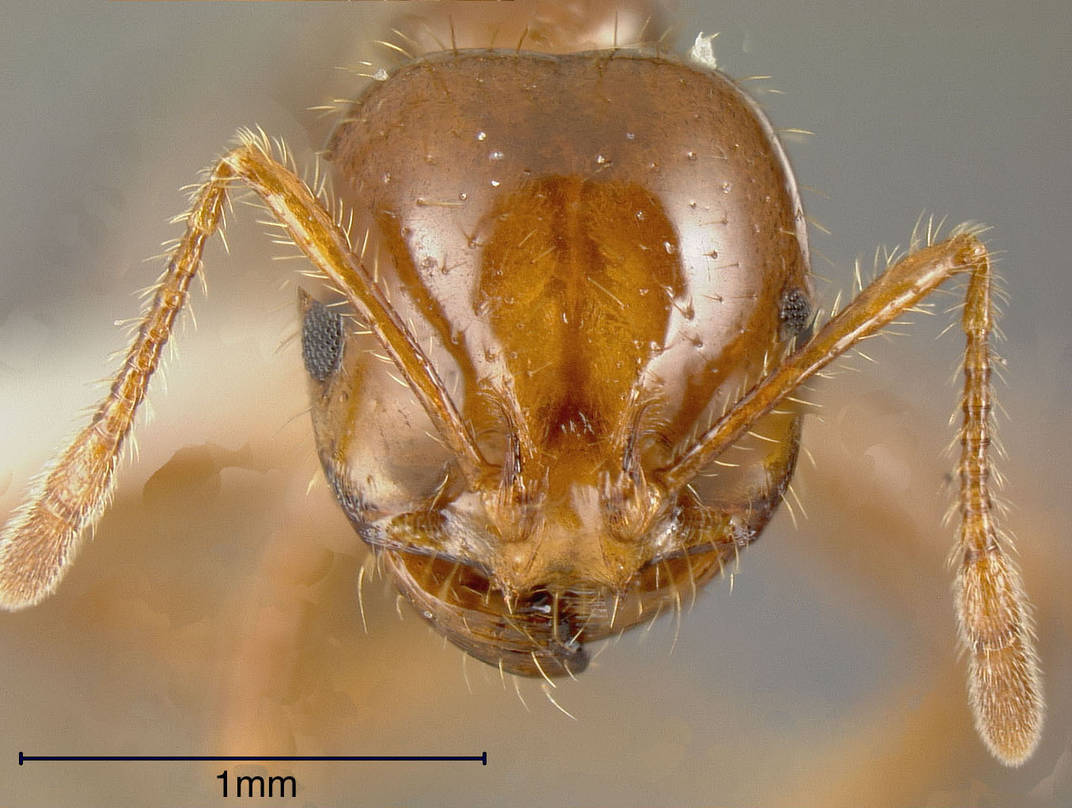 The Red Imported Fire Ant (Solenopsis invicta) is native to tropical and subtropical South America but is infamous for being an enormously successful invasive species throughout much of the southern United States. It was first identified as a pest species after an introduction to Mobile, Alabama, in the 1930s. Solenopsis invicta has also been introduced to and is spreading through parts of the Caribbean, Australia, New Zealand, and China. 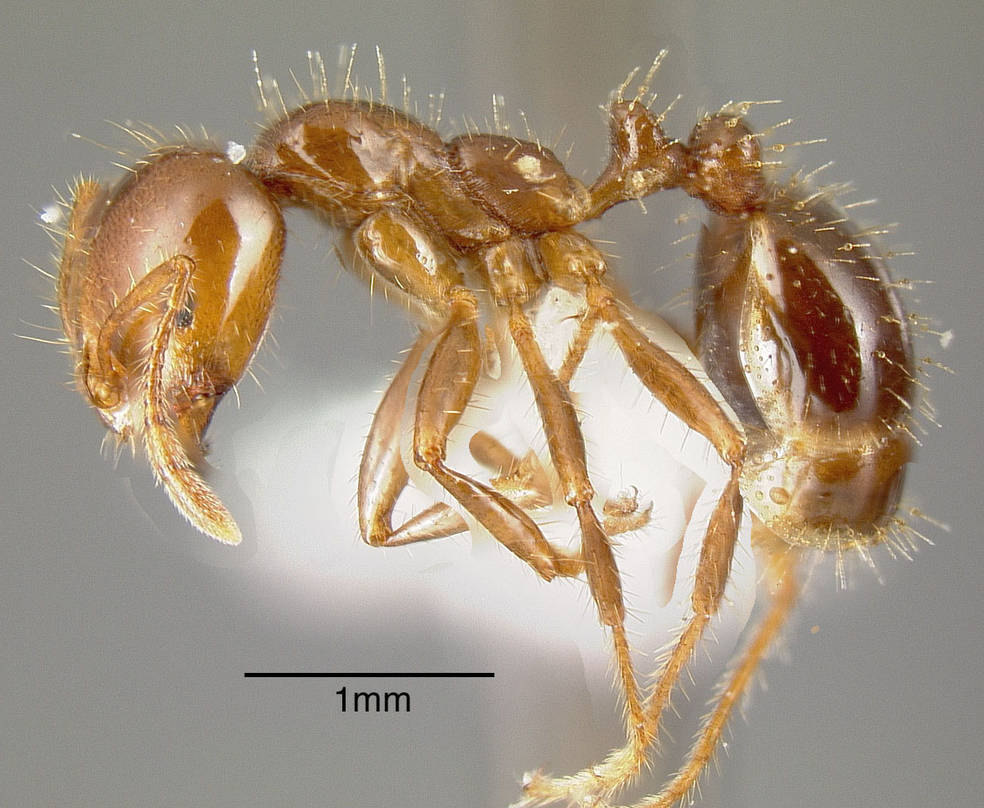 entifying characteristics of S. invicta include a red to brown body color, a two-segmented body pedicel (waist), and a four-toothed mandible. However, identification of this species typically occurs when victims are trying to make a hasty retreat once a mound has been disturbed and large numbers of irritated, stinging red ants emerge to swarm up pant legs. Solenopsis stings can be very painful and usually result in the formation of a white pustule within 24 hours.

Solenopsis invicta is a predatory ant species which likes disturbed areas. As an introduced species it has been documented to cause dramatic reductions in the numbers of native ant populations and damage to field crop seeds like wheat, corn, and cotton. Solenopsis invicta was nominated by the ISSG to be listed among 100 of the World's worst invasive species.

Search the iDigBio Portal to find more than 3,000 specimen records of S. invicta.

Watch a video of the biology behind the painful sting of S. invicta.

Images are from the project AntWeb.