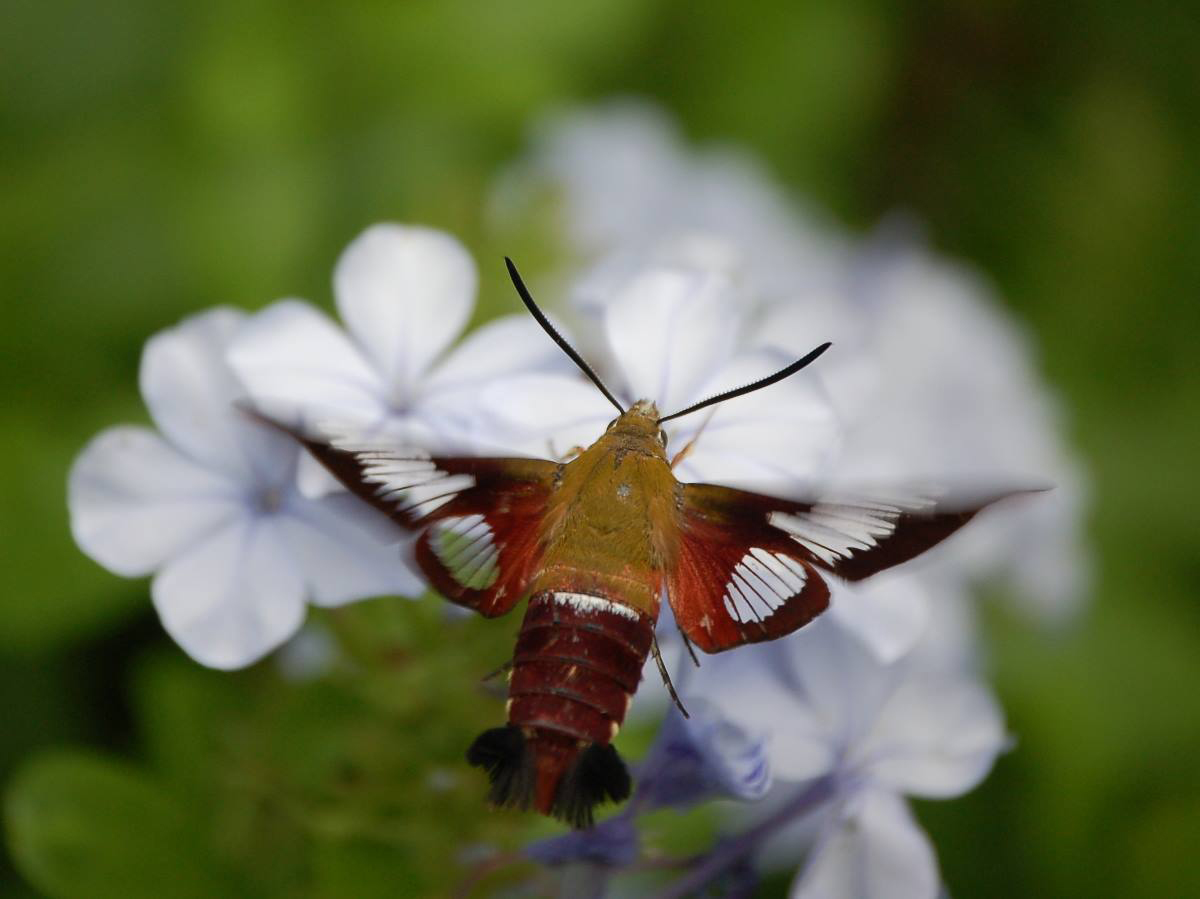 The Hummingbird Clearwing (Hemaris thysbe) is a type of moth in the family Sphingidae. It is often mistaken for a hummingbird or a bee because it forages during the day, is a fast flier, and visits many of the same flowers that hummingbirds do. One hypothesis to explain why a moth would mimic the appearance and behavior of a hummingbird is protection against predators. A diurnal mouth would be easy pickings for insectivorous birds. Disguising itself as something other than a moth – a bird – would likely throw off many avian predators. 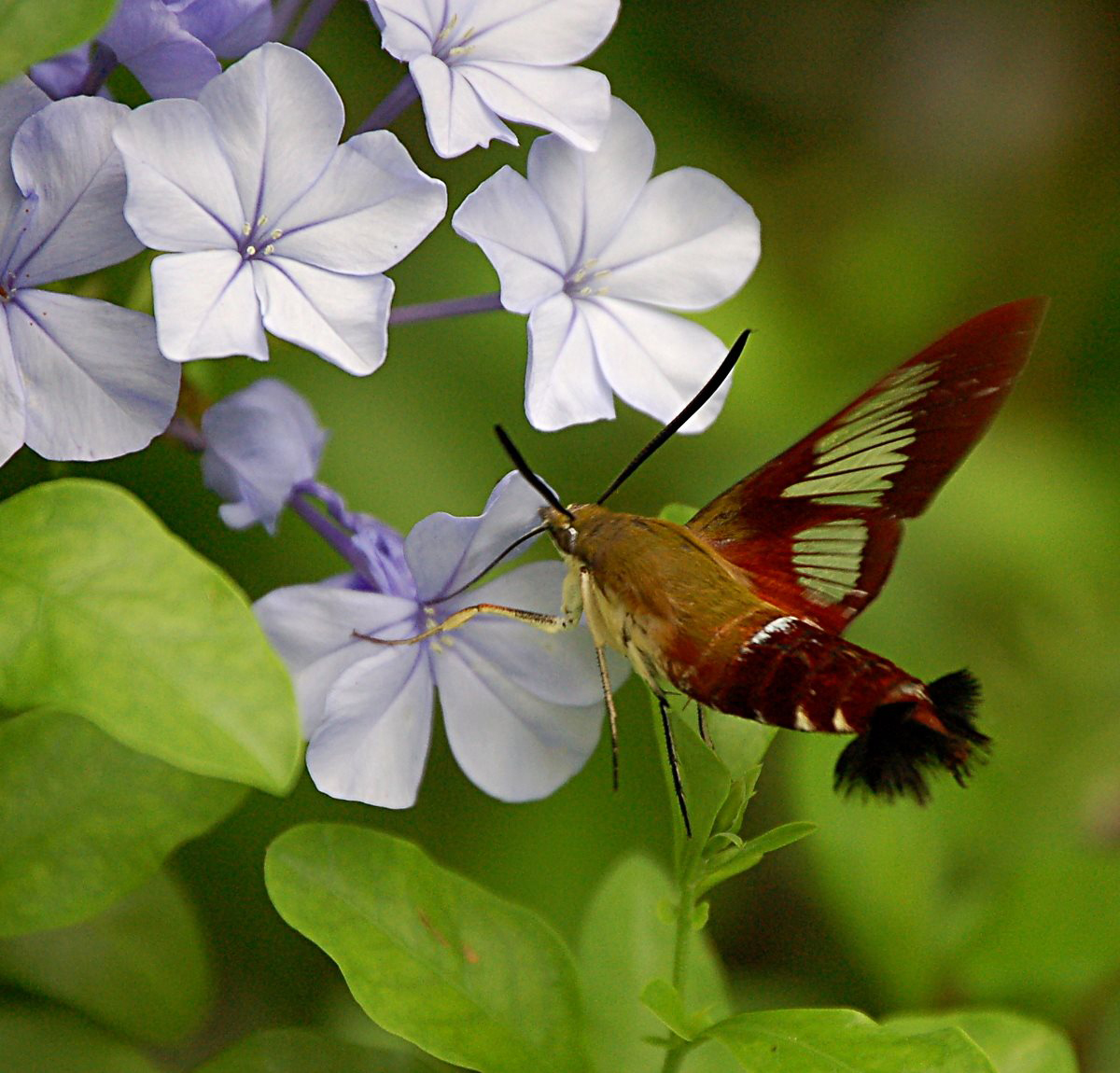 Find Hummingbird Clearwing specimens in the iDigBio Portal or in LepNet.