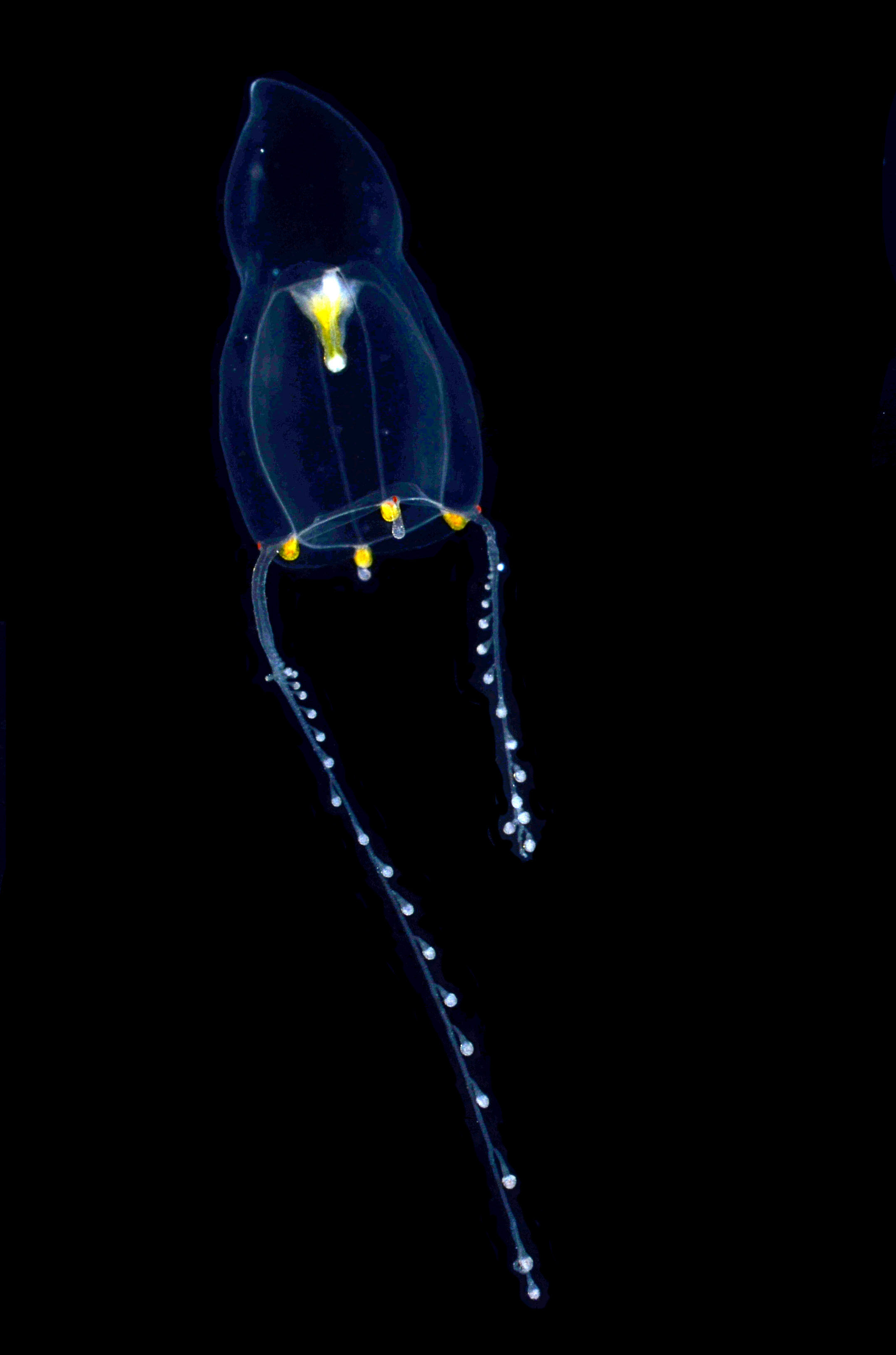 Jellyfish, or jellies, are free-swimming, aquatic, carnivorous animals. There are approximately 1,000 different species of jellyfish alive today, and they have inhabited the ocean for over 500 million years. 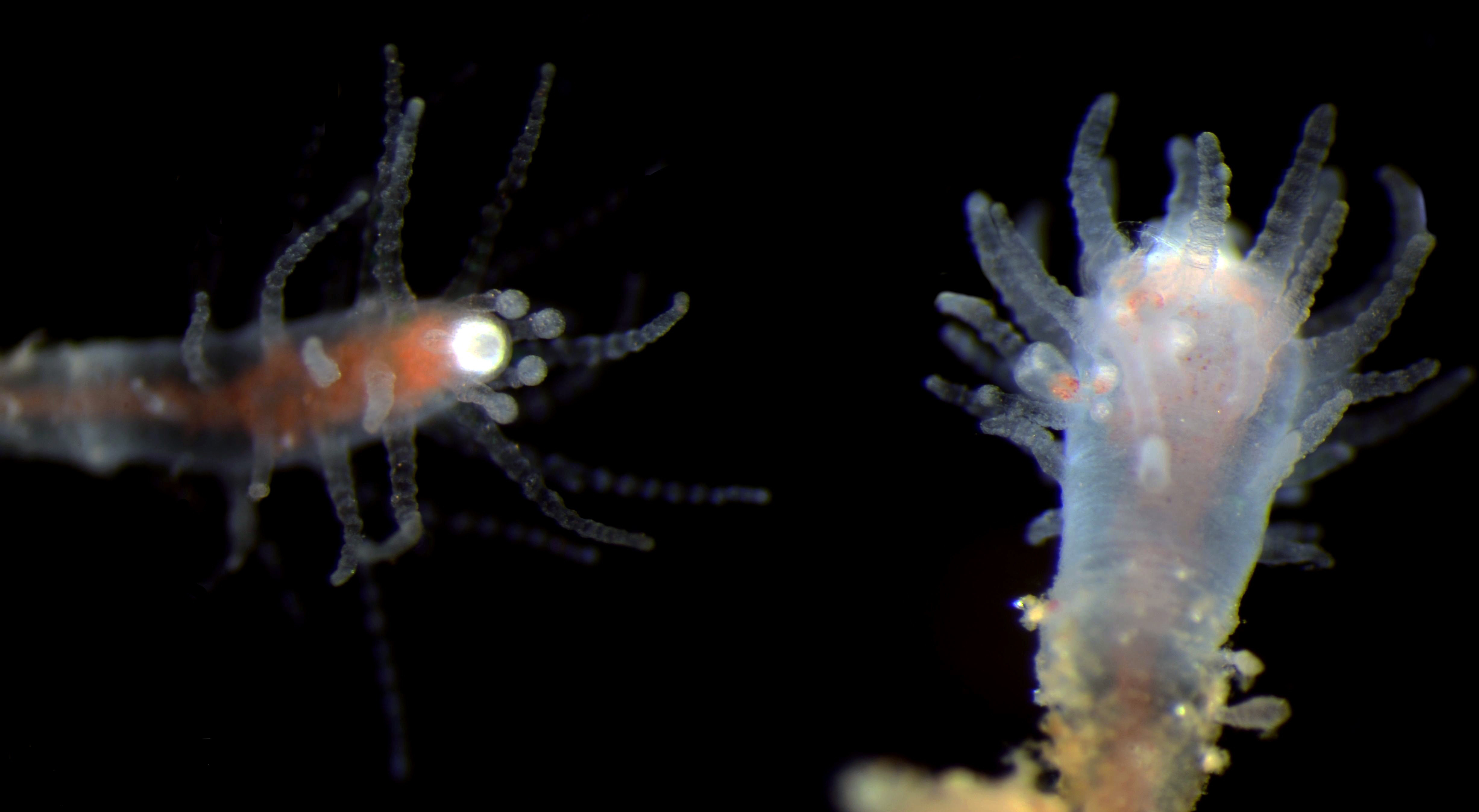 Jellyfish belong to the Phylum Cnidaria, which also includes hydra, sea anemones, and corals. The animals we think of as jellyfish belong to the clade Medusozoa, which excludes Anthozoa (the corals and anemones). The evolutionary relationships of Cnidaria are complex and constantly being refined, but one characteristic used to group them are the organisms' life stages -- or lack thereof. Nearly all jellyfish have multiple life stages, including the bottom dwelling polyp or juvenile phase, which reproduces asexually (pictured below) and the recognizable swimming medusa or adult phase (pictured to the left). Perhaps surprisingly, most medusozoan species lack a jellyfish stage, and in these cases, the polyp stage reproduces both asexually and sexually.

Jellyfish catch prey with microscopic stinging cells usually concentrated on their tentacles and mouths. Most are not harmful to humans, though some species of Chironex, sea wasps, are potentially deadly. Jellyfish hunt passively using their tentacles like nets as they swim through the water column.

Some jellyfish populations have been showing up in record numbers -called jellyfish blooms. Year-to-year fluctuations in population numbers are normal for jellyfish, but scientists suspect that blooms are becoming bigger and more common. Potential causes include overfishing leading to reduced numbers of jellyfish predators and increased algae and plankton due to water pollution increasing jellyfish food sources. More observations, including specimen data being digitized from museum collections, are needed to better understand jellyfish populations.