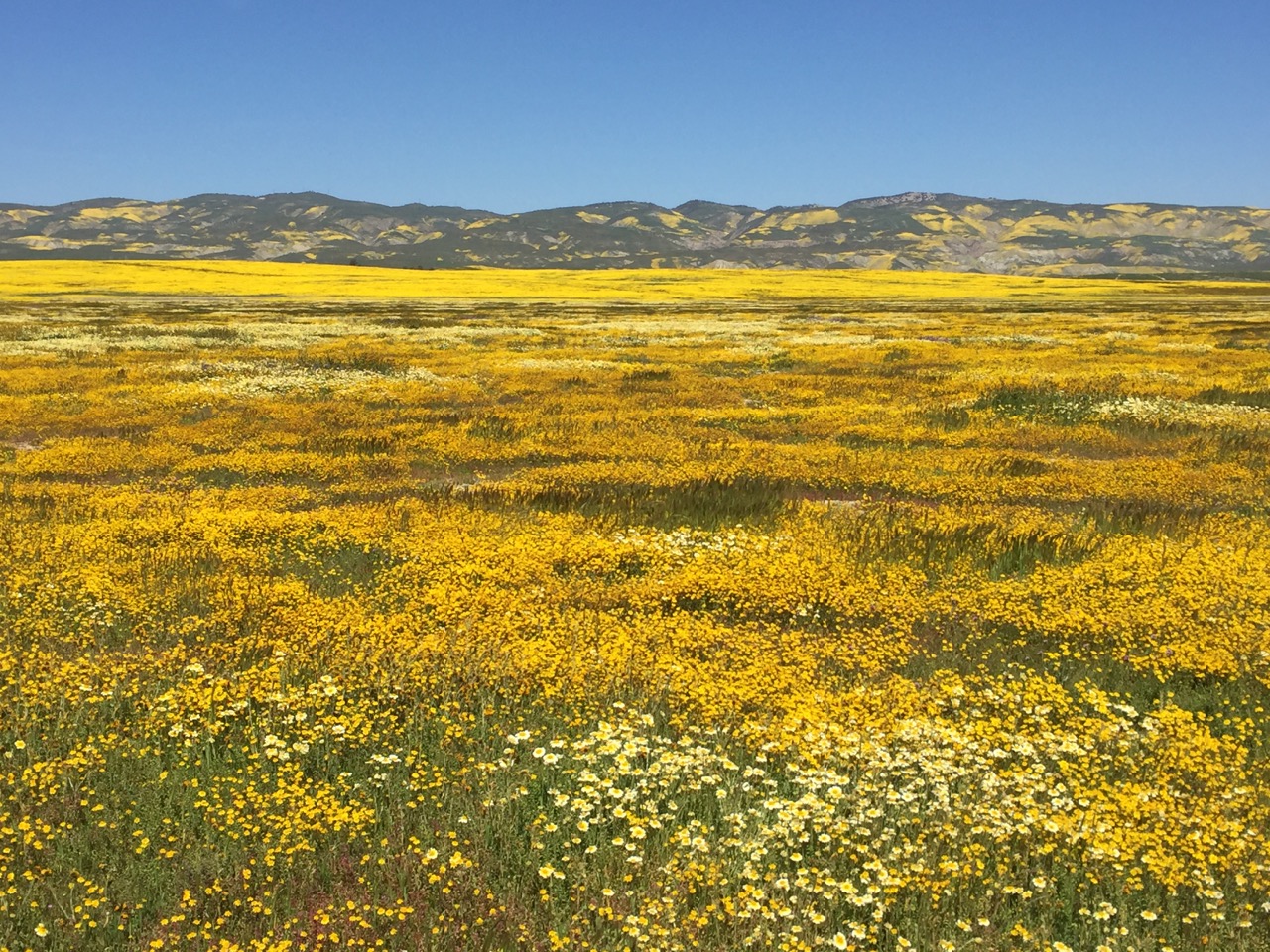 The California Floristic Province, stretching from western Baja California, Mexico through California and into southwest Oregon, USA, is a global biodiversity hotspot; more than 1/3 of all U.S. plant species can be found in the state of California. The region also has a high diversity of ecosystems, from shrubby chaparral to rugged desert, high montane meadows to coastal redwood forests. 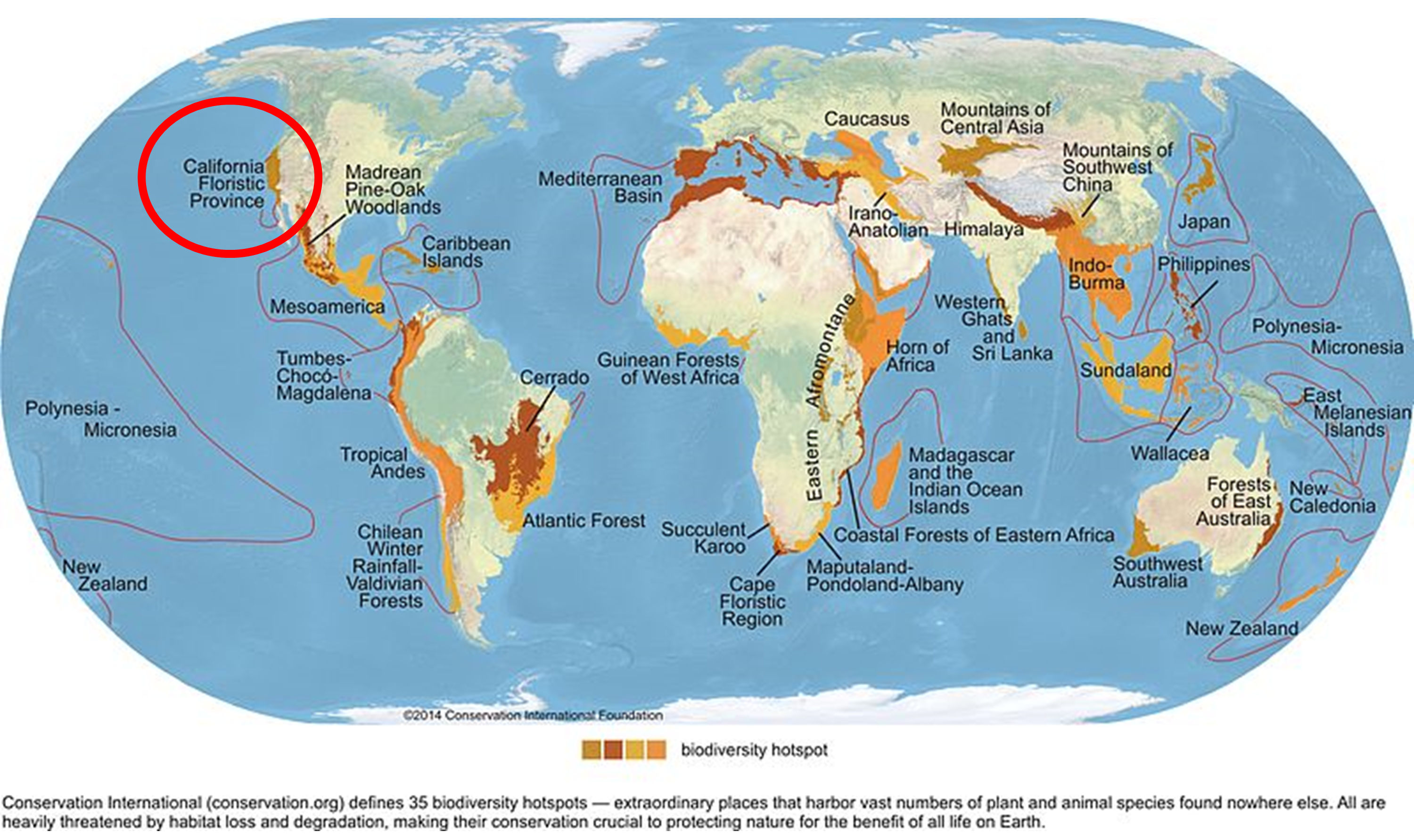 With the recent rainfall after seven years of drought, California has been in the news for a series of “super blooms,” eruptions of thousands of flowers blooming at one time, painting breathtaking colors across hills, fields, deserts, and mountains. Bright orange California poppies (Eschscholzia californica) blanket the hillsides, flanked 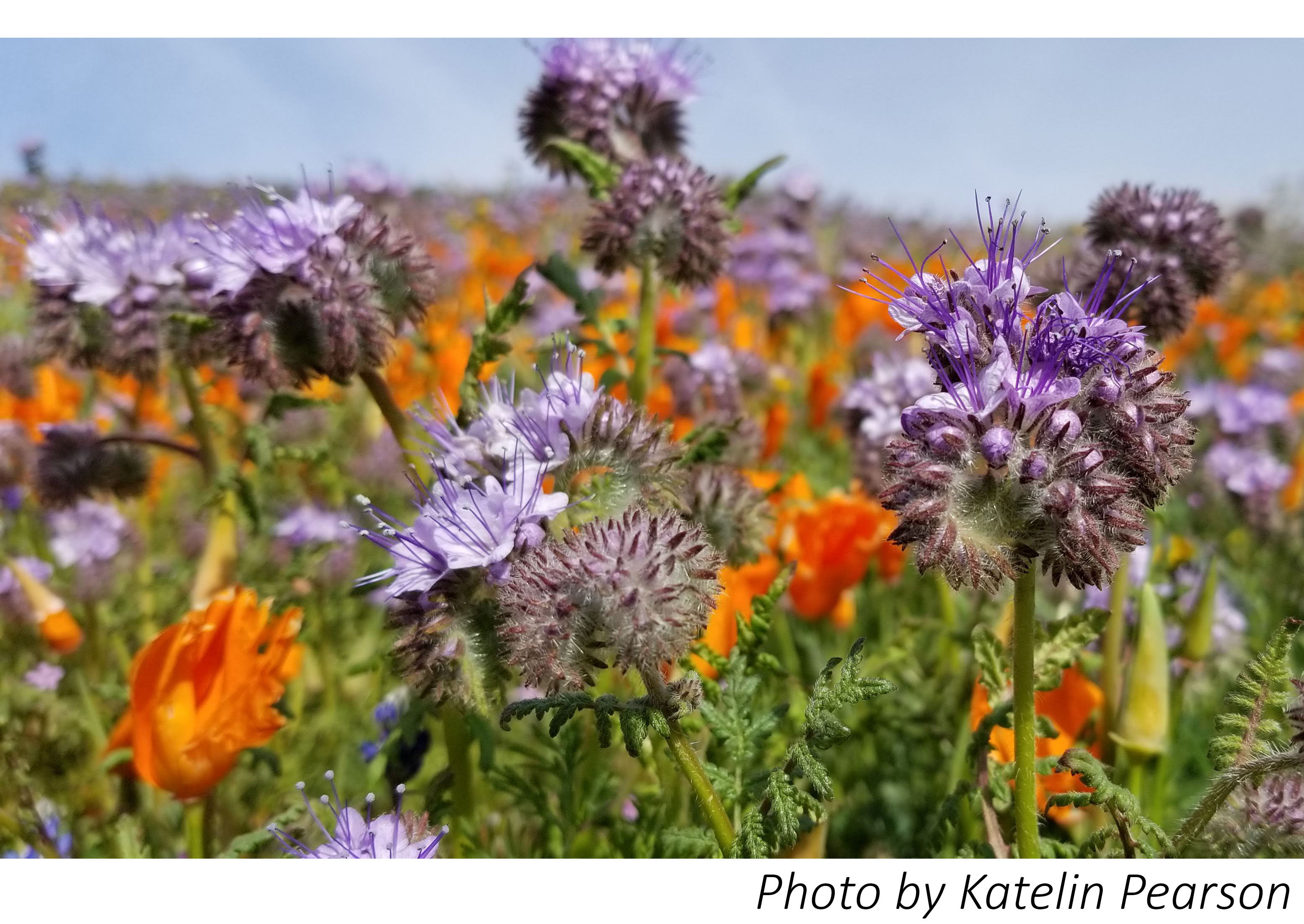 by clouds of purple phacelia (Phacelia), tiny yellow goldfields (Lasthenia), and fuzzy white popcorn flowers (Cryptantha). What causes all these fantastic wildflowers to bloom at once?

The answer lies largely in climate cues. Phenological events (i.e., flowering and fruiting times) of many plants closely track changes in climate variables such as temperature and precipitation. Just how sensitive plants are to climate varies with species and potentially many other factors. Plant phenology has the potential to affect every aspect of an ecosystem, from nutrient cycling (Nord & Lynch, 2009) to predator-prey relationships (Hannah 2015). If plants flower earlier or later than pollinators, or if they produce fruit before or after the arrival of migratory birds, there is the potential for “phenological mismatch” between plants and these important mutualists. Therefore, understanding how and why plant phenology may change is of high scientific and even economic importance, especially with the rise of anthropogenic climate change. 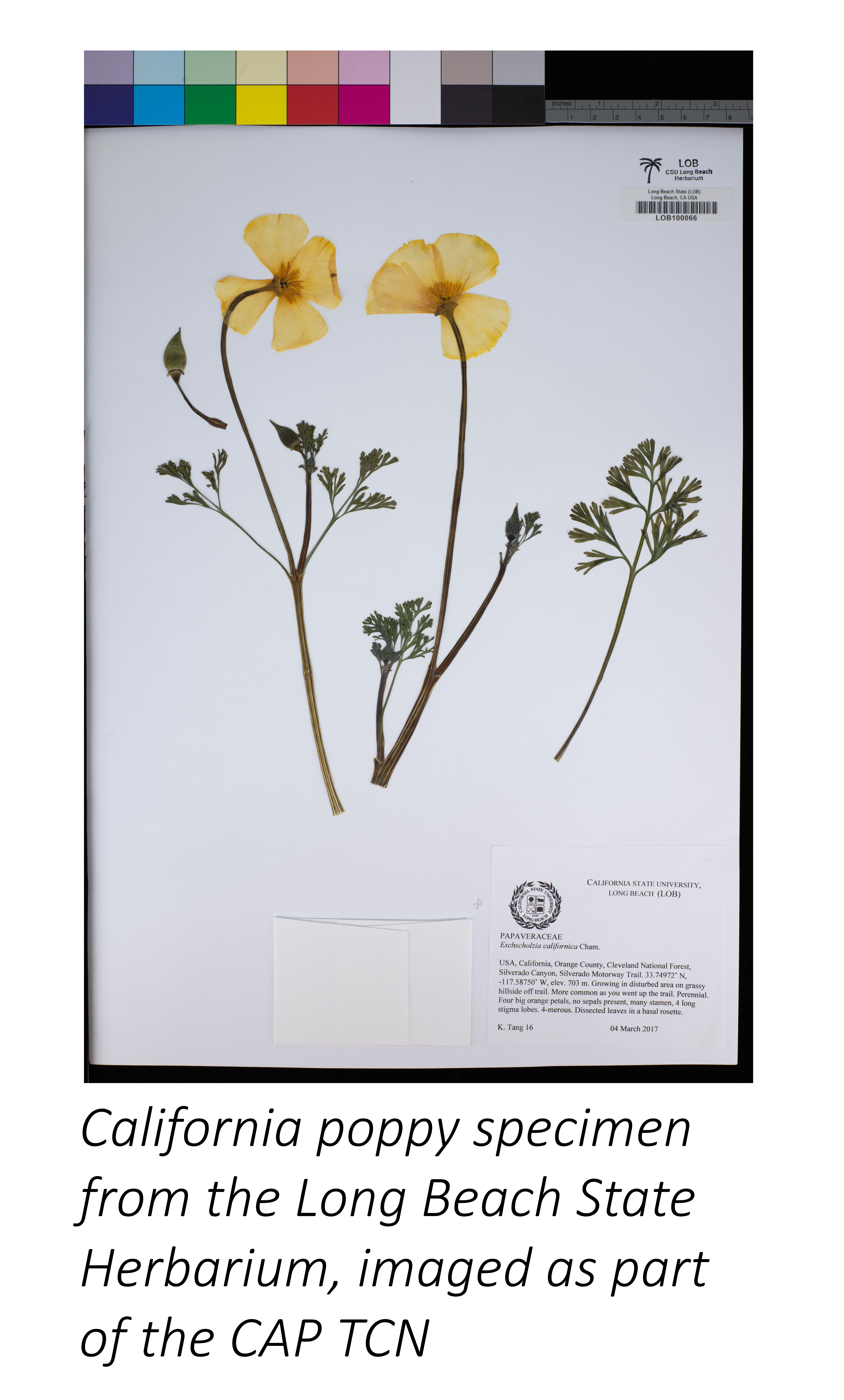 Herbarium specimens—dried, pressed plants preserved in collections called herbaria—have been critical to improving our understanding of plant phenology. Each specimen serves as a snapshot of a plant’s phenological status at a certain time and place, and when considered together, specimens can serve as a massive phenological dataset (Willis et al. 2018). A newly funded Thematic Collections Network, the California Phenology (CAP) TCN, seeks to fully digitize nearly 1 million herbarium specimens from California herbaria with the aim of producing a large bank of phenological data. The images, label data, and phenological scores of these specimens will enable us to study the phenological changes in the California Floristic Province and how these changes may affect the rich biodiversity of this region and beyond.

For more information about the California Phenology TCN, visit the project website, capturingcaliforniasflowers.org, or the growing data portal: cch2.org.