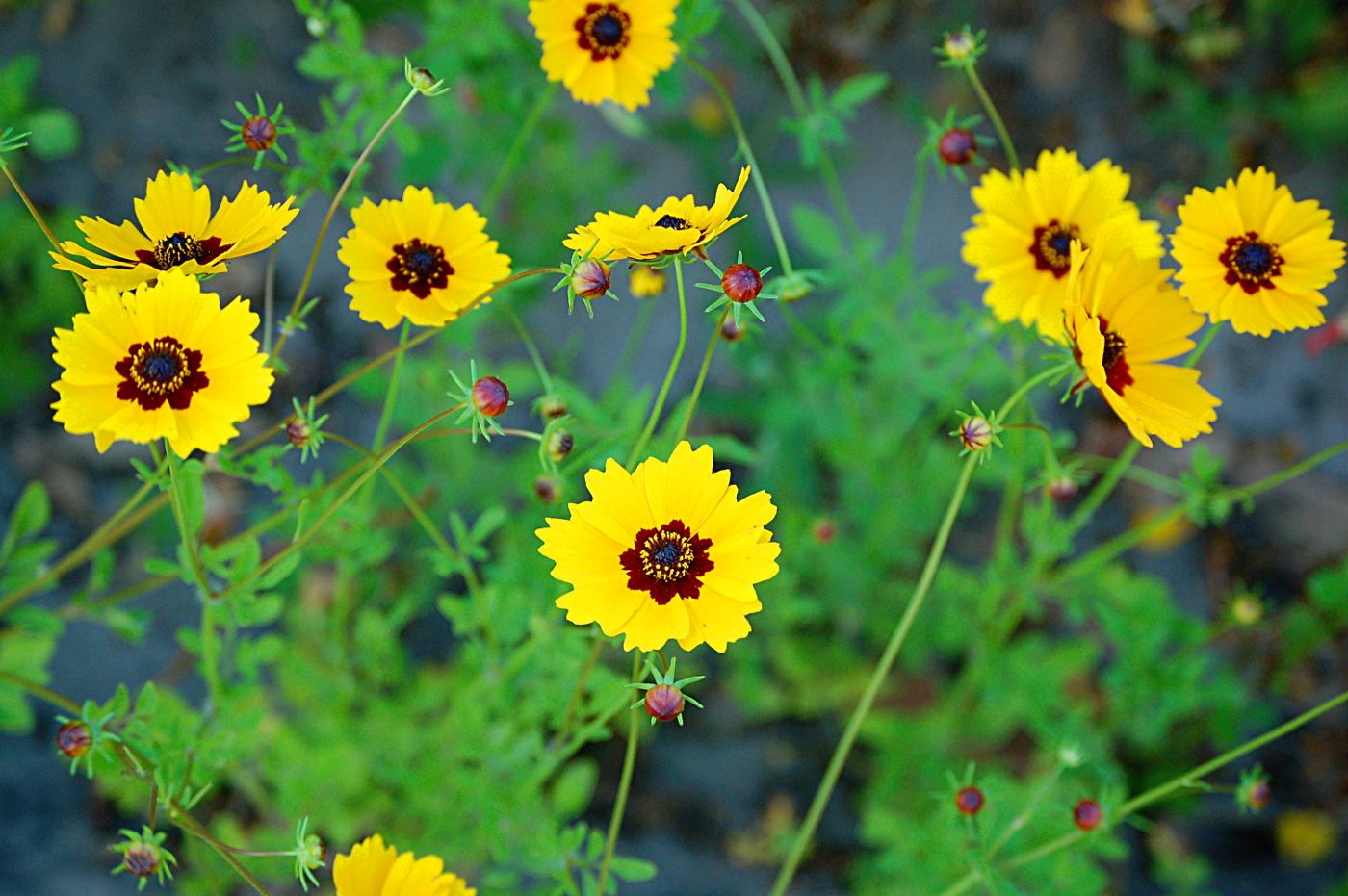 Coreopsis is a genus of flowering plants in the family Asteraceae. Common names for this plant group popular among gardeners include Calliopsis and Tickseed. The flowering heads of Coreposis are typical of many genera in the Asteraceae family, with a central disk of perfect, fertile, usually dark-colored rayless flowers encircled by a radiating array usually composed of eight conspicuous petallike ray flowers that are often yellow, but in some species are white or lavender.

Coreopsis basalis, or Goldenmane Tickseed, is a common member of the genus. This species is a tap-rooted annual or biennial with showy yellow ray flowers that are marked with brown at their base. Goldenmane occurs naturally in prairies and savannahs, but takes advantage of disturbed areas, especially roadsides. It is a well-known “wildflower” that is native from Mississippi west to Texas and north to Oklahoma and Arkansas. Even though they are pictured on the state of Florida’s “Wildflowers” license plate, C. basalis is not a Florida native.

Although C. basalis is not native to Florida, it is not considered an invasive species—meaning that it does not invade natural habitat or displace native flora. As defined by the National Invasive Species Information Center, invasive species are “plants, animals, or other organisms that are non-native (or alien) to the ecosystem under consideration and whose introduction causes or is likely to cause harm.” So although C. basalis is outside its original native range when observed along Florida roadsides it is not displacing native plants or wildlife so is not yet classified as an invasive species.