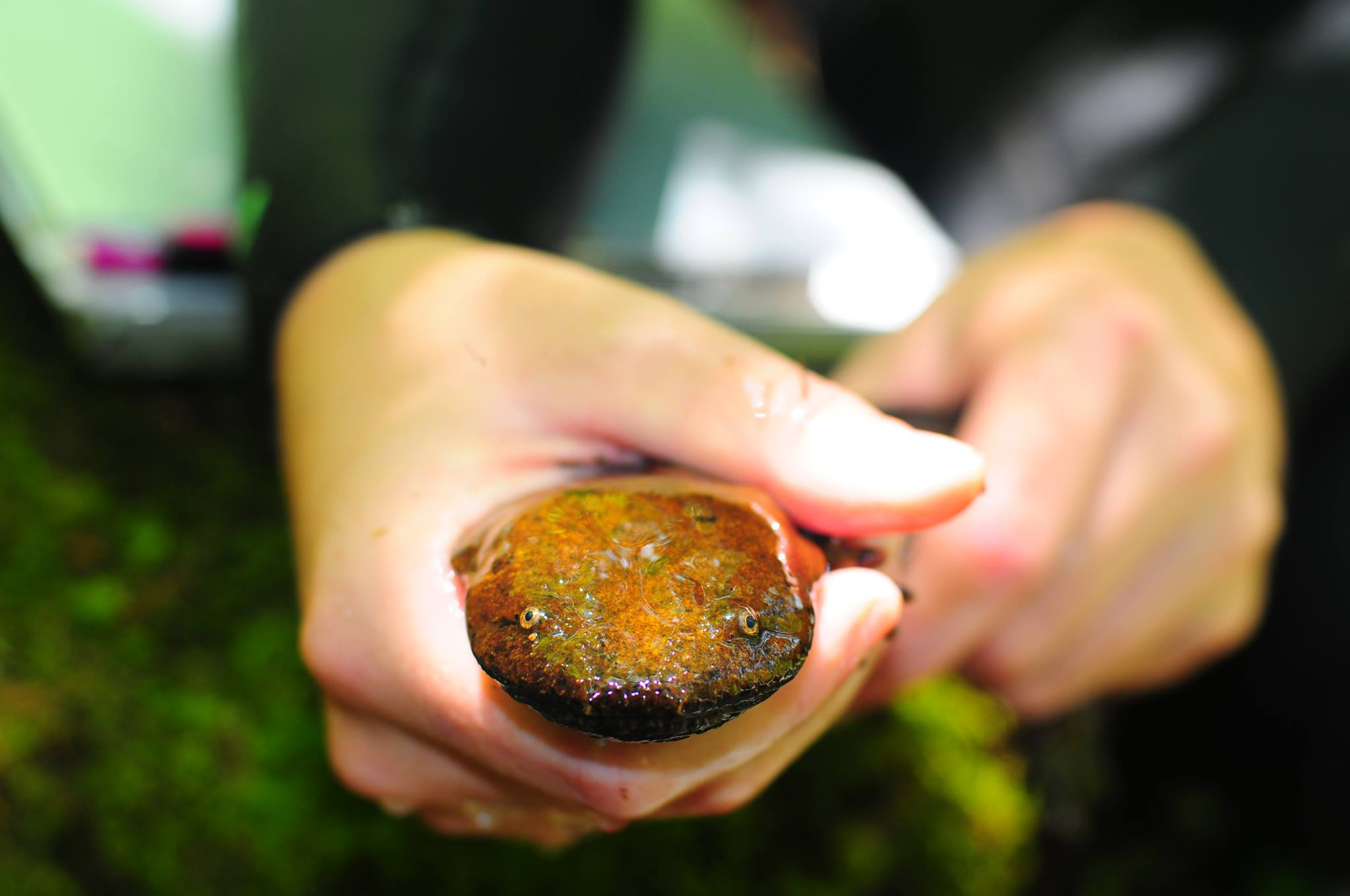 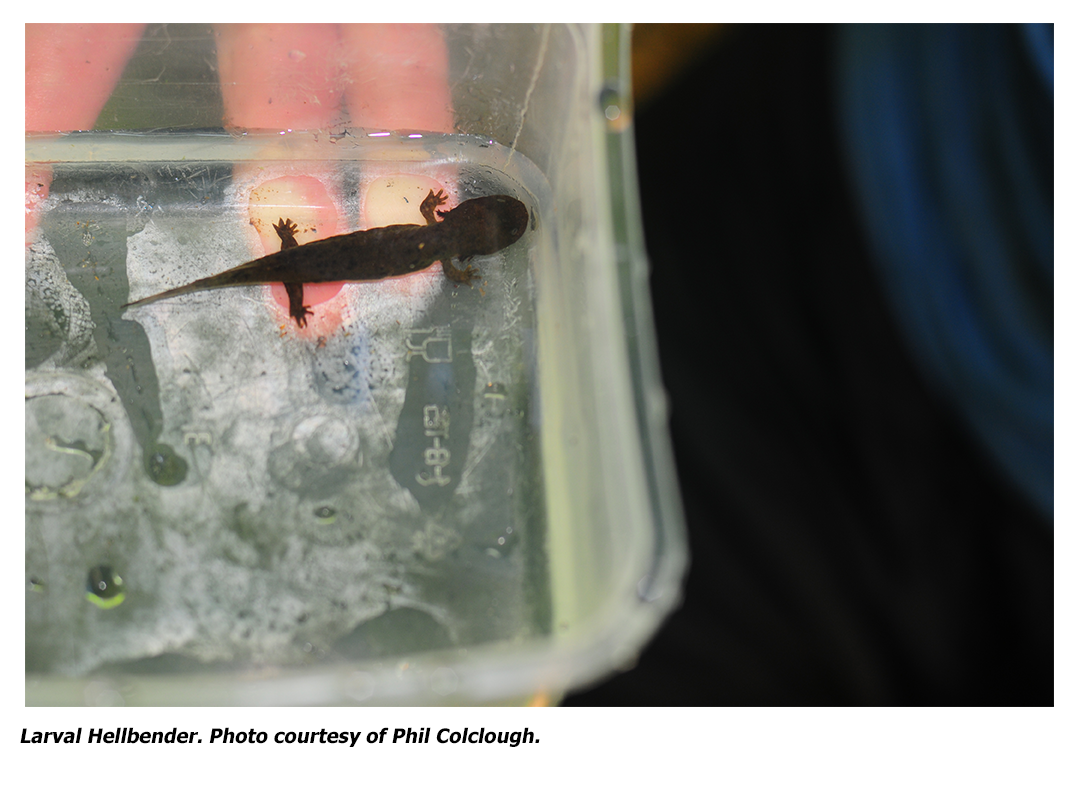 Hellbenders are one of North America’s largest amphibians reaching sizes of over 2.5 feet (740 mm)!  Despite reaching such large sizes, they start life small.  In late summer, adult males fight for the chance to be den master of nesting sites.  Females lay strings of eggs under nest rocks before being kicked out by the male. Males fertilize the eggs externally. After being cared for by their fathers, hatchlings emerge from their eggs at only about an inch long (25-30 mm).  The male stays with the larvae until the following spring or summer.  Not much is known about what happens once larvae leave the nest, but it takes Hellbenders 5 to 7 years to reach adulthood. Hellbenders live at least 30 years.

Hellbenders are largely nocturnal and solitary. Adults generally shelter under large rocks during the day.  Some Hellbenders have been found under the same rock year after year.  Hellbenders primarily eat crayfish, although they eat a variety of prey including fish, lamprey, worms, insects, and smaller salamanders, including other Hellbenders. 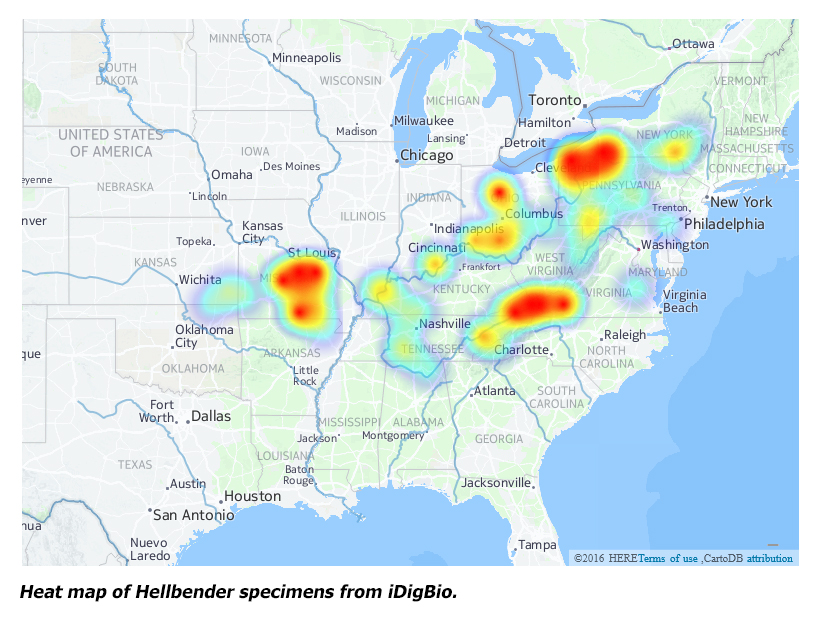 Unfortunately populations of Hellbenders have been declining in most of their range. There is no single cause of decline, but habitat loss and degradation, disease, pollution, over collection, flooding, and species introductions have all been cited as threats to Hellbenders. The Ozark Hellbender is federally threatened under the Endangered Species Act. A petition to list the Eastern Hellbender has also been filed. Hellbenders receive protection by most states where they reside.

Contributed by: Kirsten Hecht, a PhD Student in the School of Natural Resources and Environment at the University of Florida.

Kirsten began studying Hellbenders over a decade ago in WV and has been hooked ever since.  Her Masters research focused on larval Hellbender ecology and the influence of geomorphology on the Hellbenders in Great Smoky Mountains National Park.  She remains active in the Hellbender scientific community while also researching other giant salamander species including the Common Mudpuppy and Greater Siren.