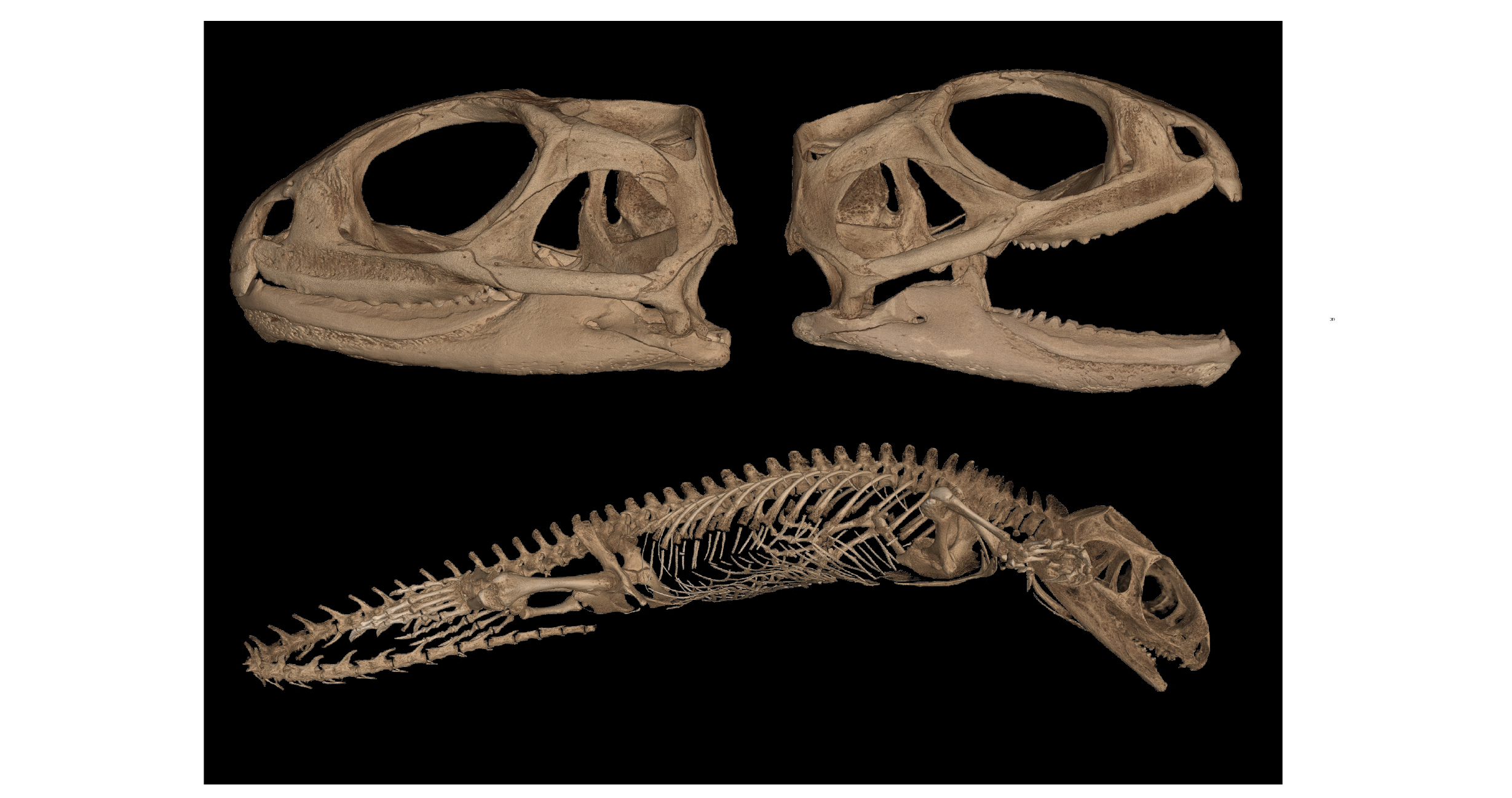 Article contributed by David Blackburn, Catherine Early, and Ed Stanley from the oVert TCN.

The open Vertebrate Thematic Collection Network (oVert TCN) is generating computed tomographic (CT) scans of >20,000 fluid-preserved specimens representing all extant vertebrate genera available in US collections. This method of digitizing specimens produces very high resolution, three-dimensional representations of anatomy of scientific specimens. It allows researchers to create digital versions of skeletons that can be viewed on a computer or turned back into physical objects using 3D-printing. One of the species scanned as part of the oVert TCN is the tuatara (Sphenodon punctatus), represented by two specimens in the Division of Herpetology at the Florida Museum of Natural History (UF-Herp 11978 and UF-Herp 14110).

The tuatara is a rare and very unusual reptile from New Zealand. The species is the sole living descendant of a 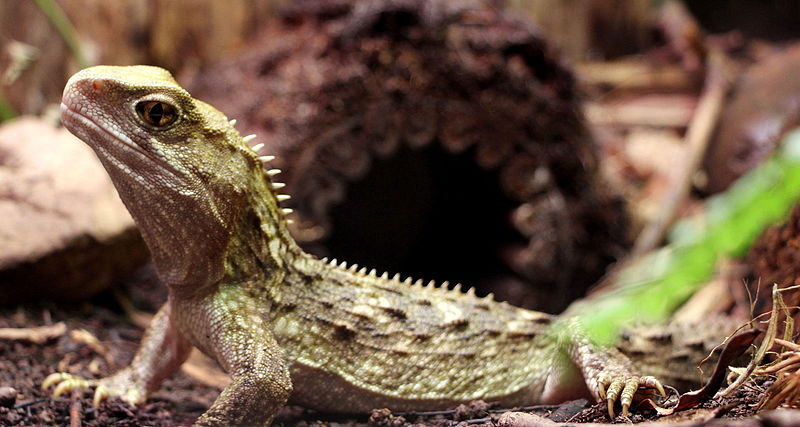 lineage of animals (the Rhynchocephalia) that has existed since the Triassic — over 225 million years ago. Like many collections, the Division of Herpetology at the Florida Museum of Natural History contains few tuatara specimens: only one skull and one whole preserved specimen. Because they are both rare and important, these specimens are rarely loaned out, and so, until recently, access to them has been limited to researchers visiting our collections. It’s a Catch-22 that all collections face: the more rare and important a specimen is, the fewer researchers that will have access to it. But new technology is rapidly changing this.

We have made the scans of these specimens and many other scans available online via MorphoSource. Previously inaccessible specimens are now freely available to view and download by researchers, educators and the public all over the world interested to find out more about these remarkable animals. Digital models of these two tuatara specimens have been downloaded over 250 times for a variety of uses. Educators from Belgium, Brazil, France, Germany, Russia, and the US have used these models to teach K-12 and university students. Many students taking comparative anatomy have used these models to better understand the the bones of the skull, and researchers interested in the anatomy and evolution of both living and extinct reptiles have included these specimens in their studies. This level of access to such rare specimens is unprecedented and is a major goal of the oVert TCN.

CT scan image provided by the oVert TCN.