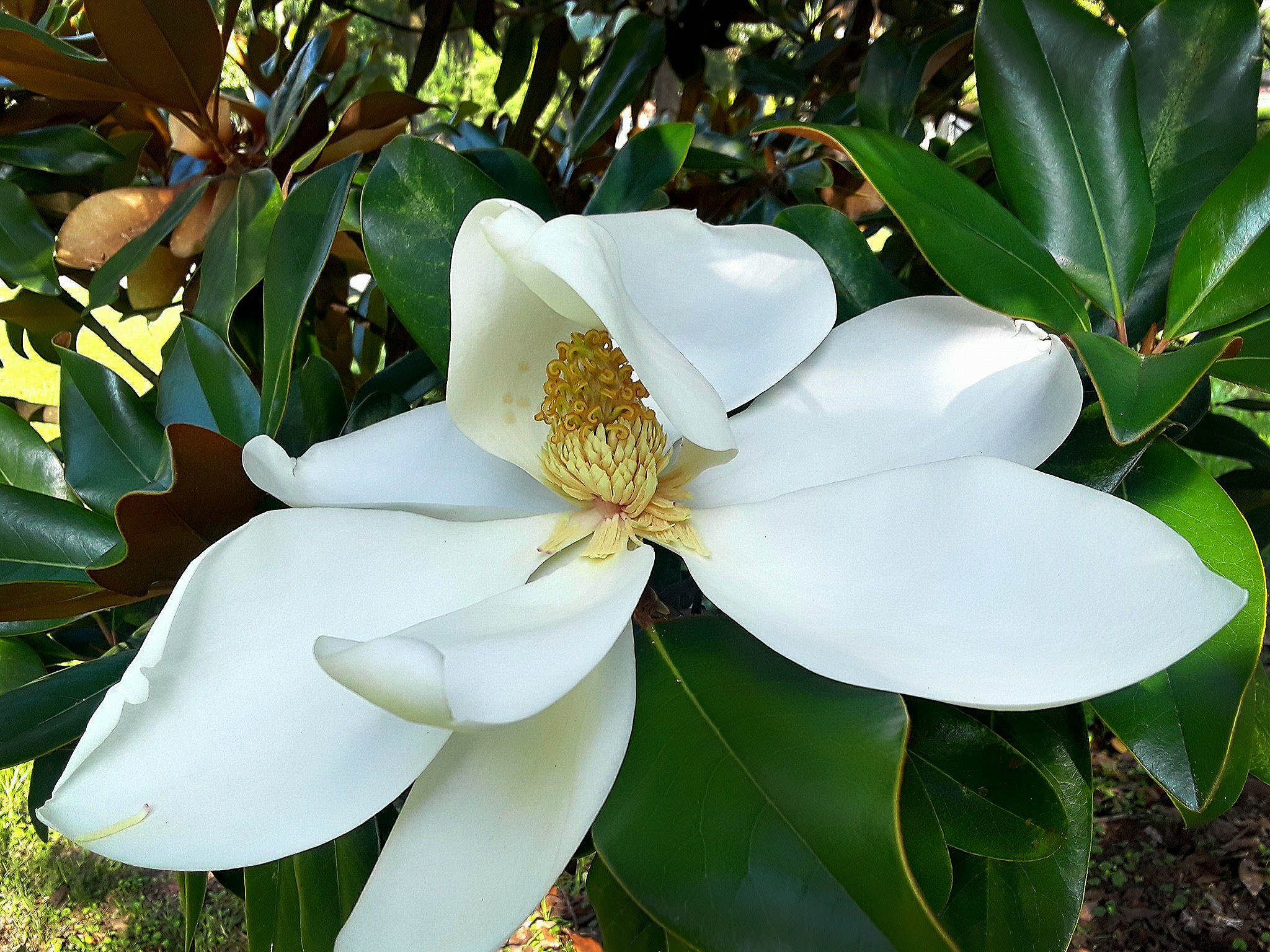 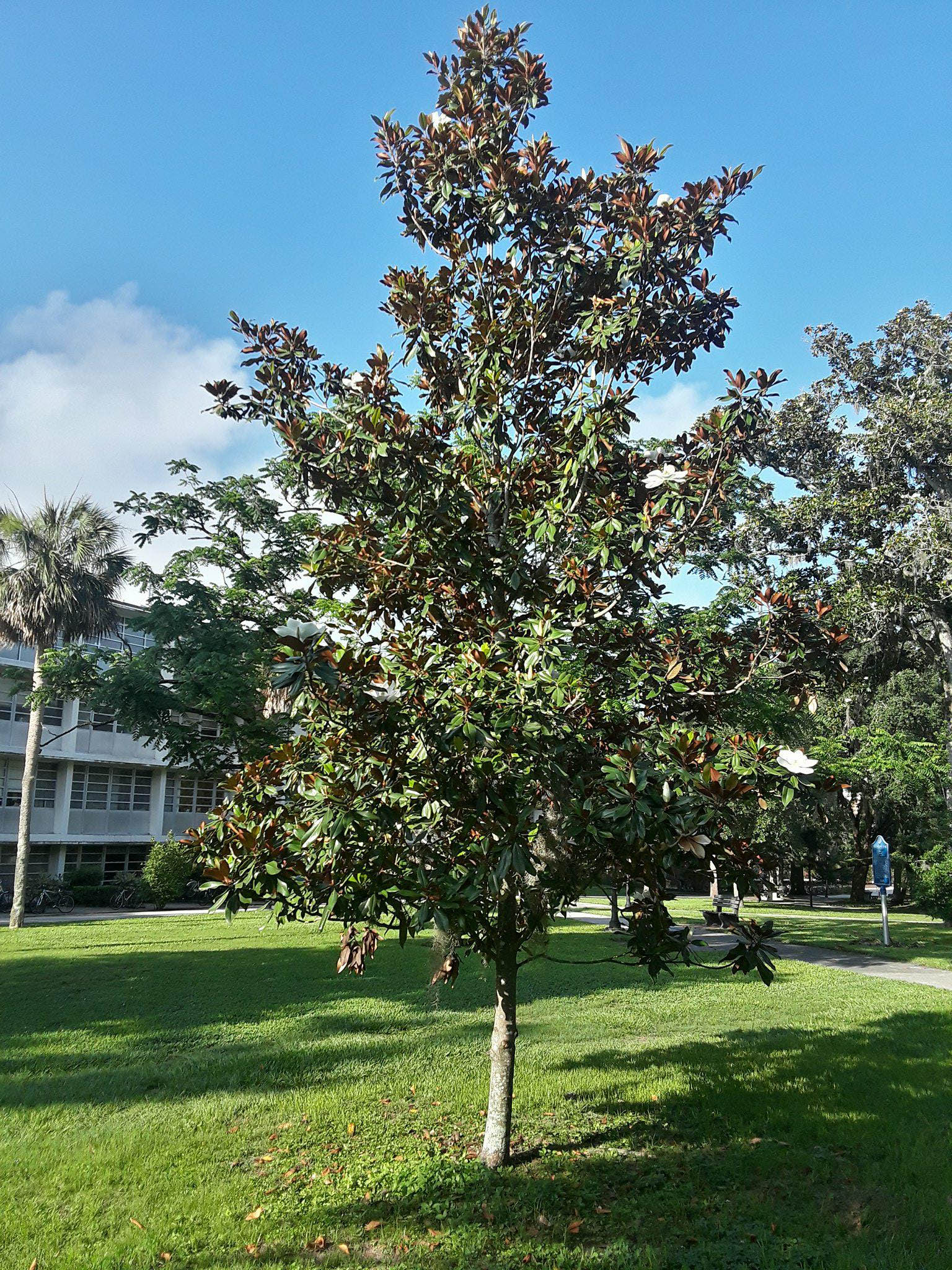 Just like banjos and cornbread, the Magnolia tree is a sign of the south in the eastern United States. Popularized in songs, place names, and literature, it is difficult to drive through a southern town without passing a Southern Magnolia (Magnolia grandiflora) tree. Although the Southern Magnolia is probably the most well-known in the Magnolia genus, there are 8 species native to the United States and 80–210 (depending on classification) species of trees and shrubs in the magnolia family, Magnoliaceae, native to eastern and central Asia and North and Central America. 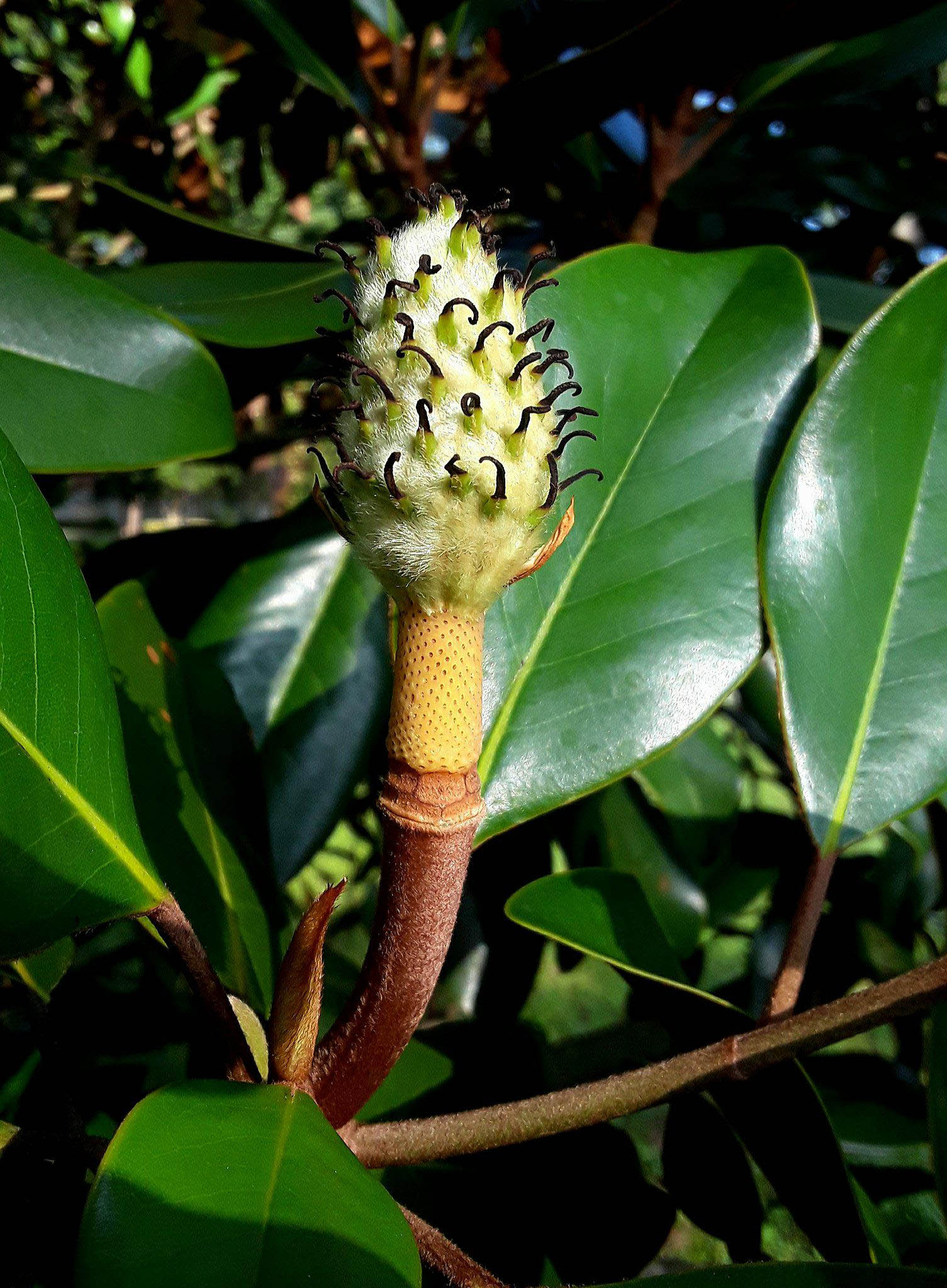 Magnolias have large, primitive aromatic flowers which are beetle-pollinated. Flowers have 3 sepals and 6–12 petals with many stamens in a spiral. Flowers are most often white or cream but can also be yellow, pink, or purple. Flowers develop on branch tips and form a cone-like fruit with seeds (usually red). All leaves are alternate and entire (smooth-margined) but vary in size, shape, and toughness. Some species like the familiar Southern Magnolia are tough, leathery, and evergreen, but other species are thin and deciduous. Leaf size is also highly variable. The properly named Bigleaf Magnolia, Magnolia macrophylla, has the largest leaves of any native plant in North America with leaves 50–90 cm long. Some species like the Fraser Magnolia, Magnolia fraseri, have auriculate (earlobe-shaped) bases. 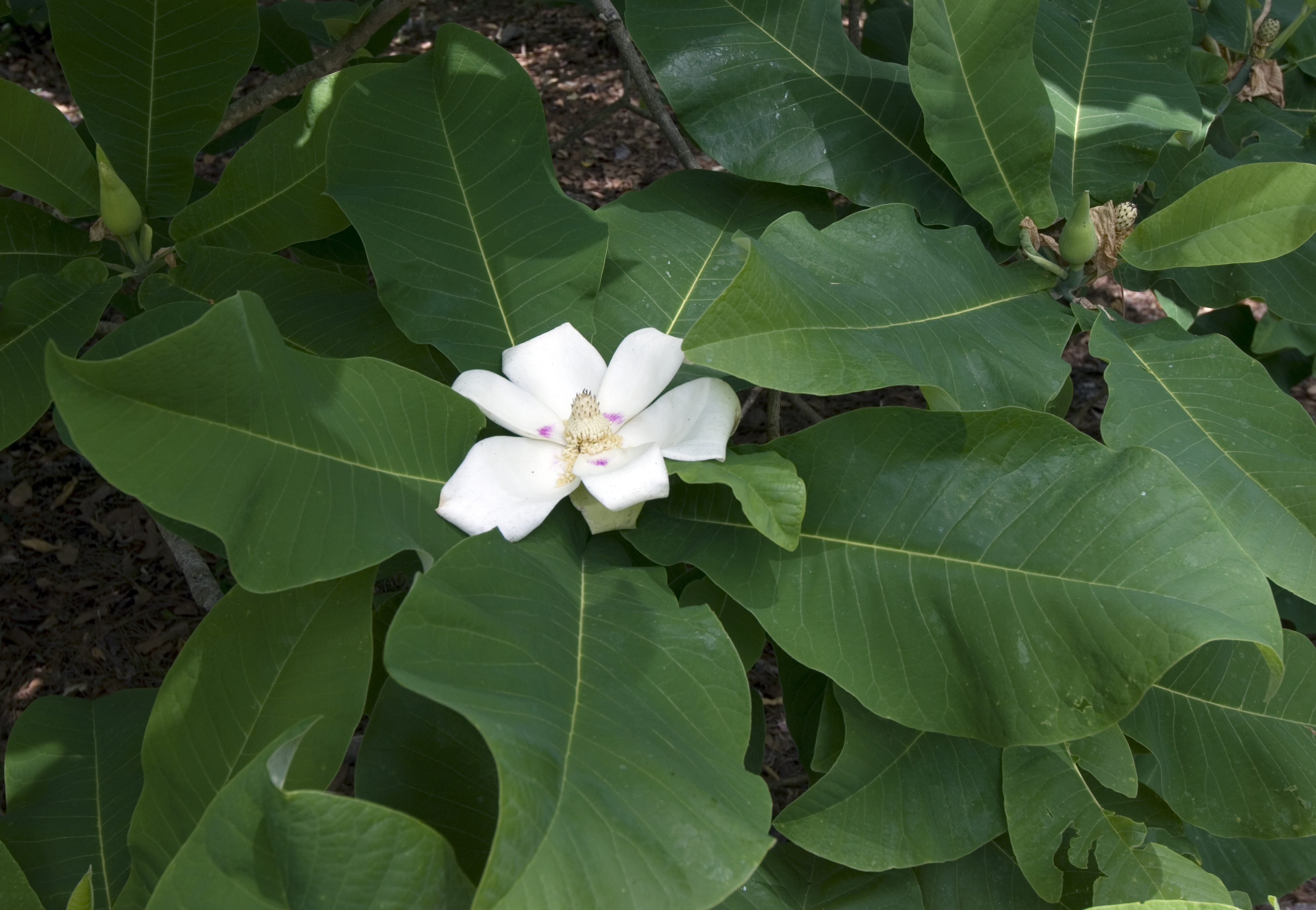 Magnolias are one of the oldest groups of tree species in the world. Magnolia fossil specimens have been dated at 20 million years old, and fossils of plants belonging to the Magnoliaceae family date to 95 million years ago. 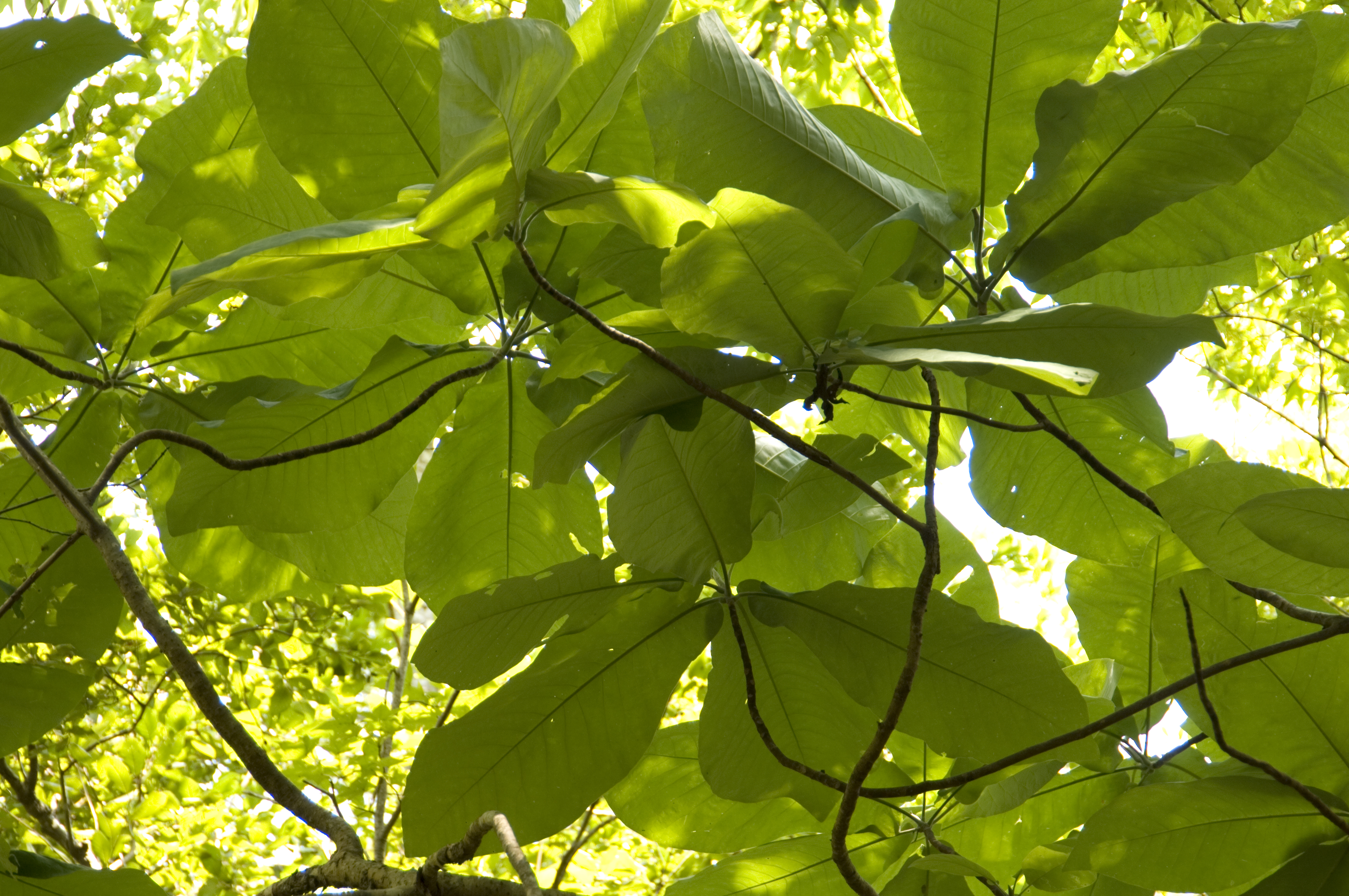 Find specimens in the Magnolia family from around the world in the iDigBio Portal.