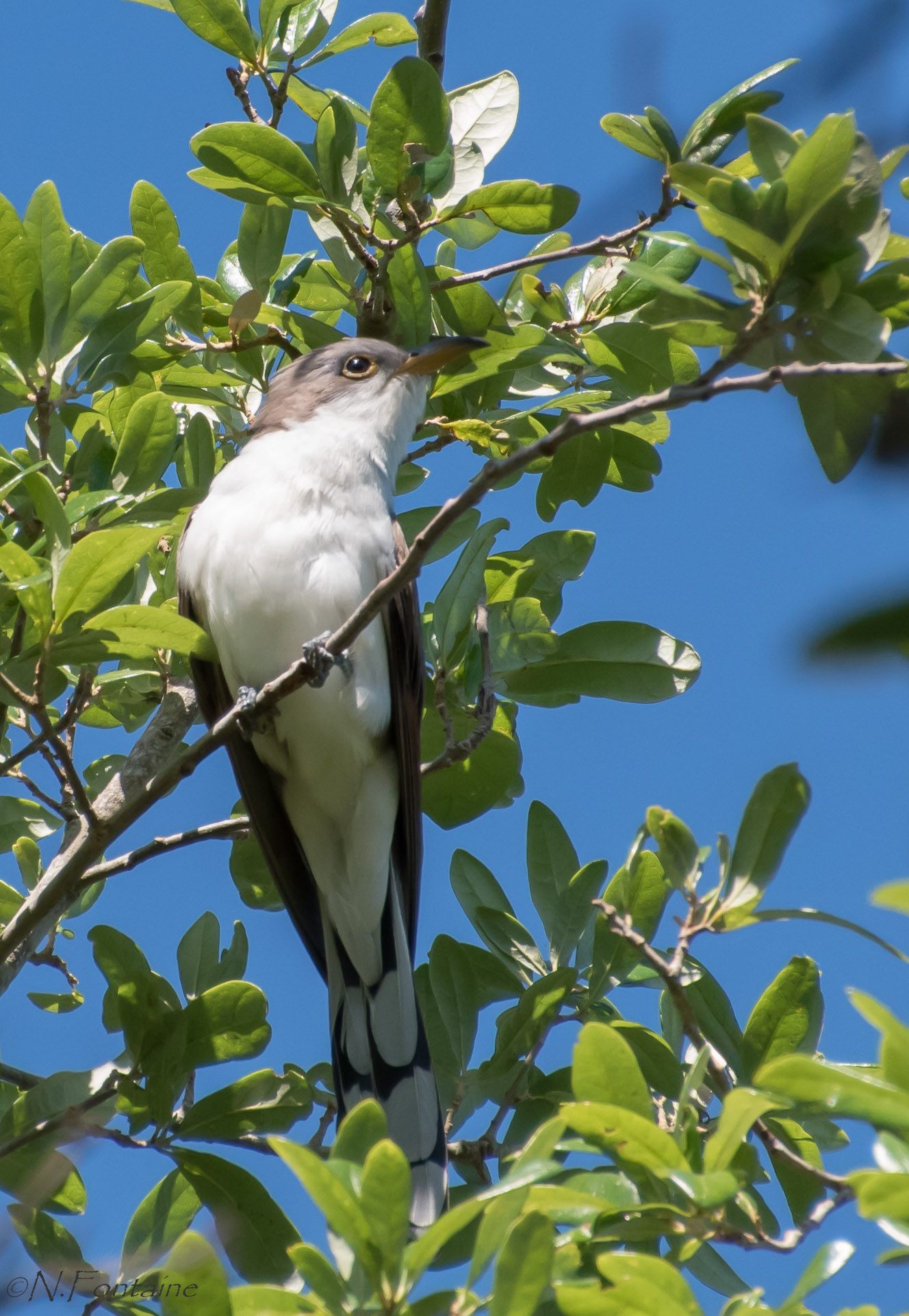 You will more than likely hear the secretive Yellow-billed Cuckoo before you see one.  Arriving from South America to their east coast breeding grounds in late spring, these nocturnal migrants typically reside in dense deciduous woodlands.  Being about the size of a Blue Jay, these slender long-tailed birds have a brown upper body, cinnamon wing patches, and white underparts.  Preying on insects such as cicadas, katydids, crickets, and caterpillars during spring and summer, it is one of the few birds that can consume hairy caterpillars. At times they have been observed to gorge on tent caterpillars by the 100’s in one sitting. Overlapping their summer diet of insects, Yellow-billed Cuckoos add various fruits and seeds to their diet well into fall. It is suspected that the onset of each breeding season is correlated with local food availability. 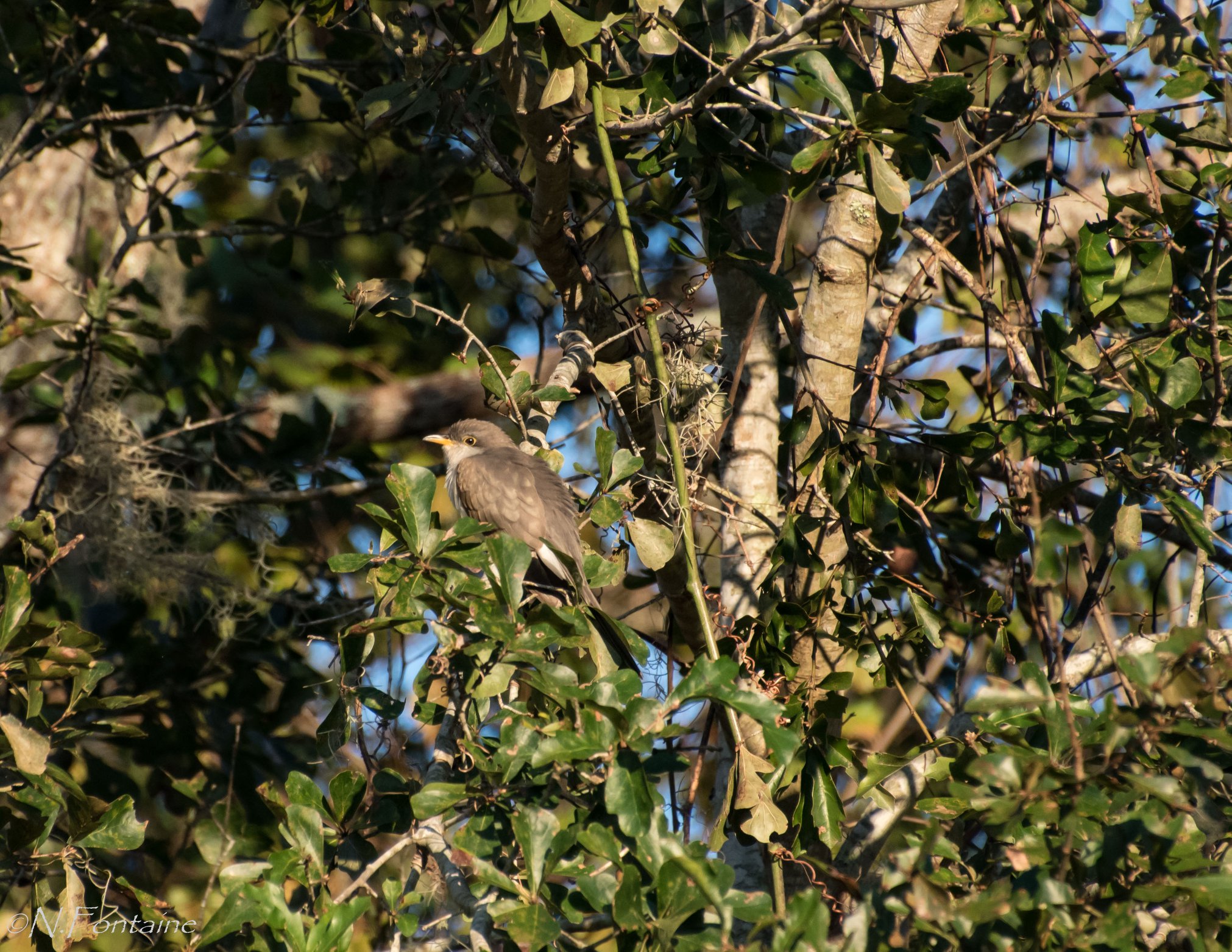 Nests are typically built as loose platforms consisting of pine needles, twigs, grasses, and leaves. During courtship, the male feeds the female and directly before mating, the male provides a twig which both birds grasp as copulation occurs.  Pairs typically have one to two broods per season consisting of clutches anywhere between one to five eggs.

Like many organisms today, Yellow-billed Cuckoo populations are in a steady decline. Although the eastern population is dropping at a slower rate, the western population has been listed as threatened under the Endangered Species Act since 2014. Dependent on riparian areas abundant with willow and cottonwoods, habitat loss from agriculture development, flood control damning, and exotic species invasions, the yellow-billed cuckoo is considered rare or extirpated in 12 western states as well as British Columbia.

Video of tent catepillar foraging behavior from The Cornell Lab of Ornithology's Macaulay Library. Additional Yellow-billed Cuckoo videos from the Macaulay Library can be found here.