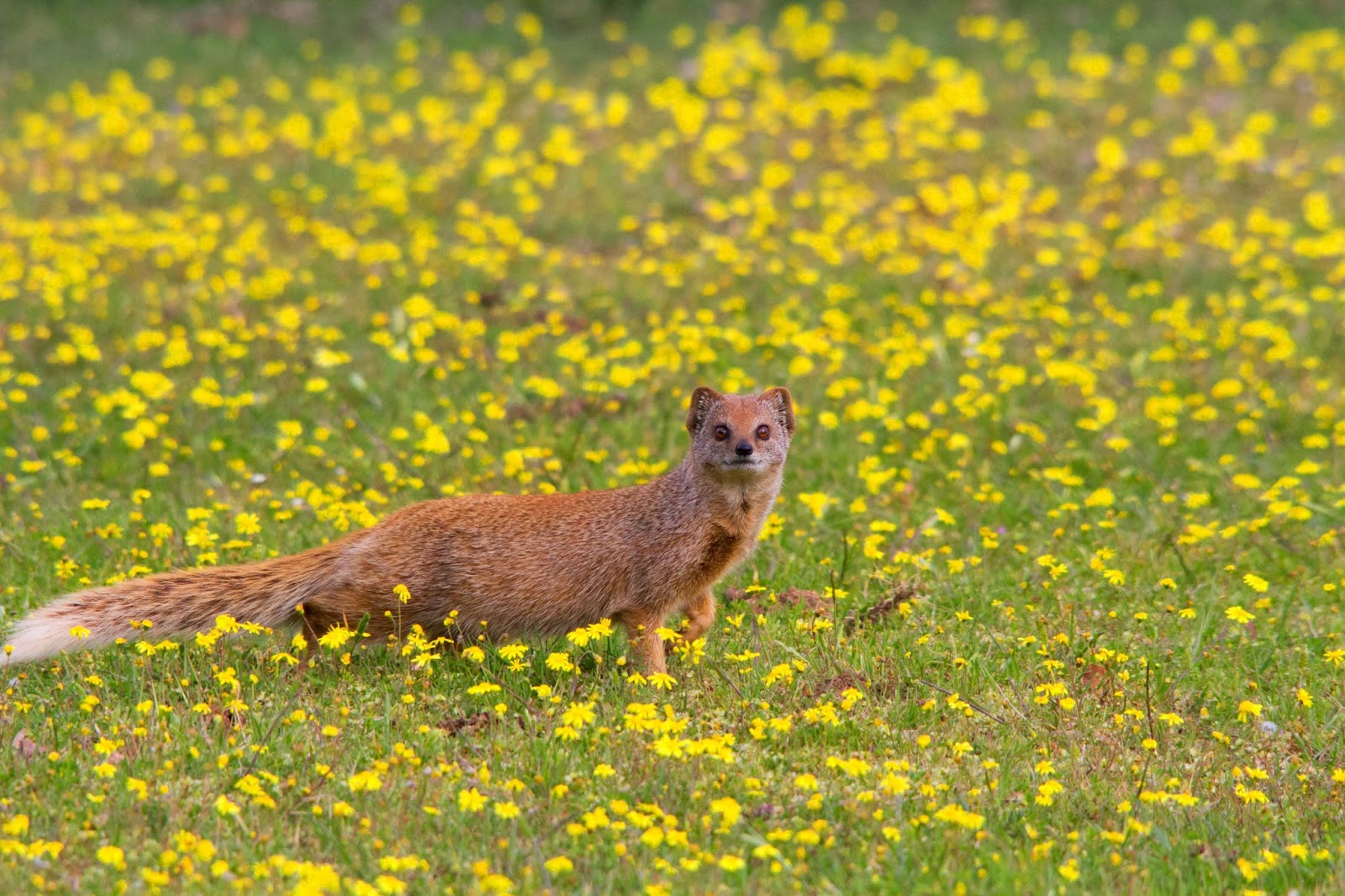 Safety in numbers is a wise strategy employed by a tremendous number of organisms on Earth, and the Yellow Mongoose (Cynictis penicillata) is no exception. This small carnivore can be found in semi-arid, open habitats in Southern Africa. Yellow Mongooses live in family groups usually consisting of a breeding pair, young offspring, and a variety of sub-adults and older mongooses. Living in a family group affords each individual mongoose protection due to the fact that many pairs of eyes are on the lookout for predators, and will sound the alarm if a threat is detected. Also, each individual’s probability of being predated upon is diminished with larger group sizes.

Relying on family members to enhance predator avoidance is one thing, but what about counting on individuals of other species? The carnivorous Yellow Mongoose often associates with an herbivorous rodent, the Cape Ground Squirrel (Xerus inauris). Mongooses and squirrels are even known to share burrow clusters (aggregations of burrows in close proximity). They also share predators as both animals weigh approximately 500 grams and experience threats such as monitor lizards, jackals, snakes, and raptors.

In order to avoid predation, one must be vigilant. The vigilance or ‘lookout’ behavior exhibited by a Yellow Mongoose is an upright posture much like the classic Meerkat (Suricata suricatta) on guard duty (to whom the mongoose is related, and can also be found grouped with!). A Yellow Mongoose will stand on its hind legs and survey the surroundings periodically, and this behavior increases as group size decreases. Of course, performing this vigilant behavior takes away from foraging, so having more ‘friends’ around and having more time to eat is a clear benefit to grouping.