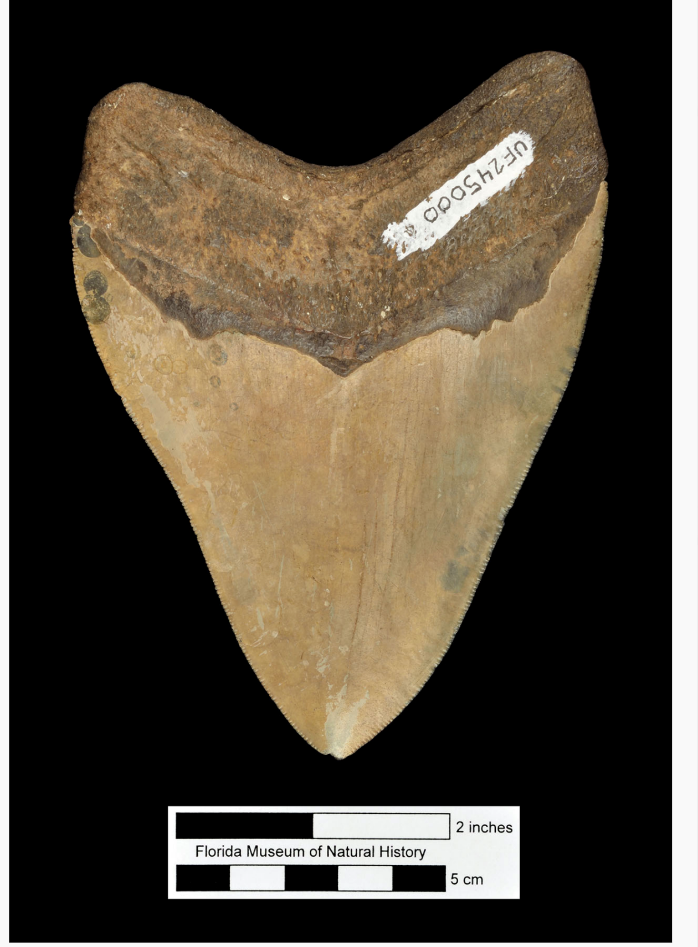 Labial view of an upper anterior tooth of C. megalodon. 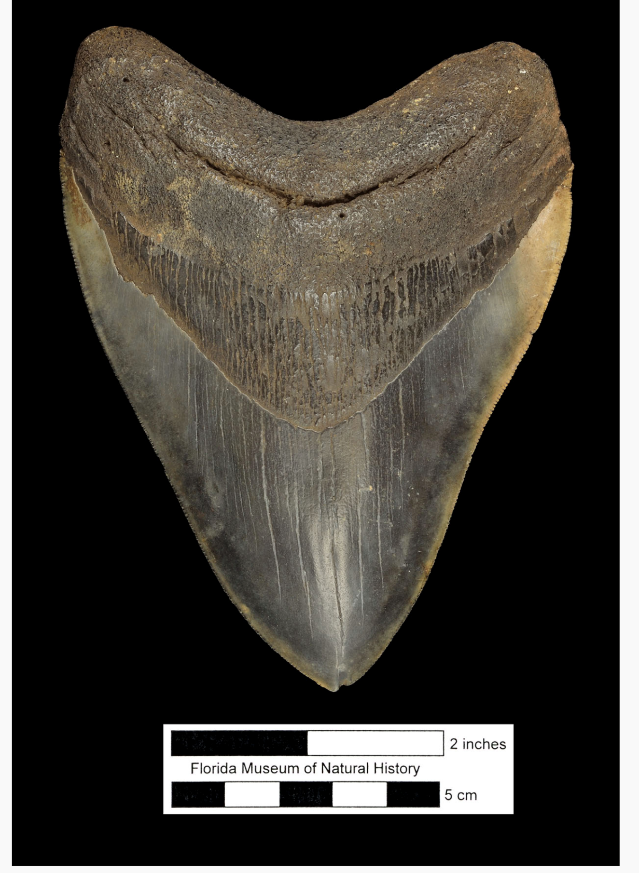 Carcharocles megalodon is widely thought to have been the largest shark that has ever existed. It was the last member of the megatooth lineage of predatory sharks and lived in the middle Miocene (15.9 million years ago) and went extinct in the Pliocene 2.6 million years ago (Pimiento & Clements 2015). Scientists calculate that it reached lengths of over 16 meters (Pimiento & Balk, 2015). These size estimates are based on calculations made from the crown height of their teeth, which has been shown to be a good proxy for body size estimates in other lamnoid sharks. Carcharocles megalodon teeth can reach over 16 centimeters (6 inches) in total height (Pimiento et al., 2010). Based on tooth morphology, it is believed that it preyed on marine mammals. The teeth are characterized as being large and triangular with a broad crown and a robust root. At closer inspection, fine, uniform serrations align the cutting edge (Perez et al., 2017).

Like all sharks, C. megalodon’s skeleton was composed of cartilage. Cartilage does not preserve very well in the fossil records, and very little fossil evidence for sharks can be found.  Teeth are the clear exception because they are made of hard, durable material (enamel) that preserves well. Sharks replace their teeth throughout their lifespans, so they are well represented in the fossil record. Thanks to these features, it has been determined that C. megalodon was a cosmopolitan species because it’s teeth can be found around the world, especially in sub-tropical and tropical areas like the eastern United States, Panama, and Australia (Pimiento et al., 2016). 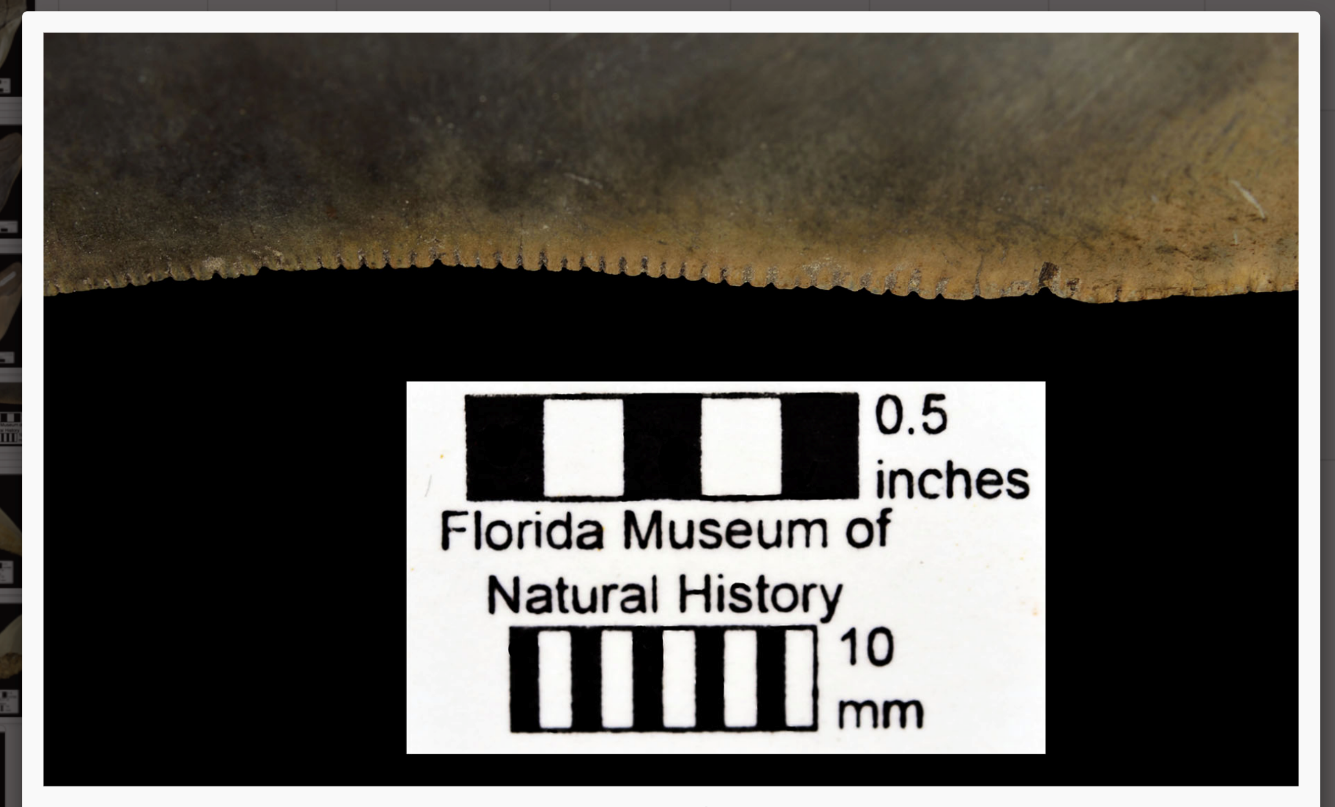 Zoomed in view of the serrations of an upper anterior tooth of C. megalodon.