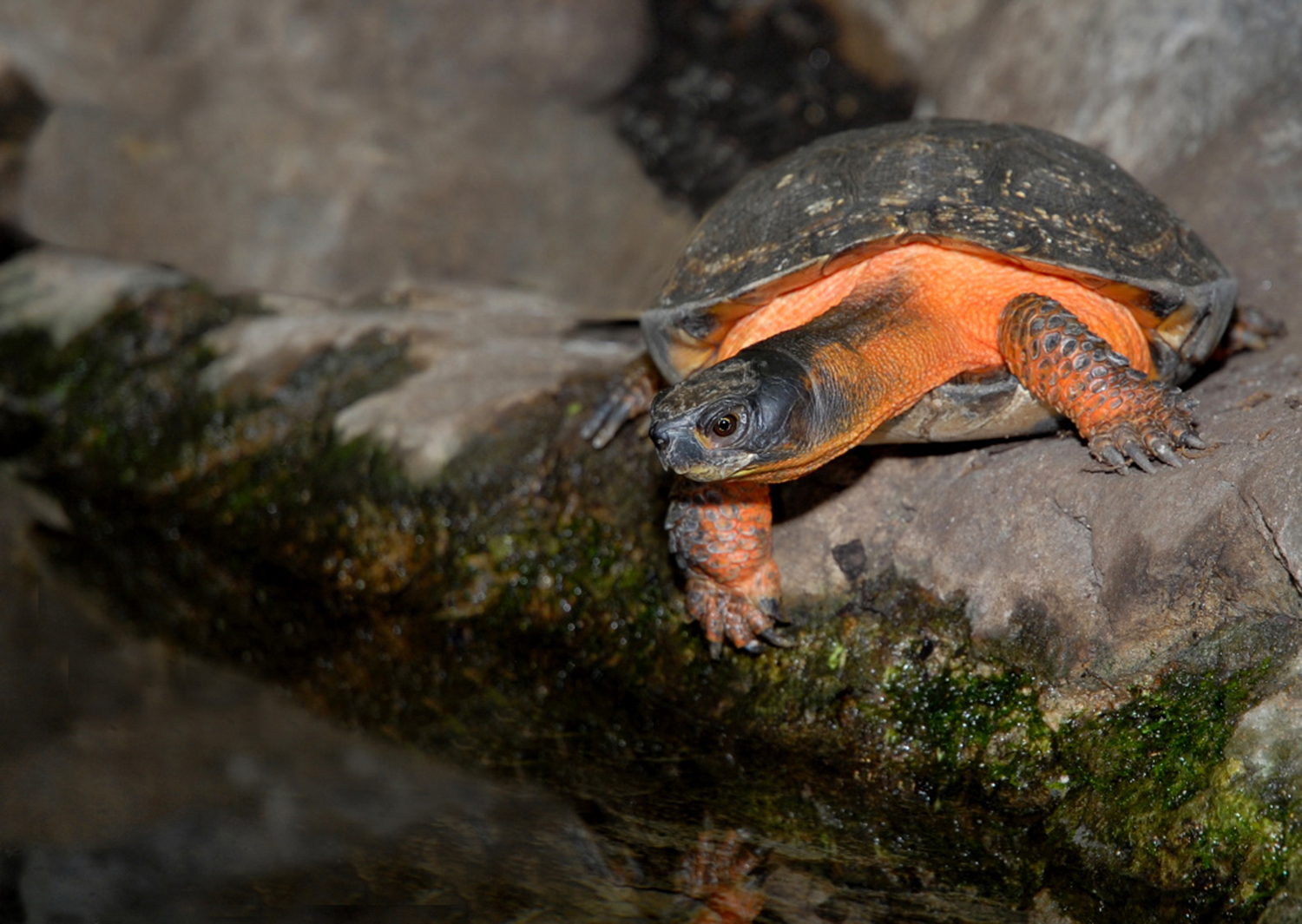 The rare wood turtle, Glyptemys insculpta is unique in both its appearance and behavior. Reaching up to nine inches in length, the wood turtle’s carapace, or top of the shell, features raised scutes that appear sculpted or carved of wood. From above, the turtle is typically gray brown in appearance but can have bright yellow to red accents on its neck, legs, and tail. The plastron, or underside of the shell, is typically yellow with large black spots.

Wood turtles are both terrestrial and aquatic. During the winter months, wood turtles hibernate in fresh water 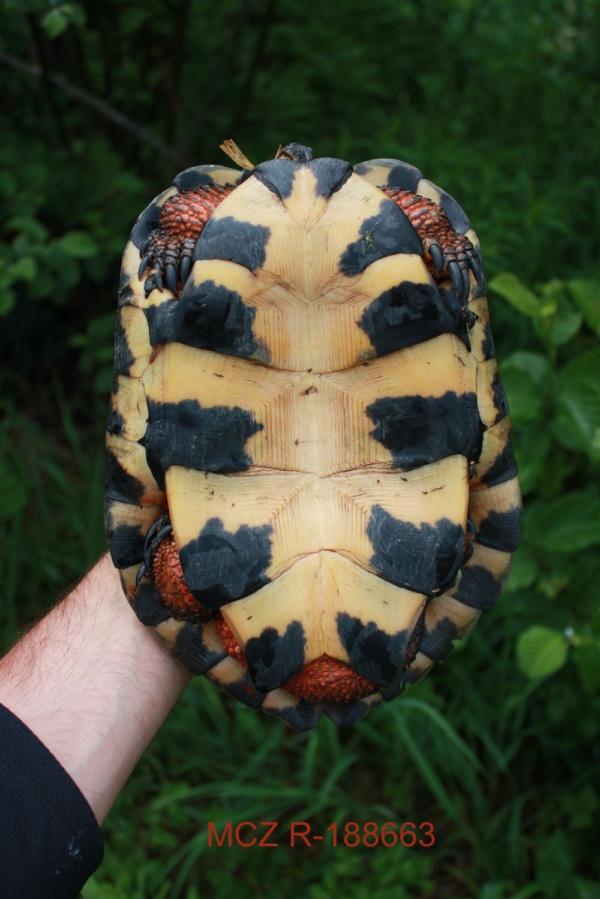 streams. In warmer months, turtles will inhabit water and land. While their terrestrial forays are usually limited to within 1,000 feet of wetland areas, the turtles will often travel longer distances during their breeding season to mate and lay eggs.

The wood turtle is native to eastern North America, occurring from Nova Scotia to Virginia, and as far west as Michigan. Although they can be found across a relatively large area, they have a patchy distribution and are listed as endangered throughout their range. Like many long-lived species (the oldest individual on record was over 50 years old), wood turtles are late to sexually mature and have low overall fecundity or reproductive success. The increase in scavengers, such as racoons, due to human settlement throughout much of their range has led to higher rates of nest mortality. Human encroachment is the wood turtle’s largest threat. Mature individuals become more at risk on roadways, especially during mating season when they are traveling larger distances on land. Collection of individuals for the illegal pet trade has also been a problem.

To view Wood Turtle specimen records and other media files in the iDigBio portal, Click Here.