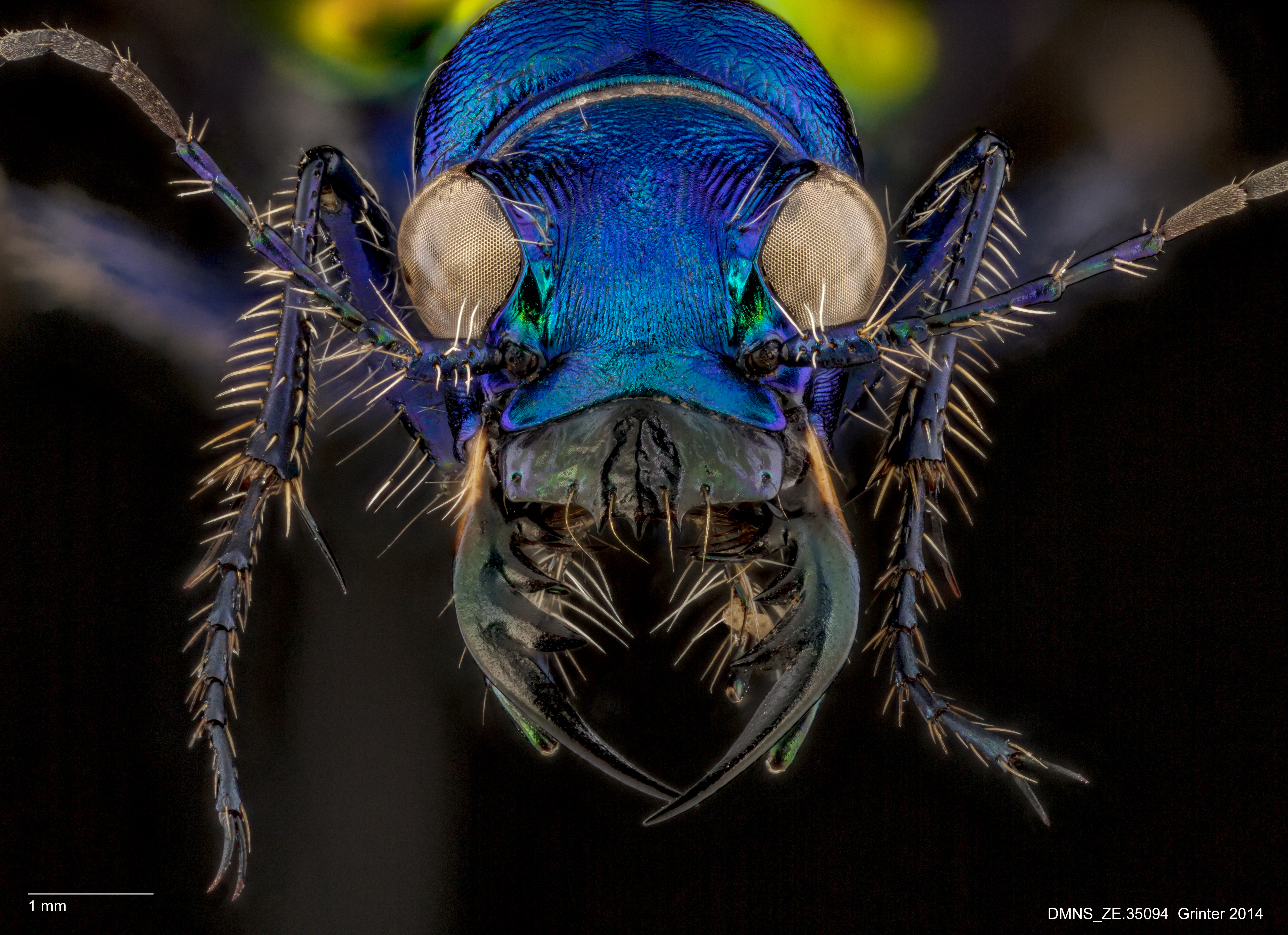 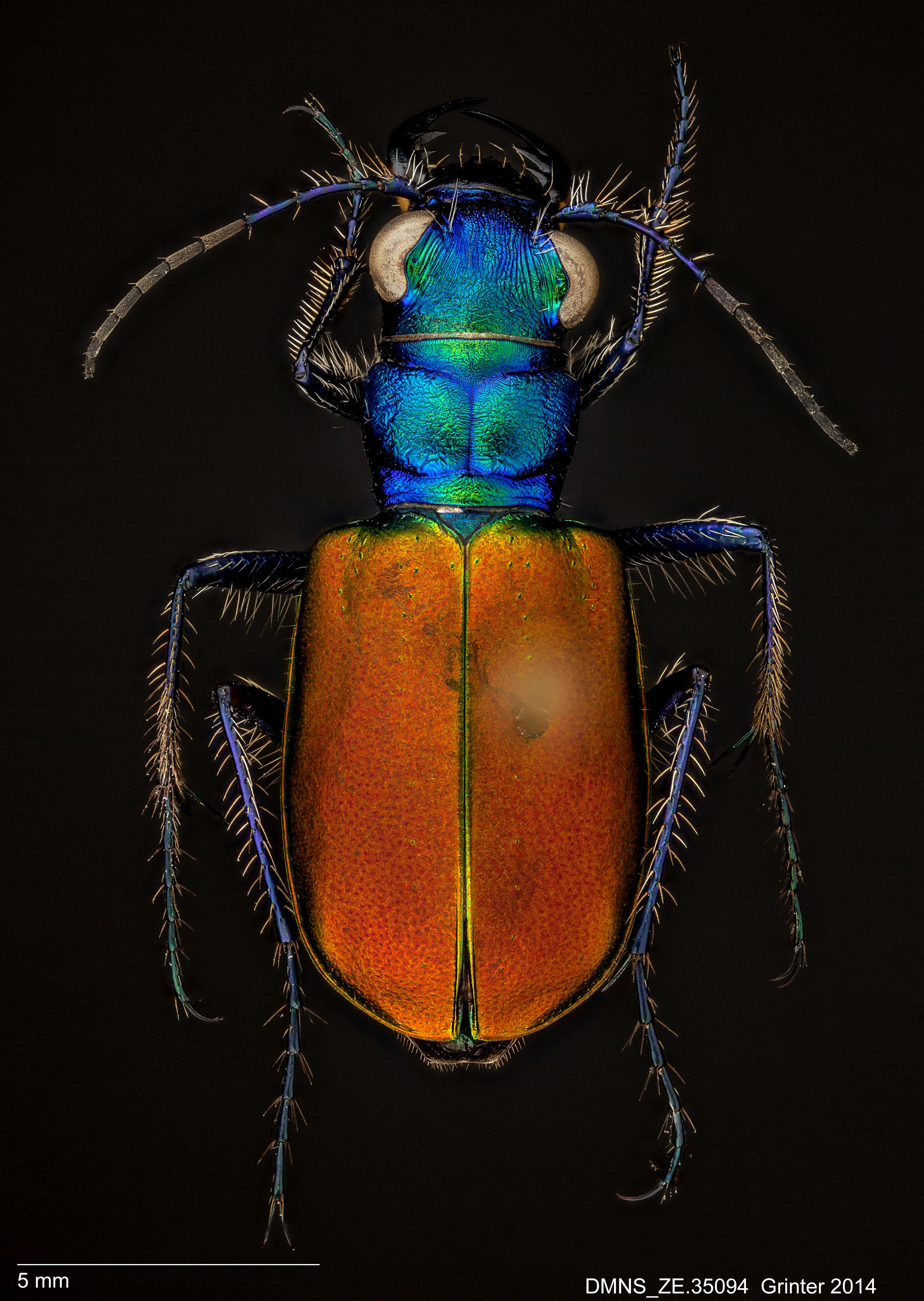 Tiger beetles (Subfamily Cicindelinae) feed on other arthropods. They have large eyes with acute vision and are incredibly fast. Tiger beetles move so quickly that they are unable to gather enough photons to form an image of their prey while running. Tiger beetles must stop pursuit to visualize prey which gives them a peculiar start-and-stop locomotion. Tiger beetles also have ears (tympana) on their abdomen underneath the elytra. 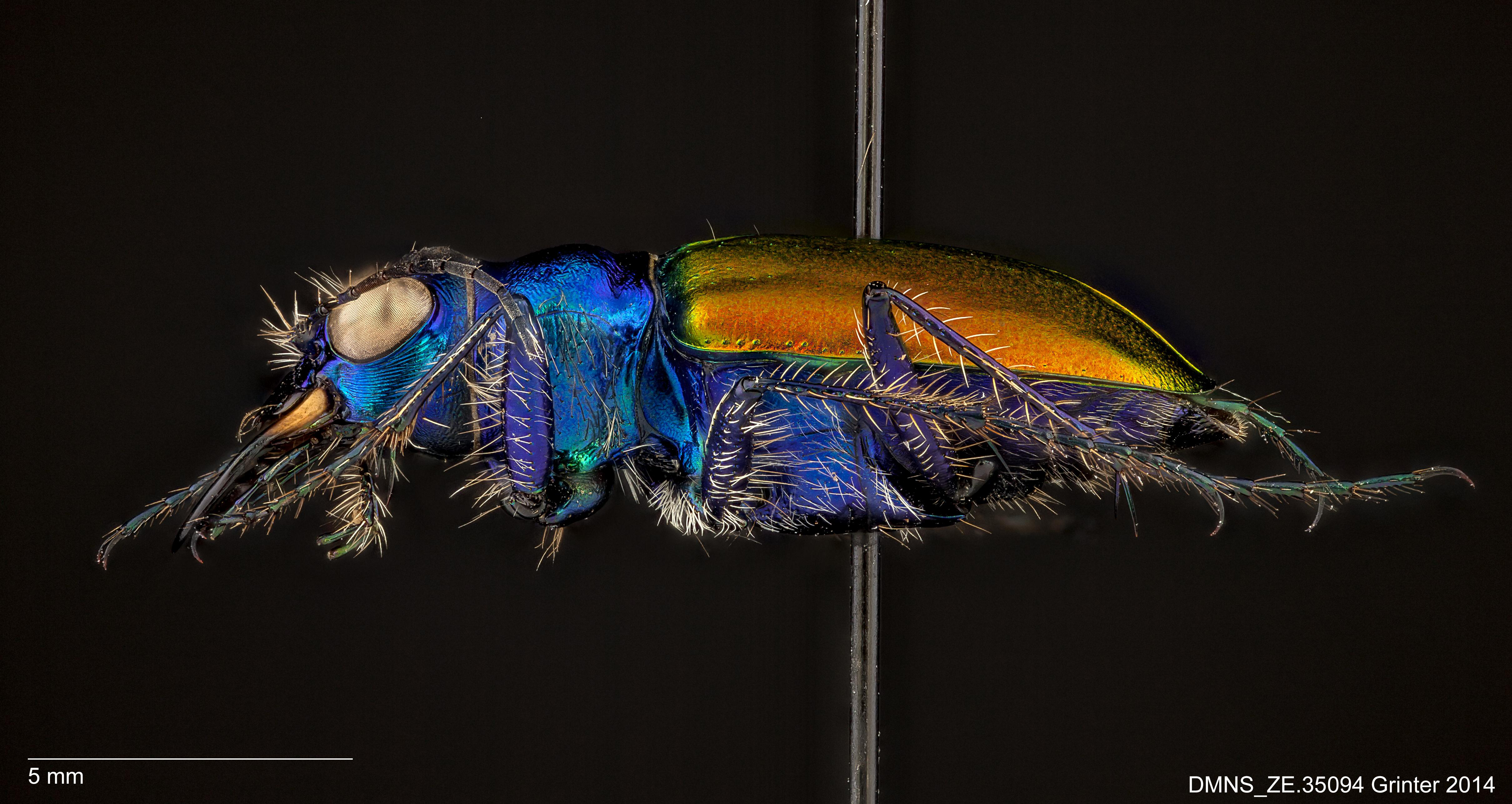