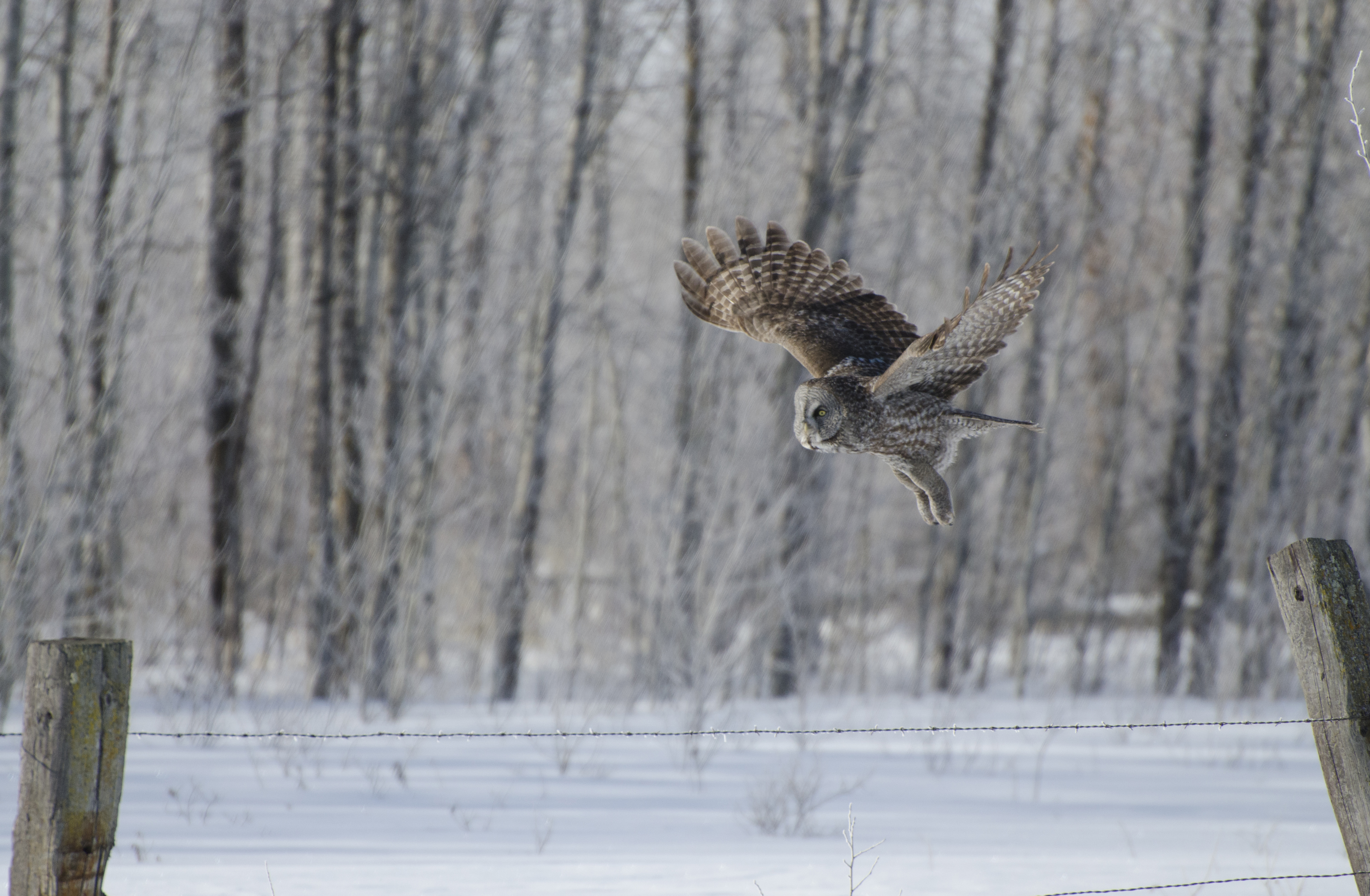 The Great Gray Owl (Strix nebulosa) is a large owl with a round head without ear tufts, a black and white “bowtie” under the face, and yellow eyes. The Great Gray Owl occurs across much of boreal Canada, Alaska, and Eurasia, and is the only member of the genus Strix that breeds in both the Old and New Worlds.

The Great Gray Owl is the largest owl in North America; however, this species weighs less and has smaller feet than both Snowy and Great Horned owls. The Great Gray Owl also has reversed sexual size dimorphism; females are larger than males.

The Great Gray Owl was chosen for the December Biodiversity Spotlight for its amazing ability to hunt under the snow. This species is a rodent specialist with voles (genus Microtus), along with other small mammals, comprising the majority of its diet. The Great Gray Owl is often observed diving into the snow to capture its prey. Despite their winter adaptations, Great Gray Owl populations sometimes move south or southeast into eastern Canada and the extreme northeastern United States in response to drops in rodent populations during the winter. These occasional winter movements are referred to as irruptive migrations.

Want to see all of our Species' Spotlights and receive iDigBio-related news? Subscribe to our newsletter!